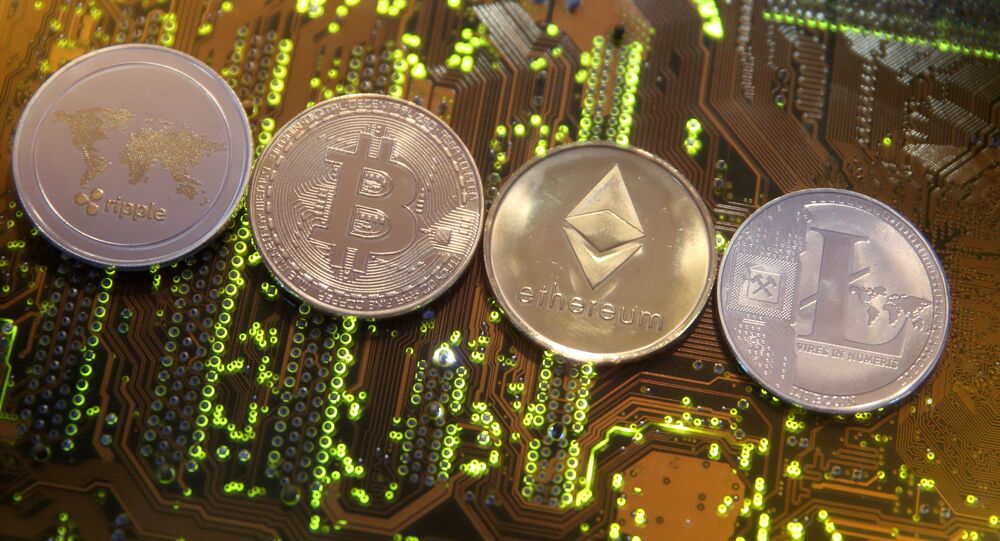 Sputnik spoke to Mark O'Byrne, Executive and Research Director of Goldcore.com, an international precious metal bullion brokerage services platform, to find out the future of cryptocurrencies market and Bitcoin in particular.

Sputnik: After a significant fall in the currency during December and January, Bitcoin is showing signs of a recovery in value. Could we see the coin regain value pre-2018 levels?

Mark: Yes, it’s quite possible in these markets these days with the amount of liquidity that’s sloshing around in the system. The short answer is yes we could, but nobody has a crystal ball and nobody knows for definite. I think it’s quite interesting from a speculation point of view and I think that’s how some of the smart money around the world is seen — as an interesting speculation. However, it is very high risk, people need to be aware of that and it’s not for widows and orphans.

Given the degree of volatility we’ve seen in recent weeks and the massive 60% collapse we saw and also the huge risks we see with the various crypto exchanges around the world. The risk is Bitcoin’s volatility itself but also the intermediate risk and the counterpart risk behind how you own that Bitcoin?

© REUTERS / Dado Ruvic/Illustration/File Photo
Bitcoin an Asset, Not a Currency: Israel Issues New Tax Regulation
Sputnik: Are these recent comments from Carney another attempt of asserting elements of ‘project fear’ against potential crypto-investors or a stark statement of an out of control investing bubble?

Mark: I think it’s a bit of both. I think there is a bit of an element of project fear and a lot of the central banks do feel threatened by Bitcoin but at the same time I think the cryptocurrency marketplace is showing the signs of an out of control bubble. The cryptocurrencies – most of them, and there’s hundreds of them, were surging in value going up ten, fifty, a hundred times in value some of them. Bitcoin, Ethereum and one or two others have real world applications, but who’s to know?

Mark Carney, Governor of the Bank of England, said there hasn’t been a medium exchange and that’s true for a period of time and that’s the real vision of Satoshi Nakamoto, the Founder of Bitcoin, so it’s not a medium exchange now and it’s not showing the characteristics of storing value in recent weeks, but who’s to know? History will tell us in time when Bitcoin does become a store for value and it possibly could. It’s hard to know – at this stage as there is a degree of volatility to suggest that it won’t be but who knows? That may change over time.

Sputnik: Back in January, we were seeing a lot people who invested in Bitcoin and other crypto-currencies actually sell and re-invest in fiat depressed currencies like Gold, Silver and Copper. Are we seeing a return of traditional assets?

Mark: There definitely was a move and we saw that ourselves, I think the smarter people in the cryptocurrency space realized the gains we were seeing were oversized and were therefore due a sharp correction. Some of those guys were diversifying into Gold and Silver, the two primary precious metals which have a proven storage of value and a huge amount of research behind them.

I think this trend will continue due to the degree of volatility we’re seeing in markets and also the big risks that are out there in terms of things like Brexit and the Trump presidency. There is a lot of political and economic uncertainty out there which will lead to an increased demand in Gold.

© REUTERS / Dado Ruvic/Illustration
Bitcoin Still in 'the Early Stages of Evolution' – Analyst
Ultimately, Gold is a reliable store of value because fiat currencies haven’t been a store of value for some time. Mark Carney who is presiding over The Bank of England, sterling itself has been a terrible store of value and sterling fell 30.2% in 2016 alone after the Brexit vote and that’s a massive fall in the value of sterling. Over the last 15 years sterling was down 11.5% per annum against gold. Gold has clearly shown its characteristics as a way to protect yourself as a true store of value against devaluation of fiat currencies. Fiat currencies lose their value over time there have been many reserve currencies throughout history.

If you go back to 1450, it was the Portuguese who had the reserve currency of the world. It was then the Spanish, then the Dutch, then the French, then the UK during the British Empire and finally, more recently we have the American Dollar as the reserve currency of the world. The dollar and the degree of debt that Trump is running up is out of control – Trump is running up a 1 trillion-dollar deficits now so I think there is a real risk that the dollar and other fiat currencies are going to be up for further debate in recent years. It’s for this reason that so many guys believe in Bitcoin, because they think it will act as a hedge this risk in the same way that gold does, but I think that is yet to be seen. It may well do but there is no guarantee because there are so many variables.