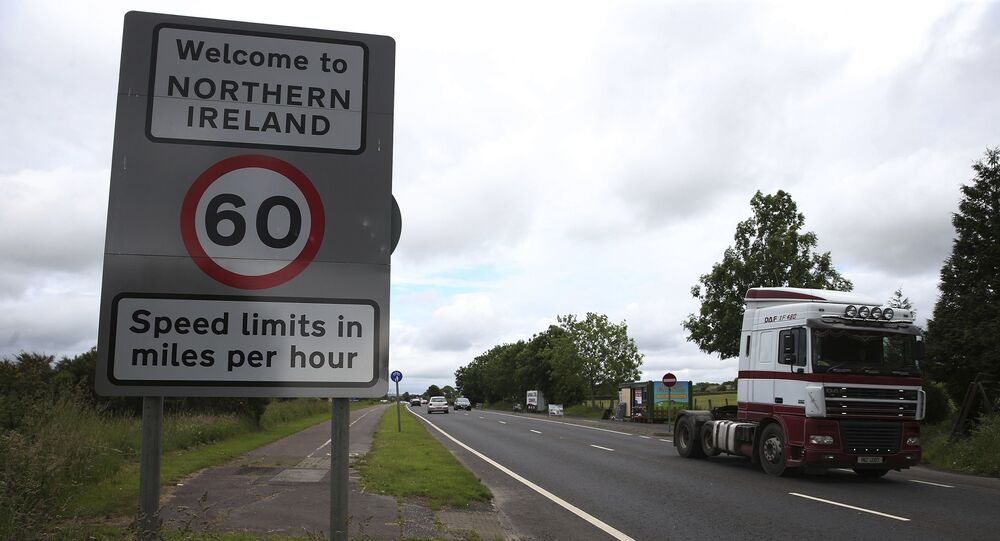 The collapse of coalition talks between the opposing sides have opened the possibility that Northern Ireland could return to direct rule from London.

On February 14 negotiations between the Democratic Unionist Party (DUP) and Sinn Fein to form a coalition government in Northern Ireland fell through, leading to calls from Lord Trimble, one of the architects of the 1998 Good Friday Agreement for the UK government to reassume direct control of the country. The 1998 Agreement established a local government in Northern Ireland comprising a power-sharing arrangement between the London-back DUP and Irish-aligned Sinn Fein.

Professor Roger MacGinty of the University of Manchester's Department of politics told Sputnik that the crisis, which has continued due to disagreement over the level of recognition accorded to the Irish language, thus far has yet to affect the functioning of the country itself.

"Direct rule gives the DUP and Sinn Fein a safety net. Northern Ireland has been without its devolved government for over a year but public services are still working. To some extent this is cost-free politicking. Bins are still being emptied and the hospital system, while creaking, is just about working," he said.

While services continue to function, the enduring rivalry between the DUP and Sinn Fein is the primary obstacle to a renewed power-sharing arrangement in Stormont.

"It is worth stressing the level of antipathy felt between Sinn Fein and the DUP at the leadership levels. They loathe one another and are not in a position where they can be seen to make a deal that could be sold as win/win. They have gotten themselves into a position where they have to be seen to claim a victory over the other side. That does not augur well for a political agreement. They calculated that they would seem weak if they were seen to make a deal with Sinn Fein on a subject that Sinn Fein wants: an act that would give the Irish language special rights. This is about following their own political base," Professor MacGinty explained."

Power-sharing between the two powers broke down in January 2017, precipitated by the resignation of Sinn Fein leader Martin Guinness.

The Democratic Unionist Party, who are Prime Minister Theresa May's coalition partners in Westminster have repeatedly threatened the stability of the government due to fears that a potential Brexit transitional agreement between London and Brussels might lessen the institutional links between Northern Ireland and the rest of the United Kingdom. Such fears led to their nearly sinking such an agreement in December 2017.