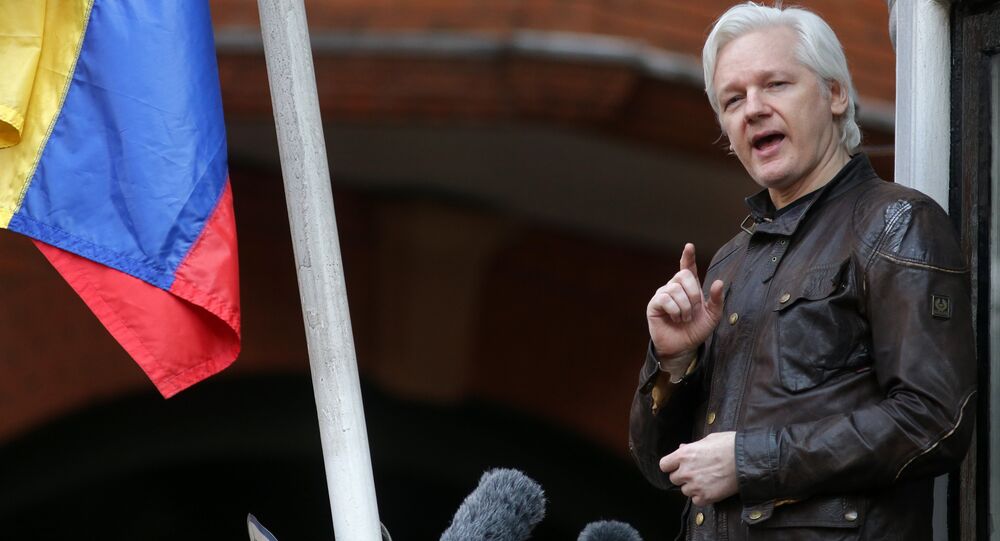 Journalist: ‘Julian Assange Was Set Up for Obvious Reasons’

According to e-mails that recently surfaced in the media, Swedish prosecutors were ready to drop their investigation against Julian Assange back in 2013, but Britain’s Crown Prosecution Service heavily insisted that the case should remain active.

Sputnik: What do you make out of these new revelations?

John Pilger: Well they are not new revelations, they are the latest revelations, in fact you can go back 8 years, when the whole thing was discredited by the original Swedish prosecutor Eva Finné, who said there was no case to answer against Assange. And it was only because of political reasons that the next prosecutor Marianne Ny picked it up. She tried to get rid of it in 2013 because there was no case. It was clearly a gross miscarriage of justice and what was truly scandalous about this is that an official of the Crown Prosecution Service in London actually dissuaded her from giving it up. He said, and I quote from one of these e-mails, "don't you dare get cold-feet". An extraordinary thing to say, so, thereby he and the two of them committed Julian Assange to spend another 4 to 5 years in detention, a detention that is being described by the United Nations as unlawful, as cruel and unusual and here we have tomorrow in London, a judge actually deciding whether this case is in the national interests. What about the interests of Justice? Assange has been vindicated right from the beginning in spite of the torrent of campaign against him. I've read the SMS messages between the two women involved long ago and the prosecutor in Sweden kept back this evidence so that it wouldn't destroy her case, which is does. So the vindication for Assange is here and this judge should confirm it.

Sputnik: Can you talk about the motives on the various sides? What motivated all of the actors in this very strange spectacle to act as they did?

John Pilger: Well, it is not a very strange spectacle. It's a very deliberate spectacle. These are bogus allegations, they always were and Assange was set up for obvious reasons, not very strange very obvious. In 2010, Hilary Clinton, who was then Secretary of state, was conducting a major campaign against WikiLeaks. Assange was in Sweden. An entrapment, of a kind, was set up, I'm not saying it was precisely that, but it certainly evolved into that, and certainly the rather corrupt process that followed that with the European Arrest warrant and so on pursued that. And of course, now we have a situation where Julian Assange dare not come out of the Ecuadorian embassy, because he will end up with an extradition to the United States and a sentence in an American prison. It's really one of those classic cases of injustice and miscarriage of justice that is deeply shaming on the system in Britain. It is certainly deeply shaming on the system on Sweden. Swedish law, which demands the conduct of preliminary investigation as expeditiously as possible, and when there is no longer reason for pursuing the investigation it shall be dropped. That's back in 2010 and Assange was prisoner in Ecuador. You asked why this has happened. Well this happened because WikiLeaks has told the truth about great power in the world. It's very simple — it published the Afghan war diaries, the Iraq war diaries, Clinton's corrupt diplomatic cables. WikiLeaks has exposed so much.

Sputnik: We have a British judge that will be ruling whether Assange can have his arrest warrant for breaching bail conditions lifted on public interests grounds, that will be, tomorrow. What do you expect will be the outcome of that ruling and what are your expectations? How would the results of that ruling change the entire situation?

John Pilger: Well, I don't know what to expect; I'm never surprised by or disappointed frankly because, I don't have high expectations. There's no question what should happen. The case is very clear, it's very obvious. It's a not juridical rocket science. It's there and it should be resolved. It's a stain, it's a stain on the Brittan, this case. If the judge does say that it is not in the public interest and therefore the case is over, of course Julian Assange cannot walk out of the Ecuadorian embassy, because the FBI made it very clear that the only reason, and it was I think James Comey the director who said this some time ago, they made it very clear that the only reason that they don't put out the extradition order against Assange is that he is in Ecuadorian embassy. So there is the dilemma there — what Brittan should be doing under international law, and it is an international law that is being laid down by the United Nations working party on unlawful detentions and that is providing safe passage for Julian Assange out of the embassy. We now hear there is certain pressure in France to give Assange asylum. I don't know, how substantial that is, but that's hopeful.

The views and opinions expressed in this article are solely those of John Pilger and do not necessarily reflect those of Sputnik.

Activist: Julian Assange's Fight In UK Court ‘Not Over Yet, Just Beginning'