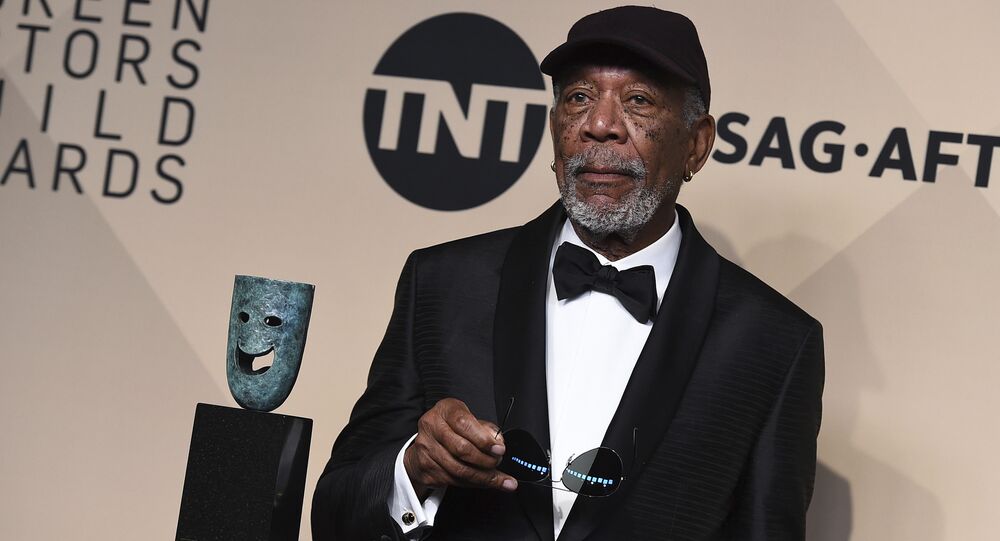 'Instrument of Influence': Why Freeman Agreed to Star in Bosnia War Documentary

Commenting on coverage of the Srebrenica massacre during the 1992-1995 Bosnian War in a series starring Hollywood star Morgan Freeman, Serbian moviemaker Aleksandar Mandic said in an interview with Sputnik that all this indicates a common American trait which can be called "pretentious incompetence."

The National Geographic Channel's "Story of Us" documentary features Morgan Freeman meeting well-known Bosnian TV journalist Senad Hadzifejzovic and his son to discuss the 1990s conflict in Bosnia and Herzegovina, according to the Balkan Insight.

While depicting Serbs as the only people responsible for mass killings during the Bosnian War, the documentary, in particular, keeps mum on the 1993 Kravica Attack, in which Serbian civilians were killed by Bosnian forces.

Speaking to Sputnik, Serbian film director Aleksandar Mandic specifically mentioned Americans' "pretentious incompetence," saying that "it is a specific feature of major nations which typically think they are smarter than everyone and know everything, albeit in reality they are ordinary ignoramuses."

"A person has no idea what he is saying, but he behaves as if he knows everything. The most amusing and at the same time most terrible thing is that they aren't burdened by any of the consequences, either from their words or from bombing or death," Mandic noted.

He suggested that all this may pertain to a "behind-the-scenes manipulation" when it comes to Freeman's participation in the "Story of Us" documentary.

"Anyone who needs some kind of statement knows who he is dealing with and knows in advance how this statement will sound.  Freeman talks about things that he thinks he understands. But I am convinced that this is not so," Mandic said.

He was echoed by his colleague Stanko Crnobrnja, who called Freeman "a politically profane" man, who, like many Hollywood stars, "traditionally visits hot spots." According to Stanko Tsrnoburni, "it is widely known that American state structures use Hollywood and show business as an instrument of influence."

"Hollywood has been serving to promote American soft power for a long time. In the United States, the connection between politics on the one hand and the media and Hollywood on the other is obvious and natural: Kennedy, Reagan and Obama were television, cinematic and Internet presidents, respectively, while Trump is the president from Twitter," Crnobrnja concluded.

© AP Photo / Chris Pizzello/Invision
Driving Miss Crazy: Morgan Freeman Declares War on Russia at Rob Reiner's Behest
Another Serbian moviemaker, Bratislav Petkovic, for his part suggested that Freeman hardly believes in what he says and that all this is most likely related to what he's earning.

"In America, you can order anything and the only question is how much you are willing to pay for it," he said.

More than 8,000 Muslim Bosniaks were killed by Bosnian Serb forces during the Srebrenica massacre in July 1995. The Sarajevo Serbs association, in turn, claims that about 6,600 Serbs were killed in the Sarajevo region during the 1992-1995 Bosnian War.