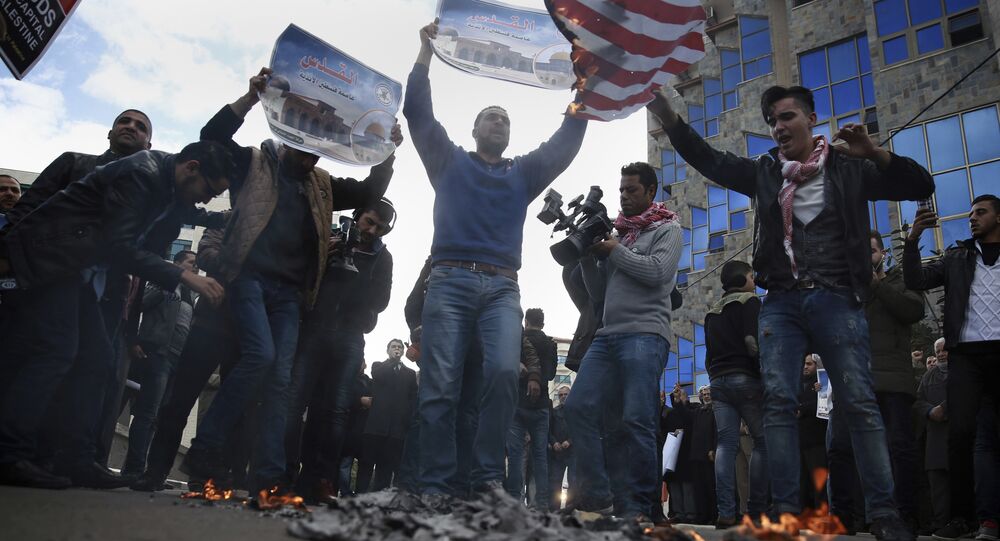 The Palestinian territory of Gaza is on the brink of running out of fuel and power, with its hospitals either ceasing or slowing operations as the crisis mounts.

Radio Sputnik's Loud & Clear cohosts Brian Becker and John Kiriakou were joined by Ali Abunimah, author and co-founder of the pro-Palestinian news outlet The Electronic Intifada, who was once described by progressive newspaper The Forward as "the leading American proponent of a one-state solution to the Israeli-Palestinian conflict."

"Well, it's already run out of fuel. In particular as of yesterday, the health ministry had announced 19 health facilities 16 sixteen clinics and three major hospitals had run out of emergency fuel for their backup generators," said Abunimah.

​"Now these hospitals are relying on backup generators because Israel severely restricted the electricity supply to Gaza to just a few hours a day, as part of its decade-long siege on the territory, and what has happened is these hospitals have run out of their emergency supplies of fuel."

"They are unable to perform surgery, hundreds of dialysis patient are in life-threatening situations, pediatric patients and children basically in pediatric intensive care. Their lives are at risk, according to doctors, and up to 200 surgeries or procedures having to be postponed. The so-called international community has plans to provide just enough fuel to keep things going for a few more weeks, although that hasn't happened yet."

"At the same time the situation keeps getting worse and worse and worse. According to Human Rights Watch and the UN, in 2017 Israel tightened the siege on Gaza in many ways, including reducing even further the number of medical permits that it gives the Palestinians who need lifesaving treatment to go to the West Bank or to hospitals in Israel or other countries because they can't get that treatment in Gaza."

"The number of medical permits approved has fallen to the lowest level since 2006. Israel is also making it much harder for Palestinians confined to Gaza to get lifesaving treatment outside the territory."

The World Bank reports that about 65 percent of Gaza's fuel is imported from Israel and paid for by the Fatah-controlled Palestinian Authority in Ramallah in the West Bank — not the Hamas government of Gaza. Another 12 percent comes from imports from Egypt, and the last 23 percent is domestically produced.

Since 2007, Israel has instituted a blockade against the Gaza Strip. That same year, Fatah and Hamas split, and relations have been on a downward spiral ever since. In June 2017, PA leader Mahmoud Abbas called for Israel to limit the power provided to Gaza to pressure Hamas into handing control of Gaza over to Fatah.