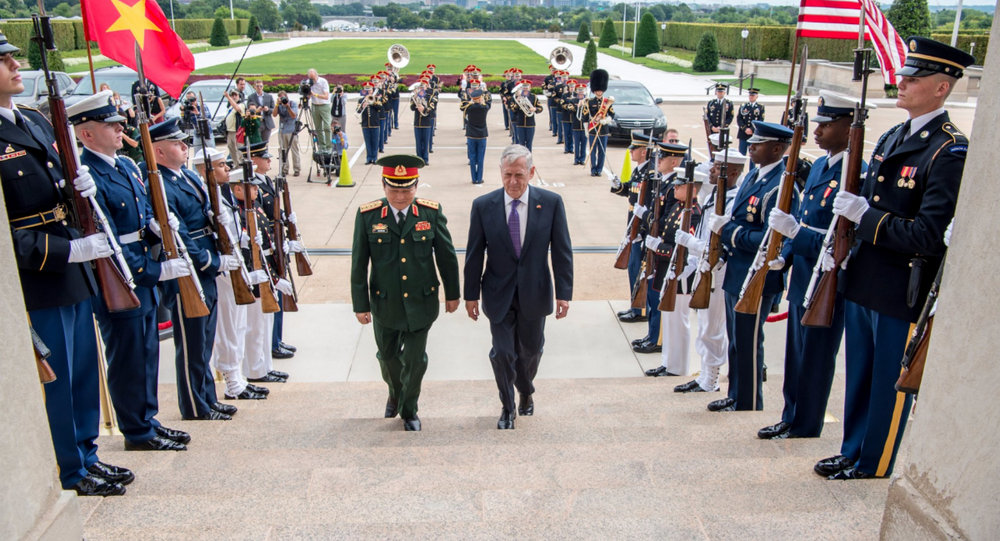 The first-ever audit of the US Department of Defense (DoD) has already turned up more than $800 million unaccounted for in Pentagon financial records ‒ and the auditor, accounting firm Ernst & Young, has only looked at the Defense Logistics Agency, one of dozens of DoD agencies.

On Radio Sputnik's Loud & Clear, co-hosts Brian Becker and John Kiriakou spoke to Lawrence Korb, an assistant secretary of defense during the first term of former US President Ronald Reagan and now a senior fellow at the left-wing advocacy group Center for American Progress and a senior adviser to military think tank Center for Defense Information.

​"Well, I think it's important to keep in mind that the Defense Department is really the only federal agency that has not been able to be audited," Korb began, referring to the fact that the DoD has ducked a 1990 federal law that requires all executive branches to release their finances to Congress every year — something they have never done.

"This is the the beginning of the Pentagon being audited and the Defense Logistics Agency is one of the bigger units in the Pentagon. The commander of the DLA said he's not surprised, this is what they needed for for quite a while, so I think this is a good sign that we're starting to audit the Pentagon and they've started here at one of the bigger agencies."

"Hopefully it will go through the rest of the Pentagon and we'll find out about a lot of the money that we can account for to help us to manage whatever money Congress gives the Pentagon much better. It was a year ago at this time [that] the Defense Business Board came out and said that they were wasting $125 billion a year with excess back office space. The Pentagon tried to bury it at the time, but at least this has been made public and the commander has acknowledged the shortcomings."

Kiriakou asked Korb how the Pentagon, with a budget that measures in the hundreds of billions of dollars, is able to account for what they're spending all that money on without the assistance of an outside auditor. Korb explained that often, that accounting just goes undone.

"If you're in the Pentagon today, you are still spending at fiscal year 2017 levels because you don't have a fiscal year 2018 budget — even though you're three-quarters of the way through the fiscal year. You may remember the government did shut down a couple of weeks ago, and so here you are with your spending at 2017 levels. Now it's 2018 and Congress is asking you for the fiscal year 2019 budget next Monday, so it's not surprising, given all of that, that you can have people not keeping as good records as they should with the money."

"The good thing about this thing with the DLA is that nobody's accusing the people themselves of stealing the money or or anything like that."

Becker then brought up the Pentagon's "revolving door" of civilian and military officials heading out to work for defense contractors after their terms are complete and heads of the same contractors heading in to become civilian heads of the DoD. The cooperation incentivizes poor oversight and a blind eye to wasteful spending, the host claimed.

Korb was inclined to agree with Becker's assessment. "If you take a look at all of the people below [Defense Secretary James] Mattis in the Pentagon right now, they're all coming from the defense industry. Not only [do they] have people going out, a lot of people come in. The deputy secretary of defense is from Boeing, there are people up there from Raytheon and a whole bunch of other companies. So to the extent that that's a problem, it's going to get worse, given all of the appointees that they've made this time."

Pentagon: US Has Not Equipped Allies in Syria With Surface-to-Air Weapons