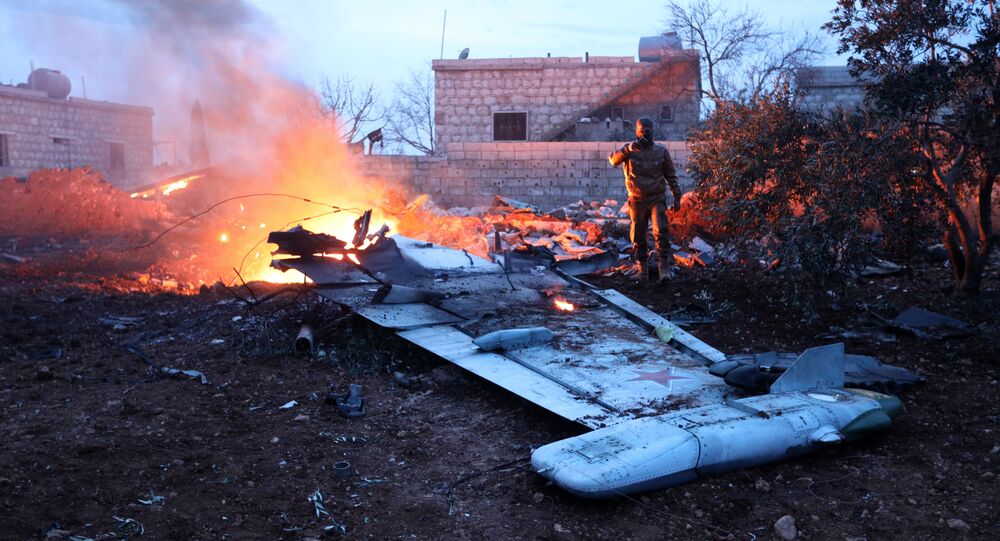 The Russian Su-25 jet was downed by a missile launched from an area in Syrian Idlib, controlled by Jabhat Fatah al-Sham. The pilot, who died fighting off the terrorists, was posthumously awarded with the title “Hero of the Russia”. Two Turkish analysts shared with Sputnik their opinion on what this incident means for Syrian peace process.

How did terrorists obtain MANPAD systems?

Head of the Ankara Institute of Strategic Research Rafet Aslantas thinks that militants obtained MANPADs via the US program that supplied the Kurds People's Protection Units (YPG) with, among other things, high-tech portable air-defense systems. Rafet Aslantas believes that since many militants often change which side they are fighting for and take their weapons with them, some of the MANPAD systems could have ended up in hands of Jabhat Fatah al-Sham.

“We have always wondered, if those US supplies were meant to be used against Daesh (banned in Russia), why air-defense systems were also among them, considering the fact Daesh never had attack aircraft in the first place,” Aslantas says.

Oytun Orhan, specialist on the Middle East at the Center for Middle Eastern Strategic Studies (ORSAM), says that in this case all we can do is to play the guessing game, but considers the theory that armaments were supplied by the US to be the most likely explanation, noting that he believes that the group that took down the jet was among those who received weaponry and training as a part of the US program.

The expert also drew a parallel between the Su-25 incident and the recent drone attack on the Russian base at Hmeymin, claiming that the former may very well be the continuation of the latter. Oytun Orhan thinks the latest attack may serve as a message marking US concern over the Turkish operation in Afrin.

What does this attack mean for the Astana peace process?

Rafet Aslantas is adamant that the military contingent of the countries working on establishing a de-escalation zone in Idlib face an acute threat of being discredited, reminding that a Turkish tank was destroyed almost simultaneously with the Russian jet fighter.

He believes that for the Astana peace process to succeed, all countries that support the initiative must work together, because if certain parties decide to violate agreements, while others adhere to them, the situation will only get worse, and the process will be stalled. Rafet Aslantas is confident that Turkey and Russia will fulfill their responsibilities and the positions of other actors on the matter are soon to be revealed.

His counterpart, Oytun Orhan is confident that Turkey sees the attacks, like the one performed against the Russian jet, as an attempt by those who were left “overboard” to sabotage the Astana process and to compromise the de-escalation agreements.

“Attempts to distort Turkish-Russian relations, like the assassination of Andrey Karlov and the attack on Hmeymin gave the quite the opposite effect than intended, as cooperation between the two countries has only intensified,” says Oytun Orhan.

“If both sides decide that the US is behind those attacks,” concludes the expert, “cooperation between two countries will continue to develop and foster speeding up the construction of new observation points.”

Russian Su-25 jet fighter was downed by a MANPAD missile on February 3, by Tahrir al-Sham terrorist group. The pilot ejected himself from the jet, but was encircled and died fighting the terrorists.

The Astana peace process, one of the tracks of Syrian peace settlement, started in January 2017 and was devoted to establishing de-escalation zones and solving military issues. One of the main achievements of these talks was establishment of the de-escalation zones in the northwestern Idlib province and parts of other Syrian provinces.

The views expressed in this article are solely those of Rafet Aslantas and Oytun Orhan and do not necessarily reflect the official position of Sputnik.