Before kicking off his weeklong tour of Latin America, US Secretary of State Rex Tillerson urged governments in the region to secure their sovereignty against "predatory actors" such as China, Russia, and even the EU. Brazilian professor of international law Evandro Menezes Carvalho told Sputnik why Tillerson's claims were just plain foolish.

In a speech in Texas on Thursday, Tillerson warned of an "alarming," "growing" Russian presence in Latin America, and complained that Moscow "continues to sell arms and military equipment to unfriendly regimes who do not share or respect democratic values." China, meanwhile, offers an "imperial" model of development, and its investment "offer always comes at a price," according to the secretary of state.

Asked to comment on Tillerson's remarks, Dr. Evandro Menezes Carvalho, director of the China studies program at the Getulio Vargas Foundation School of Law in Rio de Janeiro, emphasized that the secretary's assessment simply "is not based on reality."

"Businesspeople like to say that money has no nationality, so why should we suppose that Chinese, Russian or European investments are 'predatory' and American investments are not?", the professor asked. In reality, he noted, "the question of investment being predatory depends on the rules in force in each country and how their government is dealing with this money that comes from abroad. That is, [it comes down to] whether they know how to defend themselves against predatory investments, regardless of nationality."

© REUTERS / Ueslei Marcelino
Venezuela Crisis Tops Tillerson's Agenda on Tour of Latin America
Furthermore, according to Carvalho, investments from new sources including China actually provide Latin America opportunities to escape economic crises. "So I think that when we're talking about economic reasons, his assessment is something that for example as a Brazilian I can't accept."

Sputnik: Can you imagine how Washington might have reacted if Moscow, Brussels or Beijing made a similar statement accusing Washington?

Dr. Carvalho: Maybe this is more related to politics than the economy. We have to consider that the US has never proposed an economic integration project that could truly integrate Latin American countries. If we analyze for example the free trade area that they proposed during the 90s, we see that it's only base on reducing tariff barriers.

Now, China's Belt and Road Initiative, as an infrastructure integration project, is totally different. When we look at the European Union, that's a project of the full integration of national economies. The point is, I don't see a kind of resistance from the Latin American region regarding any kinds of investments.

© AP Photo / Christian Torres
A truck drives near the Mexico-US border fence, on the Mexican side, separating the towns of Anapra, Mexico and Sunland Park, New Mexico

Sputnik: How do you think Latin American countries would respond to Secretary of State Tillerson's statement? How valuable are the ties to China and Russia for Latin American nations? 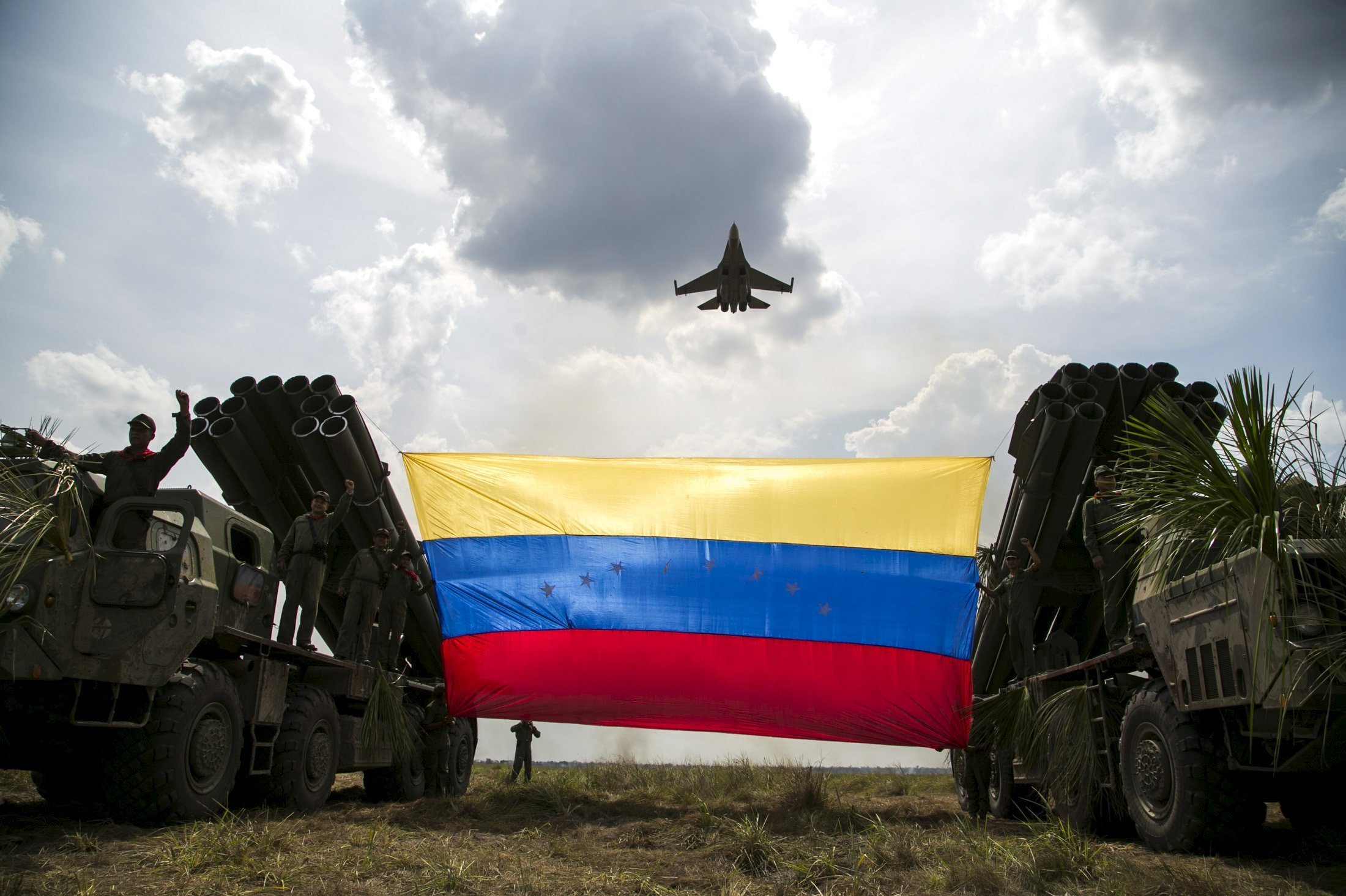 Dr. Carvalho: This reflects a very nationalistic foreign policy practiced by the United States, and a kind of review of that very old policy of 'America for America'. It is no time to accept this sort of policy to Latin American countries.

So I think it's time to preserve our sovereignty, to protect our capacity to establish our policy, and also to promote a very democratic international system. This kind of declaration made by Mr. Tillerson is against this spirit – a spirit established by international law. Latin America has not become more oriented toward Russia and China because it is getting Russian or Chinese investments. Latin American countries are exercising their right of sovereignty – this is the point. 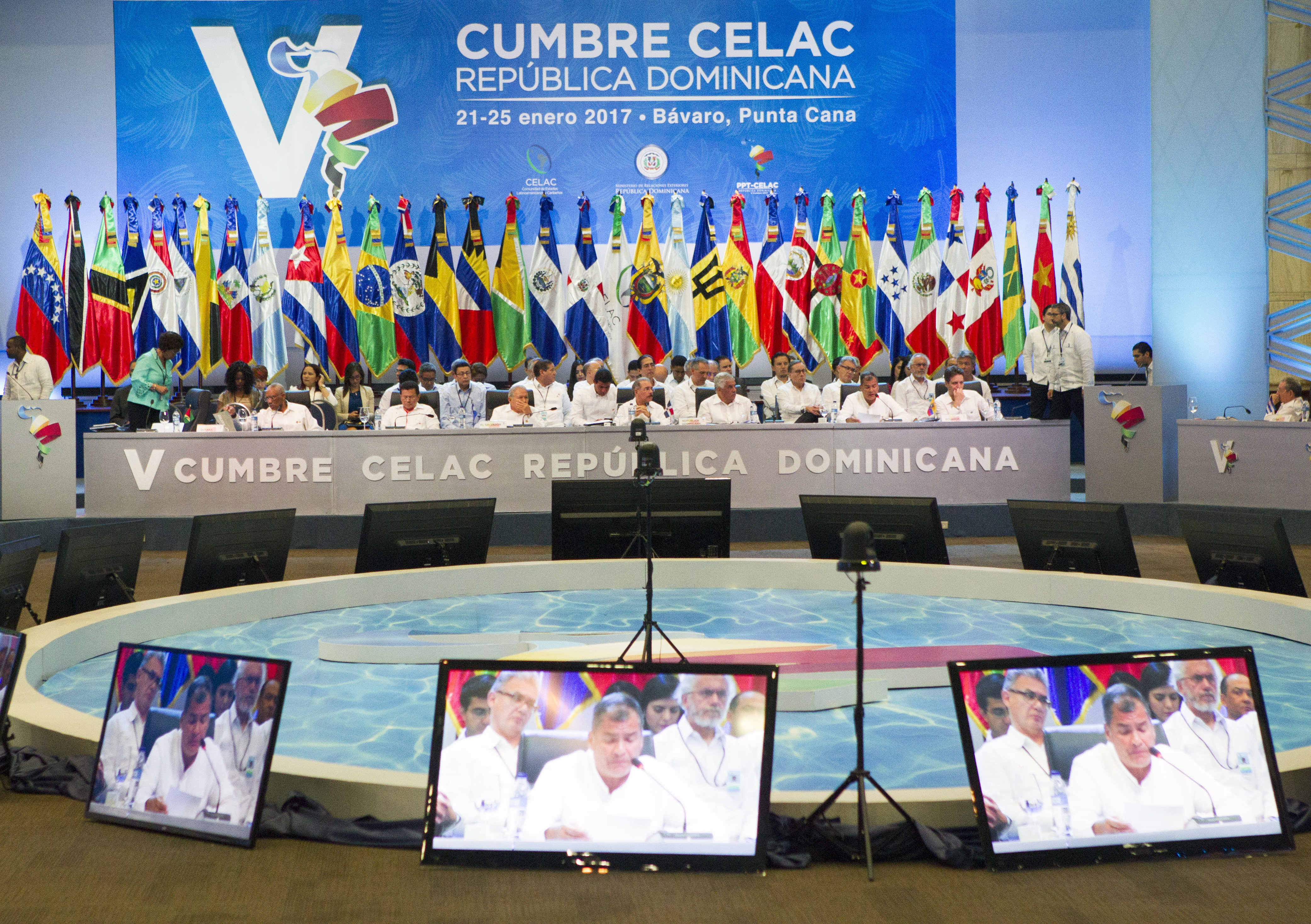 © AFP 2019 / ERIKA SANTELICES
Ecuadorean President Rafael Correa is seen at screens as he speaks at the plenary session during the Fifth Summit of the Community of Latin American and Caribbean States (CELAC) in Bavaro, Dominican Republic, on January 25, 2017

The views and opinions expressed by Dr. Evandro Menezes Carvalho are those of the expert and do not necessarily reflect those of Sputnik.