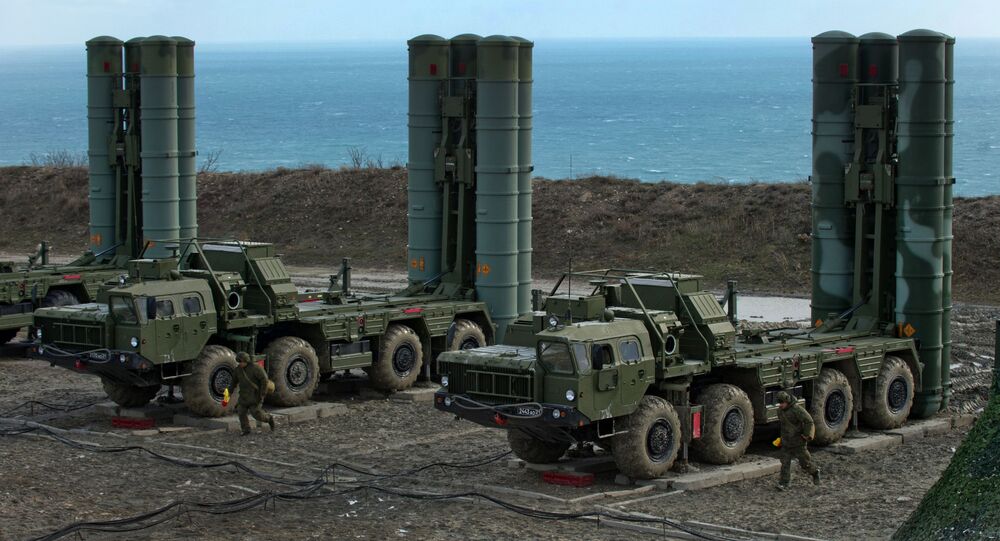 Commenting on the US State Department's plans to take "appropriate measures" against those countries which are poised to buy Russia's S-400 missile systems, Turkish MP Recai Berber told Sputnik that Ankara's stance on the matter remains unfazed.

Recai Berber, member of Turkish parliament from the ruling Justice and Development Party and chairman of the parliamentary Turkish-Russian Friendship Group, has recalled that Ankara decided to purchase the S-400 systems after holding talks and reaching relevant agreements with all its allies.

"Consequently, we know that this decision cannot contradict our membership in NATO and allied relations with the United States. Within the framework of the agreement on S-400, it is also a matter of technology exchange between Russia and Turkey. So NATO allies opposing it is out of the question," Berber said.

© Sputnik / Alexey Malgavko
US May Sanction Turkey Following Purchase of Russian S-400 Systems - Reports
He pointed to "contradictory messages to the public " issued by the US State Department, the Pentagon and the US President, which he said led to the situation when "neither we nor the international community can understand which of the messages reflects the true will of the US Administration."

According to him, the State Department’s statement was made without any consultations given that positions on the matter "have already been clearly defined by Turkey and NATO."

"We have no doubt about the purchase of the S-400. Turkey adopted a relevant decision and clinched an agreement to further develop the entire subsequent process. Such a statement by the US State Department does not oblige Turkey to anything," Berber emphasized.

"The US has repeatedly put obstacles to Turkey's attempts to purchase long-range air defense systems. However, taking a decision on the S-400, due to be used separately from NATO to provide Turkey's national security, Ankara made a meticulous long-term assessment of the situation," Karatas noted.

He recalled that the US continues to exert all sorts of pressure on Turkey in order to prevent it from purchasing the S-400 systems. According to him, the main question is "what steps the US will take regarding Ankara's purchase of these systems from Russia."

Citing "the political and military situation", Karatas suggested that the US will be unable to keep Turkey from buying the S-400.

"The US has lost support in Turkey, both politically and socially, as 85 percent of the Turkish public supports the anti-American and anti-NATO stance. I believe that amid the ongoing Afrin military operation and Ankara's further actions in Syria as part of anti-terror fight, Turkey will not change its decision on the purchase of the S-400," he concluded.

© REUTERS / Mahmoud Hebbo
Afrin Tensions: US Warns Turkey Against Actions on Syrian Kurds as Ankara Insists on Right to Self-Defense
Earlier this week, the US State Department threatened to slap "appropriate measures" against those countries which are willing to agree with Russia on buying the S-400 systems.

In September 2017, Moscow and Ankara clinched a deal on the delivery of the S-400 surface-to-air missile systems to Turkey. Later that month, Russian presidential aide Vladimir Kozhin confirmed Turkey's up-front payment for the S-400s, saying that the delivery is scheduled for 2019.

The agreement caused uproar in Washington, prompting Turkish President Recep Tayyip Erdogan to underscore that his country was free to make independent decisions about its national security.

The views and opinions expressed by Recai Berber and Beyazıt Karatas are those of the speakers and do not necessarily reflect Sputnik's position.