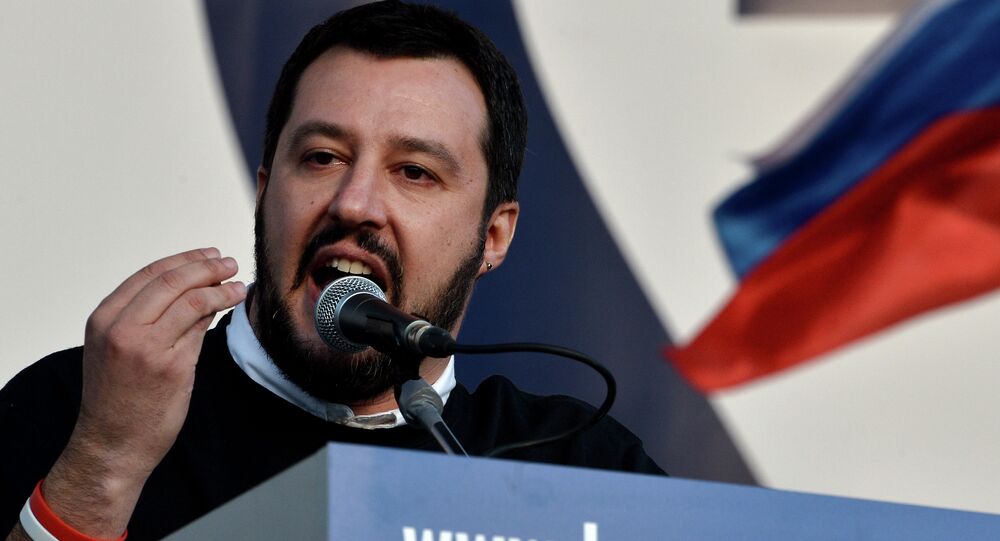 Eurosceptic politician Matteo Salvini is among the favourites to win the upcoming Italian elections, as it seems that many within the country are frustrated with Brussel’s policies. Sputnik spoke with James Newell, Professor of Politics at the University of Salford, to hear his views on whether Italy could leave the bloc.

Sputnik: Is Matteo Salvini likely to be elected? And what are his policies?

James Newell: Salvini could be elected. It's incredibly uncertain what the outcome will be, I don't think there's anybody who'd be willing to place any significant bet on the outcome. His polling figures are currently high and he's part of a coalition with Silvio Berlusconi and they're in disagreement as to who should become prime minister after the election.

The center-right coalition is currently ahead in the opinion polls but the electoral system is such that unless a coalition manages to win about forty percent of the vote, it's unlikely to have an overall majority.

The electoral system is also a new one that was introduced last year, it's a combined proportional majority system and it's very uncertain what its effects will be.

What Salvini's been trying to do, is to enhance his parties unique selling point by taking a very euro sceptical stance in the election campaign, he's even gone as far as to promise to reintroduce tariffs and to refuse to respect the EU's fiscal compact, so perhaps there are echoes of Donald Trump there.

What he's trying to do as a right wing populist, is to spearhead popular resentment over Italy's economy and regarding the migration crisis in the direction of Brussels.

Sputnik: Could Italy actually conduct an EU membership referendum and leave the EU?

James Newell: That is extremely unlikely because the Italian constitution specifically precludes holding referenda on international treaties.  Now of course you could engineer a constitutional change to make that possible, but that would be very difficult given the cumbersome nature of the process of constitutional reform in Italy requiring two thirds majority in both houses of parliament and a double vote each time.

If you don't get that, you have to have a referendum on post constitutional change itself and of course last September we saw the latest attempt at a referendum fail spectacularly, leading to the resignation of the then prime minister; Matteo Renzi, so it would be very difficult indeed.

Sputnik: Has EU membership for Italy been positive or Negative?

James Newell: Italy has faced considerable problems with economic growth for a long period of time, for at least the past two decades it's lagged behind the European average, they have a massive level of public debt, which restricts the freedom of movement of governments to invest in the kind of infrastructure projects which might help generate the growth and help business.

On the other hand, it's no longer possible for governments to help Italian industries become more competitive in world markets by devaluing the currency, so in that respect Italy may well have been better off without having been a member of the single currency.

The views and opinions expressed by James Newell are those of the speaker and do not necessarily reflect those of Sputnik.