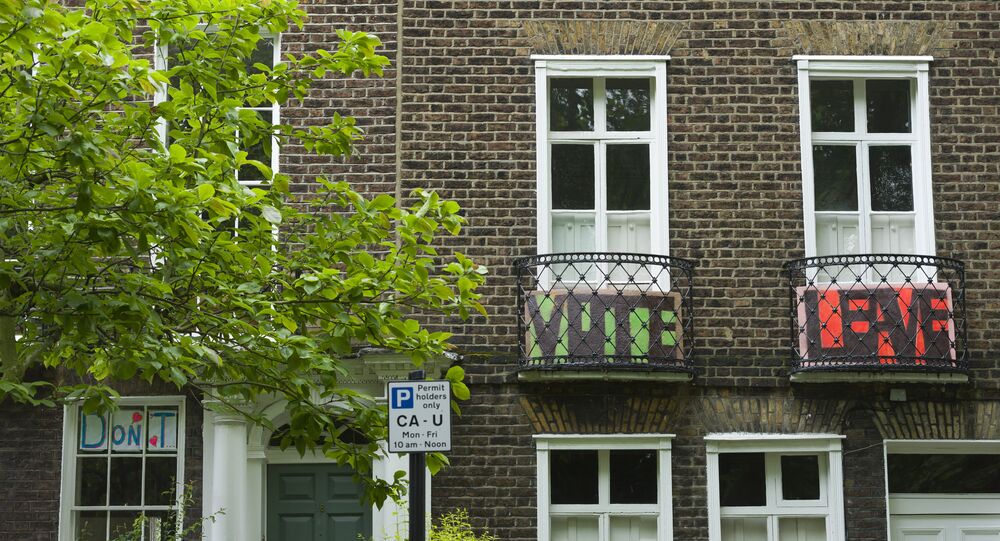 Written by 27 leading British academics, the study concludes that the voting decisions of the general public in the referendum and their views of the European Union and Britain's place in it are shaped their personal value systems.

The British think-tank UK in a Changing EU on January 31 published a report detailing new social and political divisions emerging in Britain as a result of the United Kingdom's impending exit from the European Union.

Unusually, the report examined questions of religious identity and found that those self-identifying as Anglican were by far the most likely faith community to vote in favor of Brexit, due to the Anglican Church being inextricably linked to the monarchy and Britain's national identity. The authors also suggested the influence of historical anti-Catholic animosity as being partly responsible for the result, despite Catholics also being more likely to back the Leave campaign than Remain. Those with no religious affiliation were the most liable to support remaining in the European Union.

Support for Leave and Remain was also found to correlate with peoples' views that minorities in Britain have been given too much preferential treatment and those who thought they have not been given enough, respectively.

'The Public Has Been Polarized by the Referendum'

Alan Wager, a research associate at UK in a Changing EU was one of the authors of the report and spoke to Sputnik on the various fault lines in British society that appear to have been solidified by the issue of Brexit.

"I think what the analysis shows is a retrenchment around issues of values and identity and what we know about issues of identity and peoples' identities is that they're not very quick or swift to change. The public have been polarized by the referendum around values and people continue to think much the same way about those who voted the other way as they did nineteen months ago," he said.

In general the report determined an urban-rural divide has emerged with the more urbanized, financially prosperous regions backing EU membership while those with smaller populations and lagging economic growth leaning towards leaving the bloc. The report also examined differences in opinion on the constitutional consequences of the referendum result among the four constituent nations of the United Kingdom, particularly Scotland and Wales where strong support for devolution exists while attitudes towards curbing immigration have been found to correlate with those held in the rest of the UK.

"In Scotland, people are far more driven by the devolution of government policy to a sub-national level than in England but on questions like immigration the report from John Curtice shows that opinion is not much difference between countries in the UK," he added.

The task of balancing the polarized demands for implementing and derailing Brexit have become increasingly fraught for both parties throughout 2017. Labour leader Jeremy Corbyn has faced criticism from many MPs in his party who wish to see a second EU membership referendum and claim that the party's support in London may evaporate at the next election if it commits to Brexit, despite much of the Leave heartland being the party's historical base.

"The geographical divisions over Brexit factor into the electoral and political calculations for both parties but both provide more questions than answers and more possibility for problems than potential areas to exploit. Many of the geographical areas where Labour has traditionally been strongest, in the northwest, Yorkshire and the north east, particularly in towns in those areas are where the Brexit vote and the social factors that drove it continue to be the most influential. The most immediate problems will be for the Conservative Party, when you look at key areas like education, age and when we come up to the local elections in May which are predominantly in London, we're going to see some real problems for the Conservative Party caused by this cleavage that is about social and economic factors," Mr. Wager explained.

The increasingly sharpened differences within the two major political players have seen expectations surface of the parties potentially splintering. This has particularly been the case in the Labour Party as the faction formerly led by Prime Minister Tony Blair has seen its prominence wane under the leadership of Mr. Corbyn.

"The electoral gravity that would lead to a splintering of the major parties hasn't been born out yet but that's not to say that it's not impossible. The politics of 2018 are difficult to predict and it's foolish to predict how it will play out. The electoral shifts are currently not being represented, the fundamental divide in public opinion is not being represented by those two parties at present," Mr. Wager said.

The views and opinions expressed in the article are those of Alan Wager and do not necessarily reflect those of Sputnik.