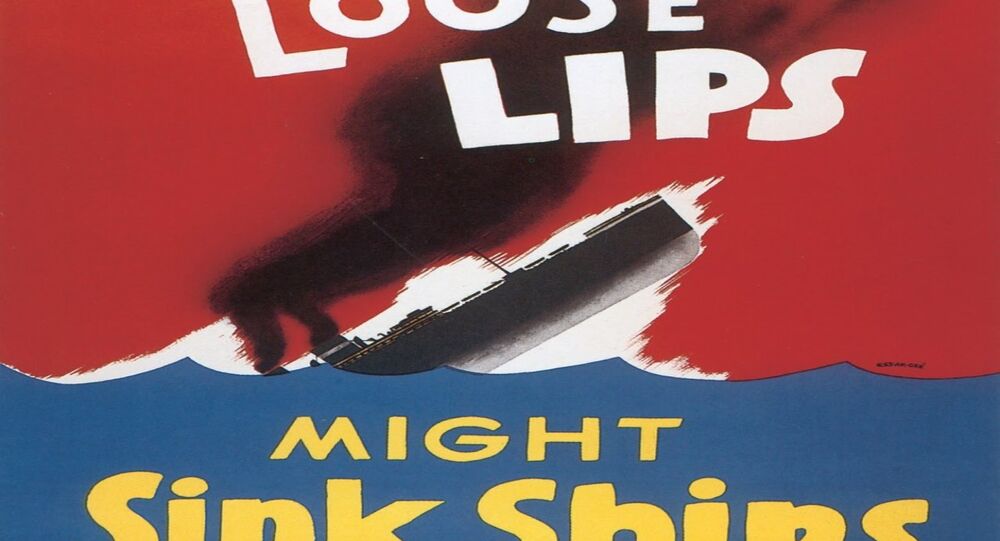 An investigative journalist has linked PropOrNot, the self-proclaimed Russian propaganda watchdogs cited as “experts” in the past by outlets like the Washington Post, to the Atlantic Council and, therefore, the US State Department.

PropOrNot created a database of more 200 websites that they claim to be Russian propaganda — a database that includes the outrageously popular conservative aggregator Drudge Report as well as lesser known left-wing sites like Truthdig and The Black Agenda Report. PropOrNot called for these outlets to be investigated, unlisted from Google and Facebook news feeds and prevented from pushing "propaganda."

But Radio Sputnik's Lee Stranahan observed that PropOrNot's apparent definition of a Russian propaganda outlet was "unique": it included credible outlets that criticized the Ukrainian government, as well as outlets that simply do not take a dim view of Syrian President Bashar al-Assad.

Stranahan and his Fault Lines co-host Garland Nixon spoke to George Eliason, a Ukraine-based investigative journalist who authored an expose of PropOrNot in which he argued the organization was a deep-state hitjob on alternative news outlets.

​"It's a big string ball, all tied together in a wad," said Eliason. "So when you're looking at PropOrNot, it's just basic investigative techniques. Who are they — that's the first thing you need to know. So you look them up on the web and you find nothing. I went to their website and did a basic scan, and the funny thing about PropOrNot is that to get into their website, you need to be logged into the dashboard of The Interpreter magazine."

"The Interpreter is a product of the Atlantic Council committee, who is basically setting our foreign policy right now in Eastern Europe and Russia. They're an NGO, they work outside the government, and they work with the Ukrainian diaspora. They actually have a signed contract with the diaspora — you can view them signing it."

But it goes deeper than that, according to Eliason. "The Atlantic Council works directly for the Ukrainian diaspora, not just in the US but the Ukrainian World Congress, to which the American version of the Ukrainian Congress Committee of America belongs. They have a contract with the Atlantic Council to push policies that bring Ukraine into Europe, to stand against Russian propaganda. Anything against Ukraine is Russian propaganda, as the person who designed Ukraine's information policy said."

"The Interpreter is also overseen by the the Broadcasting Board of Governors, who run Voice of America and half a dozen other US propaganda projects across the globe. Now those people that were on the board — and this changed at the beginning of 2017 — they consisted of a who's who of CEOs in communication and broadcasting and media."

"Essentially, it's an ambassadorship for media presidents. They design all of America's propaganda, and they're technically running The Interpreter. Now these people are leaking the propaganda back into the country," Eliason said.

If Eliason's investigation is accurate, then PropOrNot is itself a propaganda tool, used in an attempt to discredit any outlet that goes against the mainstream consensus, regardless of where they stand on the left or right.

By their own admission, the Atlantic Council's main benefactors are US government organizations and private corporations that also are major lobbyists: Alphabet, Inc., Lockheed Martin, the US State Department, the Ukrainian World Congress, the Viktor Pinchuk Foundation, JP Morgan, Coca-Cola, Bank of America, et cetera.

"PropOrNot is in violation of everything American," Eliason concluded.