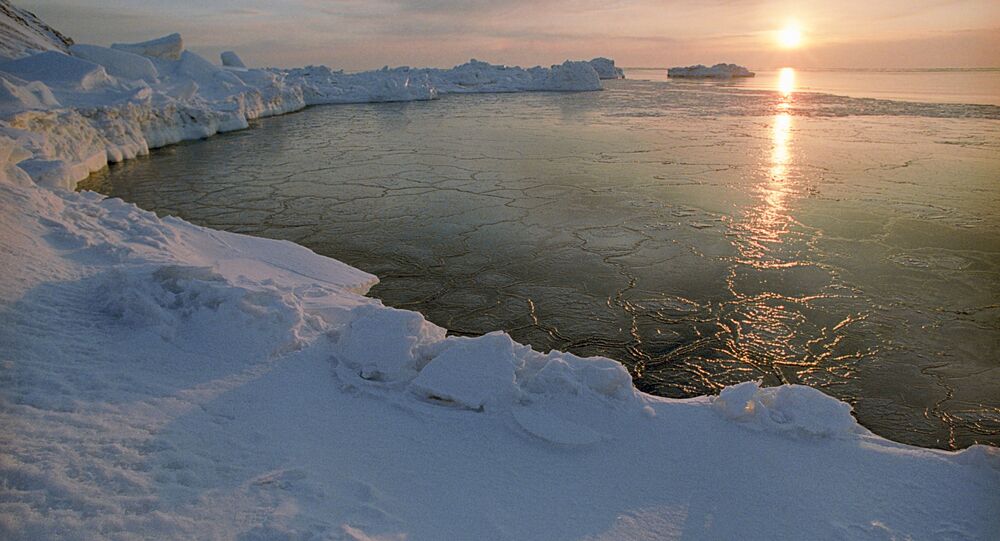 Russia's Northern Sea Route emerges as the best option for Beijing's "Polar Silk Road" project, RIA Novosti contributor Dmitry Lekukh underscores. Besides developing the secure transit routes along the Russian Arctic and Far East, Moscow and Beijing are likely to bolster the exploration of natural reserves in the region, he noted.

"The Chinese government hereby issues this white paper, to expound its basic positions on Arctic affairs, to elaborate on its policy goals, basic principles and major policies and positions regarding its engagement in Arctic affairs, to guide relevant Chinese government departments and institutions in Arctic-related activities and cooperation, to encourage relevant parties to get better involved in Arctic governance, and to work with the international community to safeguard and promote peace and stability in, and the sustainable development of, the Arctic," China's Arctic Policy white paper, which was released on January 26, reads.

Lekukh drew attention to the fact that the trade route through the Suez Canal and the Mediterranean is overburdened. Moreover, the Middle East still remains a hotbed of instability. Another potential route running through Central America — either the existing Panama or the hypothetical Nicaraguan canal — doesn't meet Beijing's need to bolster ties between Europe and Asia, the journalist noted.

According to Lekukh, only two polar routes could be of a truly strategic, long-term interest for China: the Northwest Passage, which runs along the northern coast of North America; and Russia's Northern Sea Route, which appears to be "far more attractive" for the Chinese, as the first lane goes through the territorial waters of Beijing's geopolitical competitors, the US and its ally, Canada.

"For [Russia], China's active participation in the development of the Northern Sea Route is attractive not only because of potential investments [into Russia's economy on the part of Beijing]," the journalist explained, "For us, the Chinese could be of particular interest as constant 'purchasers of services'… And it's absolutely logical because the Japanese, Koreans, Vietnamese and the countries of the European Union will be also interested in [Russia's] Northern Sea Route 'services'."

© Sputnik / Vladimir Astapkovich
Silk Road on Ice: China Eyes Russia's Northern Sea Route as Safest Maritime Path to Europe
However, it's beyond doubt that China will become the "transit wholesaler" on the NSR, Lekukh highlighted.

Meanwhile, China's sphere of interest in the Arctic also includes the joint exploration of the region's natural resources with the Russian Federation; while Moscow, for its part, is vitally interested in Beijing's helping hand developing the Arctic infrastructure, the RIA Novosti contributor assumed.

Apparently, therefore, the two countries are boosting cooperation in the field of new Arctic technologies for ocean research, modeling of ice loads and ship structural analysis, Lekukh wrote, adding that in December 2017 the St. Petersburg State Maritime Technical University and the China Shipbuilding Research Center struck an agreement to jointly develop these technologies.

"It is a very good sign that the authorities of the Russian Federation and the People's Republic of China have approximately the same vision for the need to cooperate on the development of this [Arctic] region. Neighborliness and common interests are the best way to establish cooperation, and not only in the 'Arctic areas'," the journalist underscored, admitting, however, that it will take time and effort to implement the mutually beneficial Sino-Russian project.