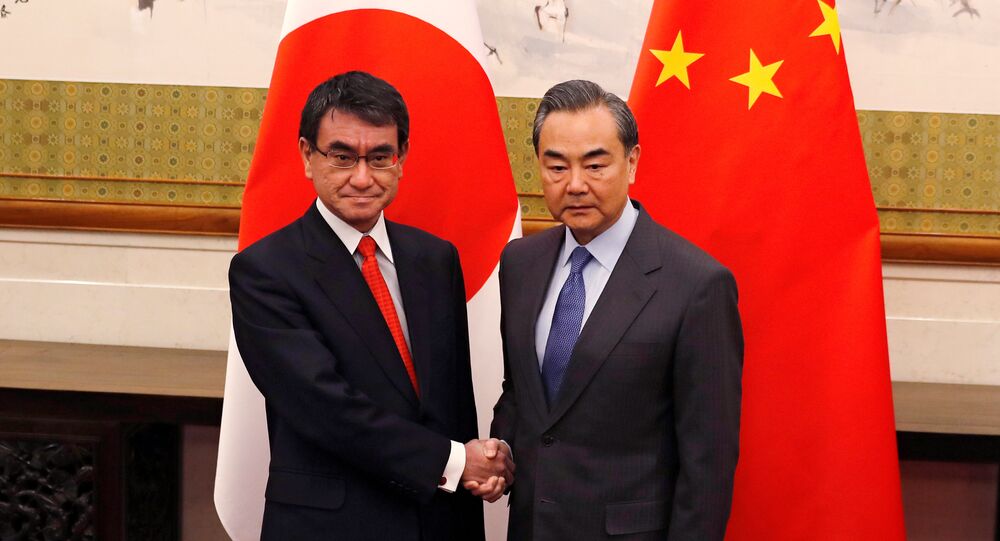 Détente Between China and Japan is Possible – Analyst

The foreign ministers of Tokyo and Beijing have held a meeting, and agreed they should endeavor to improve their historically strained relations. Sputnik spoke to political analyst Tom Harper, who suggested that Donald Trump’s campaign threat to cut support to Japan may in part be responsible for pushing Tokyo into mending ties with China.

Sputnik: So, despite common knowledge, disputes between China and Japan predate differences over how to resolve the issue with North Korea. Can you please tell us what some of the main bones of contention between both sides are?

Tom Harper: At the moment we have what is called the Diaoyu-Senkaku islands dispute, which has its roots in the main dynasty era, where the island was an outpost for trade. Then we had the start of the first Japanese-Sino war from 1894 to around 1895 where China lost a lot of tributary systems, for example it ceded Taiwan to Japan as well as a lot of its tributary and Korea. Also then there was World War Two.

In some ways their [China and Japan] war began in 1937 or 1931. I think there are definitely longer roots to the issues between China and Japan before then. I think what is interesting to note is that it really began to resurface in the years after the cold war when it was used for different objectives. So that's where it comes from.

Sputnik: Are these differences overcomeable do you think? Have we seen any signs other than this recent meeting, that Tokyo and Beijing are able to overcome their differences?

Tom Harper: Well never say never. But at the same time we have had the allegation of the surfacing of a Chinese nuclear submarine in near the China Sea. So while I think there is potential, I think there are still a few issues to overcome and apparently the Japanese side even said it [relations] are still quite cool but have the potential to warm.

Sputnik: Throughout his presidential campaign Donald Trump spoke on numerous occasions of cutting support for Japan's security. Japan relies almost entirely on the US for its defence. Is it possible that this position by Trump caused Japanese lawmakers to determine that reconciliation with China might now be desirable?

Tom Harper: Well you could argue that it's a sort of response to developments in the US. It is accepted that China has become, whether they [US] like it or not, has become an indispensable part of the region and also I think there's a lot of insecurity about whether Trump will actually honour a commitment to his Asian allies. So yes, I would say these developments are a result of that.

The views and opinions expressed by Tom Harper are those of the speaker and do not necessarily reflect those of Sputnik.