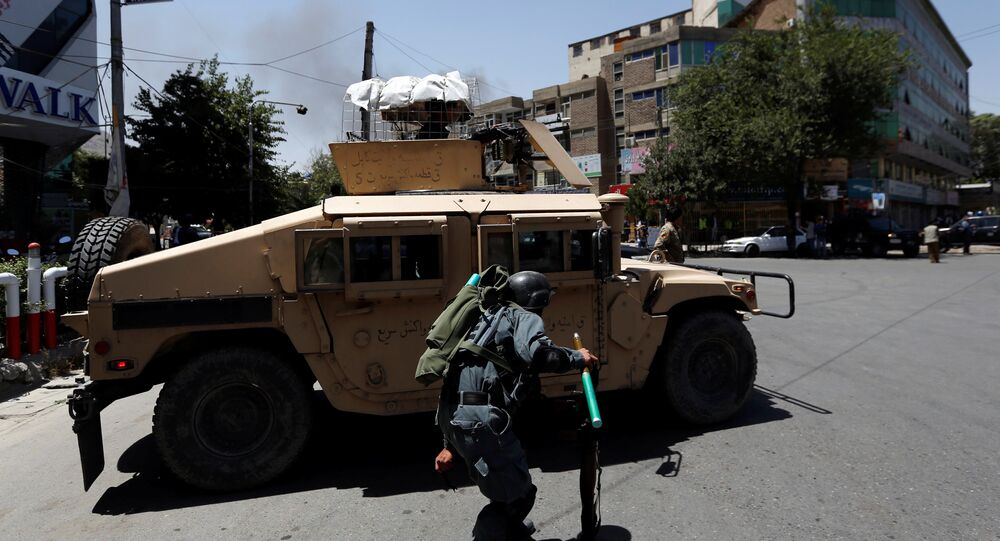 Afghanistan, torn apart by conflict for nearly two decades is now facing insurgence from both Daesh and the Taliban. Sputnik spoke with Habib Wardak, Programme officer of the Business Integrity Network Afghanistan to get his view on the conflict.

Sputnik: Has western intervention in Afghanistan been successful?

Habib Wardak: We have had a lot of gains on one side and there have been a lot of failures on the other. There are things that we call a job not well done, that's for sure.

Overall I think the intention to ensure that you have a government in Afghanistan that is democratic and that does not give the environment and space that will cause threats not just to the Afghan people,  but people beyond Afghanistan, is a success by its own nature.

Sputnik: Is the Afghan military succeeding against insurgents and how much of a threat does Daesh pose in Afghanistan?

Habib Wardak: I don't think the Afghan military is losing the war against the insurgents. It's not an easy war, it's a tough war and at the moment, one of the reasons why there is so much hype is because of the hibernation period where it's winter in rural Afghanistan, there is limited insurgent activity and their focus has been on the bigger cities, the capital. It's not an easy war. The Afghan people are paying the price primarily, and the Afghan soldiers, but that does not imply that the insurgents are winning the war in Afghanistan.

The Afghan government has done a good job in making sure that Daesh's objectives aren't achieved. Daesh in the beginning thought they would have control over the Afghan land, they had remarkable advances in Eastern Afghanistan and some areas in the north, but they couldn't take more of the land and were restricted.

They are attacking civilian populations here and there, at a higher rate nowadays, but their dream of having control of certain territories in Afghanistan; I think they have been facing challenged on that front.

I think they have been given a tough situation across the country by the Afghan forces.

Sputnik: How could the war be ended?

Habib Wardak: The conflict at the moment seems invincible; that's for sure. On one side you have the rising insurgency, the rise in terrorist activity and attacks, the rise in civilian causalities and Afghan military forces casualties.

At the moment, the future seems very dark. I think it's still not too late for all of the regional powers and powers beyond the region, to come together and have a consensus to fight this war where it originates from and to pressurize those countries which actively promote and support insurgent activities on Afghan soil.

If we get to do that; I think this war will end. If it continues like it has been continuing for the past 16 years where the primary focus has been Afghanistan, where they ignore countries where terrorists originate from, I think this war is not going to end very soon.

The views and opinions expressed by Habib Wardak are those of the speaker and do not necessarily reflect those of Sputnik.