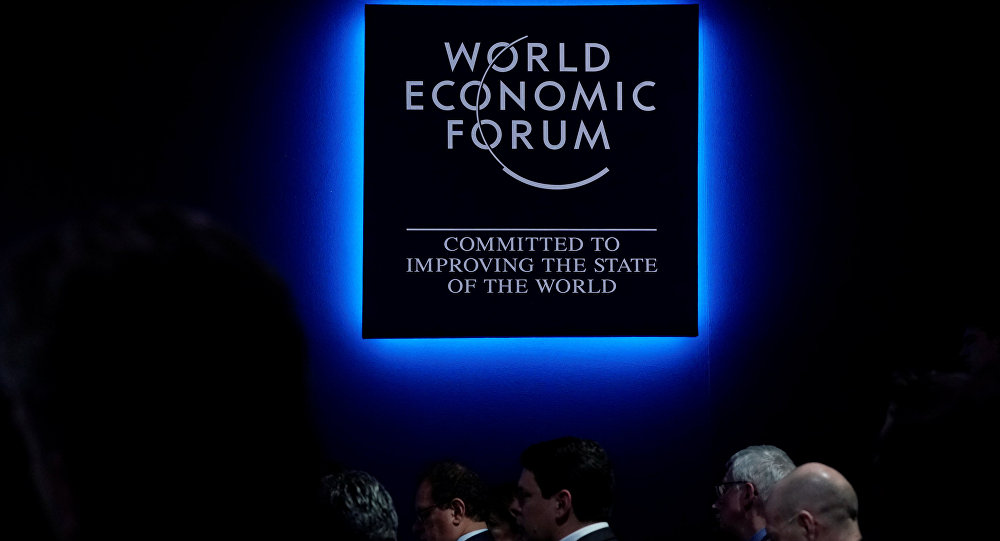 How Will The 2018 World Economic Forum Go Down in History?

The pictures from this year’s Davos Forum look almost the same as those from last year’s event: multinational company executives and politicians arriving in tinted black limos to hold meetings and panel discussions.

But behind this flashy entourage, beneath the surface, there are new fault lines emerging, which make it increasingly difficult for the world’s elites to find common ground.

It's been 18 years since the US president set his foot on the ground in Davos, so for thousands of delegates, for the media crowd and for locals, the arrival of Donald Trump in Davos was a big deal.

Battle of the "Manhattan Titans"

Trump delivered his 16-minute, well-scripted, speech at the WEF focusing mainly on US domestic economic policy. He criticized bureaucratic regulation, talked about tax cuts and bilateral agreements between the US and its allies.

Some media outlets suggested that Trump might get some backlash from Davos participants for his recent remarks about African countries, saying that some African CEOs were planning to leave the room when delivering his WEF speech. But instead, the US commander-in-chief got booed by the audience when talking about the media and fake news.

Something quite nice that even the crowd at #WEF18 in #Davos booed Trump when he started off about nasty #FakeNews.

​While Trump received VIP treatment from the World Economic Forum president Klaus Schwab, other powerful figures were not so polite. Billionaire George Soros called Trump's administration a "danger to the world" and said that he's trying to establish a "mafia state".

"Would Like To Establish a Mafia State": George Soros PANICS in Davos, Claims President Trump is Danger to the World https://t.co/v4RHFg45As

​But, apparently, Trump wasn't the only one on Soros's Davos target list. The Manhattan tycoon also called for stricter regulation of Google and Facebook, demanding to treat the tech giants as public utilities, since they are "near-monopoly" distributors of information.

While Google and Facebook already established themselves as powerful multinational corporations, smaller tech companies, especially those that work with blockchain and cryptocurrencies, are still in the process of advancing their positions on the global stage, which, in turn, may bring serious changes to the business and banking sectors in the coming years.

Fintech experts held their own meeting in Davos, discussing new technologies at the CryptoHQ forum. Unlike politicians and business tycoons, the global bitcoin crowd seems to totally disfavor state borders and excessive regulations.

"We don't separate ourselves as "are we Russians, are we Ukrainians, are we from Singapore?" — says Stan Sushko, whose company BankEX is a partner of this year's CryptoHQ — "So blockchain it's not multinational, it's not international — it's just global, so we are one family and it's a great thing about this technology, because it's global".

While new global technologies are taking the banking, finance and trade industries by storm, politicians in many countries are struggling to protect their domestic interests.

Donald Trump's Davos remarks, which looked like a promotional presentation for the US economy, weren't as tough on the globalist agenda as his inaugural speech. He didn't criticize the UN, the IMF or America's NATO allies. Nevertheless, it looks like the world's business elite is becoming increasingly worried about the Trump's "free and fair" trade policies, and his preference for bilateral business deals over international trade agreements.

The theme of this year's Davos Forum was "Creating a Shared Future in a Fractured World". But with so many conflicts within global elites and between different powerful world players, it's unclear whether this goal can be reached any time soon.