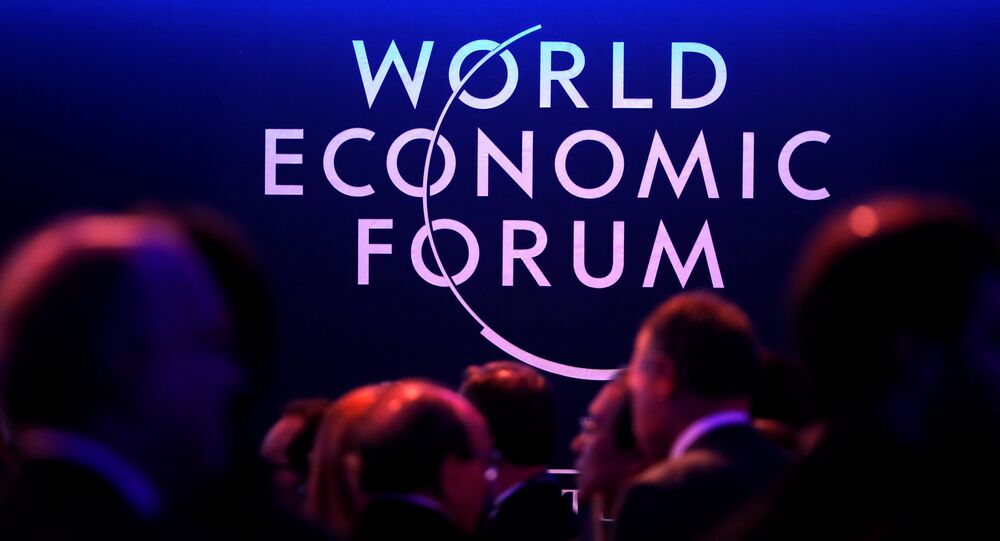 The forum in Davos is the “conference of disillusionment this year,” Steve Keen, the world’s first crowdfunded economist, told Loud & Clear hosts John Kiriakou and Brian Becker on Thursday.

The biggest headline coming out of the World Economic Forum in Davos, Switzerland, is not what financial elites and world leaders are talking about, but the "big elephant in the room" that isn't being discussed: "you've got an economy coming out of intensive care and [world leaders] think it's ready for a robust future," Keen told Radio Sputnik.

https://www.spreaker.com/user/radiosputnik/donald-trump-heads-to-davos
​Central banks have been purchasing financial assets at a record pace to keep interests rates low, remaining about 5 percent lower than prior to the financial recession that hit a decade ago. Economists and central bankers are under the impression that stimulatory monetary policy can grind to a halt and "the world economy can run a marathon in record time," Keen said, noting that this doesn't seem realistic or well thought out.

Once interest rates pick back up and quantitative easing unwinds, there's no guarantee that the economic growth around the world will be similar to the past five years of modest increases in GDP.

Keen noted that the conference will likely be a lot of "chit chat," but his worry is that leaders will be in "chat and relax" mode instead of "chit chat and panic" mode. "Of course, when they're panicking it's after a crisis, and when they're relaxed it's before a crisis," Keen observed.

© AP Photo / Cliff Owen
Trade Between US, UK to Increase Many Times Over in Coming Years - Trump

Still, US President Donald Trump is likely to frustrate some attendees, "because he goes against all the stuff about how free trade deals are the best thing since sliced bread."

Overall, the conference has been optimistic, the economist said, adding that economic optimism is justified for the next year or so, but perhaps not much longer after that.

Since the global economic picture is largely rosy, Keen predicts few outcomes of any consequence from the Davos conference. "The only thing significant coming out of Davos is after there's been a complete shock to their expectations, the system falling over when they thought it was going to do very well, [as with] 2007 and 2008, for example."

Trump in Davos: American Nationalist in the Midst of Globalists