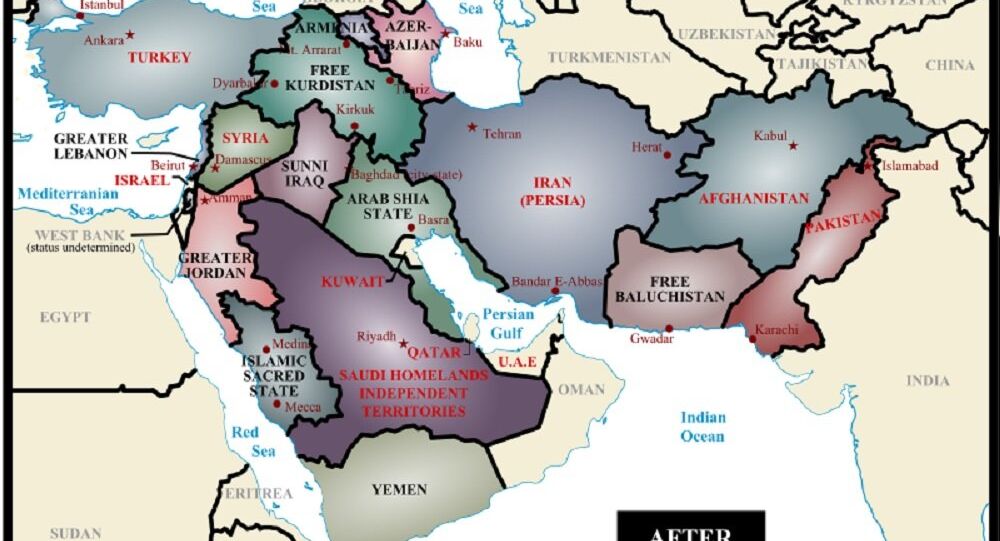 Against the background of Turkey's ongoing military operation against Kurdish militias in northern Syria, things on the diplomatic front are heating up as well, with the US State Department accusing Russia of trying to "drive a wedge" between Ankara and Washington. Turkish international relations experts told Sputnik why the US claims were absurd.

State Department spokeswoman Heather Nauert has accused Russia of spreading "propaganda" with statements that the Turkish operation in northern Syria is a response to the US provision of arms to Syrian Kurdish militias.

"I think they would like to drive a wedge between two NATO allies, between the United States and Turkey, and I think that is something that's not going to happen," Nauert said at a press briefing in Washington on Tuesday. "They're not going to succeed on that," she added.

© REUTERS / Khalil Ashawi
Ankara Believes Too Early to Discuss US Proposal on Security Zone in Syria
Speaking to Sputnik Turkey, political scientists Hasan Unal and Hasan Oktay explained why it was the US's misguided policies, not Russia's efforts, which have driven Turkish-US relations to their present low point.

Unal, the head of the department of international relations at Atilim University in Ankara, began by explaining why Nauert's statements were ridiculous.

"No one apart from the US itself is exacerbating tensions in Turkish-US relations," the academic noted. "Washington simply needs to learn to look itself in the mirror. Relations between Turkey and the US are being spoiled not by Russia, but by America's own absurd policy, and first and foremost, by its project for the creation of a 'Greater Kurdistan'."

According to Unal, so long as that project continues to hold a key place in the US's Middle East strategy, prospects for reestablishing close relations between Turkey and America will remain poor.

"The US has to stop searching for excuses, inventing this nonexistent 'Russian trace', and finally understand that the problem is in themselves. Because the US is persistently trying to create a Kurdish state, violating the territorial integrity of four countries in the region – Turkey, Iran, Iraq and Syria. They thought that they would be able to move forward with the implementation of this plan, while simultaneously maintaining [good] relations with Turkey. But it was always obvious that Turkey would, sooner or later, oppose such a scenario, and resort to force, which is what we are observing today," the political scientist said.

© AFP 2021 / Ahmad SHAFIA BILAL
Broken Promises: America Flip-Flops on Fate of Syrian Kurds
As for the visible US backtracking on its earlier announcements about the arming and training of a Syrian Kurdish border force on the Turkish border, Unal argued that this was part of a larger pattern of US behavior.

"Just as the US had betrayed [Iraqi Kurdish leader Masoud] Barzani, they have now done the same with the [Syrian] Democratic Union Party (PDS). Because when it comes to real politics, the situation changes dramatically. The strategy is as follows: before Turkey entered Afrin, Washington psychological 'prepared' Ankara, urging it not to begin a military operation, and saying that it would 'damage Turkish-American relations'. However, as soon as Turkey demonstrated its determination to enter Afrin anyway, the US retreated. The first sign of this retreat was [Secretary of State Rex] Tillerson's remarks about the need to provide Turkey with an explanation of the US plans to create a border security force in Syria. Then came the statements from the Pentagon that their initiative had been incorrectly interpreted."

Ultimately, by building up the crisis, and then retreating at the key moment, "the US not only turned Turkey against itself, but has found itself on very shaky ground in the Middle East as a whole," Unal stressed.

© AP Photo
White House 'Distorted' Account of Erdogan-Trump Talks on Afrin Op - Reports
In the observer's view, Washington's next step will be to try to prevent Turkey from carrying out an operation in Manbij, to the east of Afrin. "Since the US plans to stay in Syria via the PDS, they will do everything in their power to keep Turkey away from Kurdish-controlled territories east of the Euphrates. But this is a scenario that's very difficult to implement, because getting rid of PDS presence is seen as a matter of national security for Turkey."

For his part, Hasan Oktay, the head of the Center for Strategic Studies of the Caucasus, told Sputnik Turkey that the present downturn in relations has taken place even though Ankara and Washington started off on the same page as far as Syria policy was concerned.

"After Prime Minister Ahmet Davutoglu resigned, and Donald Trump replaced Barack Obama in the White House, Turkey revised its strategy on Syria," the analyst recalled. "The US, in response, laid out its PDS trump card on the table against Turkey. Meanwhile, Ankara realized that Washington was bluffing, and began an operation against the Kurdish militias. In essence, by using the threat of the PDS, Washington was trying to keep Ankara in its orbit. But this did not help," Oktay added.

© AFP 2021 / CHRISTOF STACHE
Turkey Denies Reports of Leopard Tanks Supplies Halt by Germany Amid Afrin Op
As for State Department spokeswoman Nauert's Russia remarks, they're connected to "the concerns the US has in connection with the close cooperation between Ankara and Moscow in many areas," according to the expert.

Tensions between Turkey and the US over the former's Syrian operation continue to escalate. On Wednesday, in a telephone conversation with President Trump, Turkish President Recep Tayyip Erdogan requested that Washington stop the provision of arms to the PYD/YPG militias, to which Trump reportedly responded that the US was no longer providing these arms. On Thursday, Turkish Foreign Minister Mevlut Cavusoglu again urged the US to halt its support for Kurdish militias, and said that Ankara has experienced a "loss of confidence" with Washington.