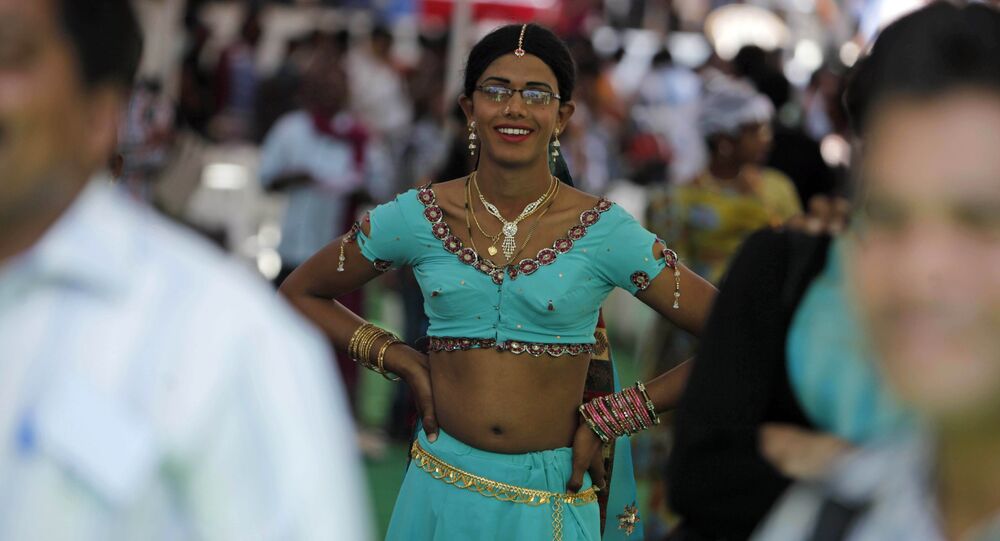 New Delhi (Sputnik) — A recent study has found a startling link between the Indian police and the high prevalence of HIV among the country's transgender community. The study funded by the government-owned Indian Council of Medical Research (ICMR) focused on the interviews of 299 transgender women who confessed to engaging in unsafe sex in order to get extra money to earn a living as well as bribe the police.

"Extortion means they have to earn more money for survival which they cannot negotiate with their paying partner to use a condom for safe sex, which increases the risk of sexual disease including HIVs," Dr. Venkatesan Chakrapani, a doctor who has researched the transgender community for years told Sputnik.

There are various ways they are extorted. Female transgender women have to pay money to the police to stand at certain locations while finding a client, he added.

In India, the total population of the transgender community is around 488,000 as per the 2011 census while activists claim that the number is much higher. The primary data released by the census department identifies all transgender as "males." Therefore, transgender women fear police action under a law that prohibits "carnal intercourse against the order of nature with any man, woman or animal," which is widely interpreted to refer to homosexual sex.

Earlier this month, India's apex court had agreed to re-examine its earlier decision that rendered homosexual acts punishable by up to 10 years in prison. The petition was filed on behalf of the transgender, gay and lesbian communities.

The views and opinions expressed by Venkatesan Chakrapani are those of the speaker and do not necessarily reflect those of Sputnik.