Only Total Abstinence Can Save People From Gambling – Former Addict

Shares in the gambling industry are tumbling, after culture secretary Matt Hancock makes moves to cut the maximum stakes on betting terminals to £2. Sputnik spoke to Bryan, a former gambling addict, about just how destructive a gambling habit can become.

Sputnik: Can you describe a little about how your gambling habit progressed?

Bryan: It started off with small bets and then progressed to bigger ones. I didn't get into to it until I was 23, but very quickly it took over and made my life misery. It started with just putting a couple of pounds on a Saturday. Before I knew be gambling my full wage. It was very easy to do. Then that lead to different things creeping in. having to borrow money, lies at home, having to cover my tracks. Dishonesty crept in as well at that point. It very quickly went from something that was a fun pastime, to something that was very close to destroying me.

It started off as a social thing. If you know the adverts of Ladbrokes, they portray it as sort of a lad's day out, which it was to start with. It was a fun thing, like watching the football scores come in.

There was one day I particularly remember where I just went by myself, with a credit card, in a taxi to central Glasgow. I lifted money and I just continued to gamble. The more problematic it became the more embarrassed I was to gamble around people.

They could see how I was gambling. I became more secretive. Then online as well, it was very easy to sit, watch roulette channels on TV, I could come in at night and just gamble on the laptop. At the end, to disguise it, I was very secretive. The only thing I would disclose was how much I had lost, if people pressed me about it. I would still gamble socially, but I would have lots of other secret bets on the side as well.

Sputnik: Do you recognize the typical symptoms of addiction when you're gambling? 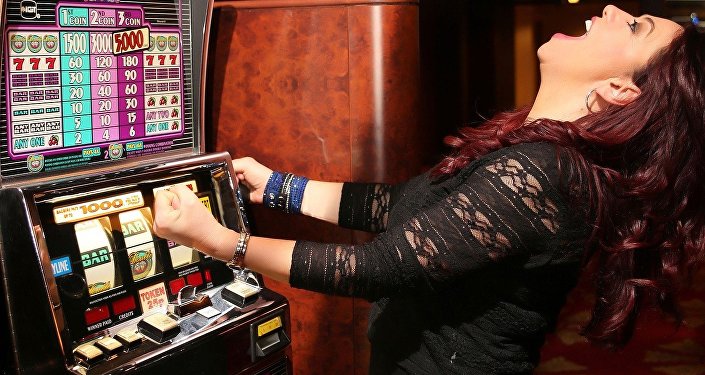 © CC0
What's Your Racket? Finns to Try Nasal Spray Against Gambling
Bryan: Gambling is the only thing I was ever really powerless over. I could maybe go a day or two without gambling but the compulsion to place a bet was just far too strong when I was gambling. I've not placed a bet for three and a half years now, but the compulsion was something I had no power over at all. I would leave the house with the best of intentions, but before I knew it, I would go to the cash machine to lift 20 pounds, but I couldn't even press 20, I would press 80, even 100. And then I would go over on my card. As soon as I had put one bet on I was unstoppable. I had absolutely zero control.

Sputnik: How does it feel to lose versus to win?

Bryan: I can't really remember any good times about gambling. In the early days it was the fun environment of it. But at my very worst, even a win it was a temporary reprieve from going back and placing the next bet. So a win wasn't something that I could take away and use the money wisely for. It was just going towards the next bout of gambling which could have been just an hour away at that point.

The feeling of losing was just absolute despair. I would call it delusion and confusion; I would delude myself into thinking that I could have a go and just put a normal bet on. An hour later I would come out of the bookies confused about what had happened, why I had spent my full wage.

Sputnik: What was the lowest point you encountered throughout your addiction?

© CC0
Gambling-Addicted Swedish Trustee Embezzles Underage Refugee Ward's Benefits
Bryan: The lowest feeling- is almost like suicidal feelings. Feeling that there is no way out of the problem, and the only way out is to end it. You feel you'll never ever be able to stop, let alone stop for a significant period of time, I never thought I'd be able to, and you know, feel better about myself again. It took my confidence, my self-respect, my self-esteem- everything went. I was just a shell of myself.

The worst feeling would be the urge to commit the ultimate act of suicide. I didn't want to be alive anymore. I felt worthless; I felt I couldn't do anything good for my daughter, my family, my job was suffering. I was very close to the brink of wanting to take my own life to be very honest.

Sputnik: What advice would you give to people who find themselves addicted to gambling?

Bryan: If you've got an addiction to gambling it's about addressing it. There are emotional issues behind it. You're always trying to capture the emotion of the first time you had a big win, the first good feeling you had. There are financial problems that grow out of it, when you can't stop.

Some people gamble with their job-seekers allowance, some people have 6 figure incomes, but the financial side is just the surface, there are emotional things below. You need to look for the places that have a track record of helping people abstain from gambling. For me that was attending the fellowship, gamblers anonymous, and that's given me a support net of people that understand my problem.

I attending counselling- they didn't understand what to do with me. i spoke to my family- the only advice they could give me was 'just don't do it', but that wasn't enough. I needed people in my life that had also made the decision to abstain from gambling. It became easy after a while.

My life is back on track. My advice would be: Reducing the amount you bet won't work. It's a total abstinence from gambling that you need.

The views and opinions expressed by Bryan are those of the speaker and do not necessarily reflect those of Sputnik.