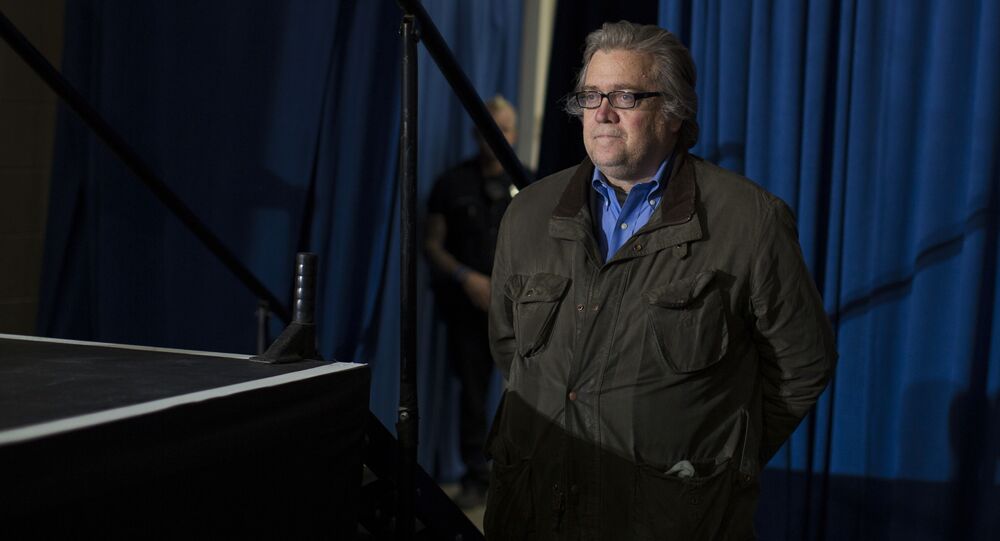 Congress invited former White House chief strategist Stephen Bannon to a hearing as part of a months-long investigation into US President Donald Trump’s alleged Russian ties, but lawmakers are unlikely to get very far, a legal expert told Sputnik.

Bannon testified before Congress in a closed-door meeting this week to discuss alleged "Russian meddling" in the US elections. Moscow has consistently denied the accusations as baseless.

"Even after these many months of investigations, both by [Special Counsel Robert] Mueller and Congress, the allegations involving Russiagate really haven't been advanced," said Dan Kovalik, professor at the University of Pittsburgh School of Law, in an interview with By Any Means Necessary's Eugene Puryear and Sean Blackmon.

​Meuller's indictment of former campaign advisor Paul Manafort had "nothing to do with Russia," Kovalik noted. Former National Security Adviser Michael Flynn was indicted for lying about meeting then-Russian Ambassador to the US, Sergey Kislyak, but he was not charged with wrongdoing simply for meeting with a foreign emissary.

Bannon got thrown into the mix after telling Michael Wolff, the author of "Fire and Fury: Inside the Trump White House," that he thought Donald Trump, Jr.'s meeting with a Russian lawyer in Trump Tower during the summer of 2016 was "treasonous."

When pressed about his treason comments by members of Congress, "Bannon all but conceded he was purely speculating," Axios reported Wednesday.

During the testimony, Bannon's attorney stated he wouldn't reveal anything about his time spent inside the White House. He repeatedly said "I really want to answer this question" and "I really wish I could answer these questions," Axios adds.

House Intel committee member Adam Schiff claimed Bannon "was instructed by the White House to refuse to answer any questions concerning the time during the transition and his time in the administration," the Hill reported.

White House Chief of Staff John Kelly told Fox News Thursday that the administration did not tell Bannon to invoke executive privilege at the Congressional probe.