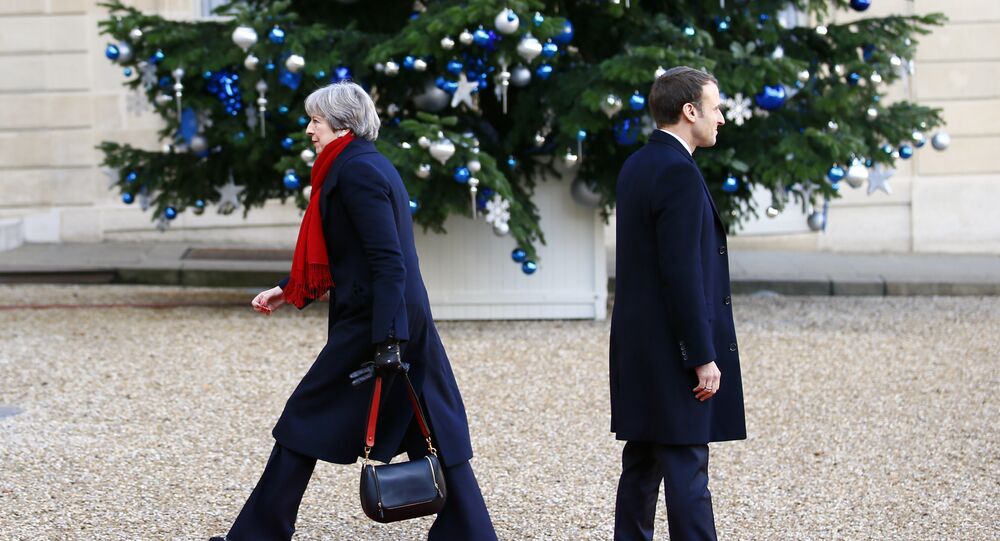 Dr. Paul Smith, French and Francophone Studies at the University of Nottingham spoke to Sputnik about the future of Franco-British relations, including on the issues of migration and a bilateral treaty known as the Le Touquet accord in 2003.

Sputnik: What do you make of the reports that the French government want Britain to pay more and take in more asylum seekers.

Paul Smith: It’s entirely what I would expect at this point in time in terms of the context of French politics. Macron and his interior minister Mr. Gerard Collomb have been talking a tough game with regards to dealing with asylum seekers generally and particularly within the Le Touquet agreement. Since particularly on Macron’s right and the far right, it looks like immigration and security and safety are the themes that the right, particularly the Republican right under its new leader Laurent Wauquiez, tries to rebuild itself since it’s not doing a very good job tackling Macron over the economy.

Sputnik:  Do you think the Le Touquet Accord could be renegotiated? If it’s not, could that see tougher border controls on both sides?

© CC BY 2.0 / Rennett Stowe / British Parliament
UK Parliament Urges Government to Overhaul Immigration Policy, Build Trust
Paul Smith: I certainly think there’s a sense in French politicians that things have moved on considerably since the agreement was struck back in 2003 and I don’t think anybody would disagree with that. I know from this side of the channel a lot of money has been spent and is being pushed in the direction of tightening things up in particularly at Calais, which is seen as the 'vulnerable' point. I think on both sides there is a desire for an agreement, that supplementary aspect of the accord needs to be in place and neither really wants to leave the table without absolutely no agreement whatsoever. A no deal is no good for either side, but I do think the French will be looking for the British to take a bit more responsibility for people who are asylum seekers not in France but looking for asylum in the United Kingdom. One can understand the French perspective, particularly when the French themselves are dealing with…100,000 asylum seekers..so that needs to be born in mind as well.

Sputnik: What else do you think will be discussed when Macron meets with Theresa May this week?

© REUTERS / Philippe Wojazer
Macron’s Double Standards: Migrants Under Scrutiny After Being Promised Shelter
Paul Smith: Well I think they will talk a little bit about bilateral trading relations, France is a really important trading partner and it may well be that Macron wants to try and impress on Theresa May his vision of the future of the relationship of the EU and Britain and vice-versa. This next year 2018 from within the EU is going to be a really important year particularly with EU elections coming up in 2019. There’s a very real sense that the EU needs to move forward to whatever stage of its next development is. So Theresa May well be in a much stronger position than she thinks in terms of making offers to Macron, but Macron will also want to outline a way ahead, it’s not his place to be negotiating on behalf of the EU of course, that’s Michel Barnier’s job and the commission's job. Nevertheless, he is an important player now, more important than Angela Merkel and so the new European order as it was led by Macron might be an opportunity for May to open up some new line of dialogue that takes place in parallel with but wouldn’t supplant the direct negotiations.