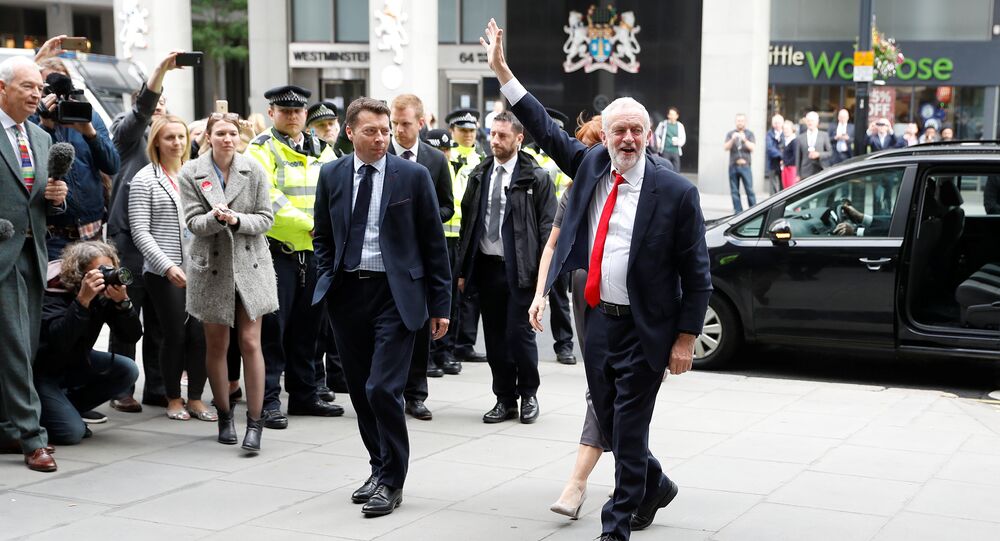 Corbyn Disavowal of US 'Special Relationship' 'Statement of the Obvious' - Prof.

A Professor of Economics at Kings College London has told Sputnik the Labour leader’s position on Britain's post-Brexit relations is in line with most expert opinion and that the UK cannot rely on trade relations with the United States after it leaves the European Union.

Britain's Labour leader Jeremy Corbyn commented on January 14 that the United States is not an indispensable partner to the United Kingdom and that cultivating economic relations with Europe, India and China were at least as important as maintaining the trans-Atlantic relationship.

Jonathan Portes, a professor of Economics at Kings College London and a senior fellow at UK in a Changing Europe told Sputnik however, that the Labour leader's statement merely reflects what most experts have known to be the economic reality for decades.

"I think in some senses this is just a statement of the obvious, in economic terms the European Union and the wider Single Market is a much more important economic partner for the UK than the US and it has been for a considerable amount of time. Even if, after Brexit, Britain had some form of free trade agreement with the US, the EU-UK relationship will continue to be more important," Professor Portes said.

Speaking to the television show "Peston On Sunday," Mr. Corbyn said, "I am not sure that anyone has succeeded in defining the Special Relationship."

The British tabloid press responded angrily to the comments January 15, claiming the Labour leader denied there is a so-called "Special Relationship" with Washington.

Mr. Corbyn who has committed the Labour Party to implementing the result of the 2016 Referendum on Leaving the European Union has sought to distinguish his position from that of figures such as Nigel Farage and Boris Johnson who have envisioned a deepening of ties with the US after Brexit in 2019.

"I think the logical implication is at least one sort of Brexit is that we should have a much closer relationship with the US to replace the one with Europe, this is clearly a rejection of that. To be fair, the more serious proponents of Brexit never really regarded that as a serious option. I don't think it's remotely realistic," Professor Portes added.

The Labour Party has been internally divided over what manner of Brexit it supports and whether there should be a second referendum on EU membership. Professor Portes noted the Labour leader's comments seemed to play into a growing cross-party consensus towards a soft Brexit.

"The government is obviously deeply divided and to some extent the political elite is deeply divided as well. There is some degree of consensus covering a large proportion of the Labour Party through to large sections of the Conservative Party who would like to have a much softer Brexit," he said.

Public opinion in Britain has increasingly turned against the United States since the election of Donald Trump. In large part this has been fueled by his now cancelled visit which was initially downgraded from a state visit as well as his retweeting the statements of a far-right anti-Muslim British organization and his recent comments on receiving immigrants from Latin American and African countries.