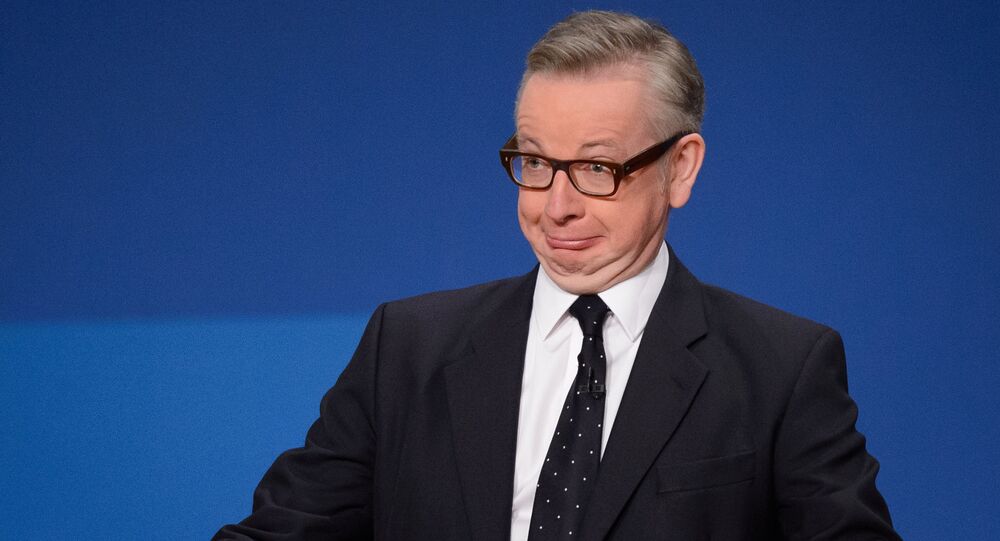 The Conservative “Hard Brexiteer” member of Parliament refused to rule out nominating himself in a future contest for leadership of his party as PM Theresa May still faces questions over her longevity.

Britain's Agricultural and Environment Secretary Michael Gove spoke to the BBC's Radio 4 on January 11 dodged questions on whether he would be a contender in a possible future Conservative Party leadership contest.

Responding to the interviewer's repeated questions about his leadership aspirations Mr. Gove, who unusually referred to himself as "Govey" and described himself in the third person professed support for Prime Minister Theresa May and said, "I hope she leads us to the next election," implying the possibility that she would not.

Michael Gove along with the Foreign Secretary Boris Johnson have been the most prominent members of the so-called "hard-Brexiteer" faction advocating complete separation between the UK and the EU, going so far as to send the Prime Minister a co-written letter in November 2017 warning her that they were dissatisfied with her seeming to pursue a "soft Brexit" that would maintain close institutional links with the bloc.

Mrs. May's leadership became increasingly threatened by the inconclusive result of June 2017's general election which she had called in the hope of increasing the Conservatives' Parliamentary majority and strengthening her hand in Brexit negotiations with the European Union.

Instead the Conservatives lost their majority, falling ten seats short of the required 317 and entering into a coalition with the Democratic Unionist Party of Northern Ireland which has since complicated talks with Brussels over the future state of the border between the UK and the Republic of Ireland.

Professor Simon Usherwood, deputy leader of the think-tank UK in a Changing Europe, told Sputnik the beginning of the new year is a period of risk for the Prime Minister as serious negotiations on a UK-EU trade deal are yet to begin.

"This is a moment where those who dislike what she's doing might feel like this is the right moment, we've kind of tied off a lot of the Phase 1 activity, there's a bit of a pause. It's a moment of debate about what the future relationship should look like and maybe this is the moment to replace her. So I think she has to be careful that backbenchers or factions within the Cabinet don't try and use this opportunity but the danger will come in October 2018 when a deal really needs to have been signed, it may be then that the pressure comes up. The debate in this country has been so fluid that at any moment someone might think they have an opening or a way forward that they can exploit, so I hesitate to say that she's got a little time or a lot of time," Professor Usherwood said.

READ MORE: Theresa May's Reshuffle Proves She's in Office But Not in Power

The views expressed in this article by Simon Usherwood are solely those of the speaker and do not necessarily reflect the official position of Sputnik.

Theresa May's Reshuffle Proves She's in Office But Not in Power