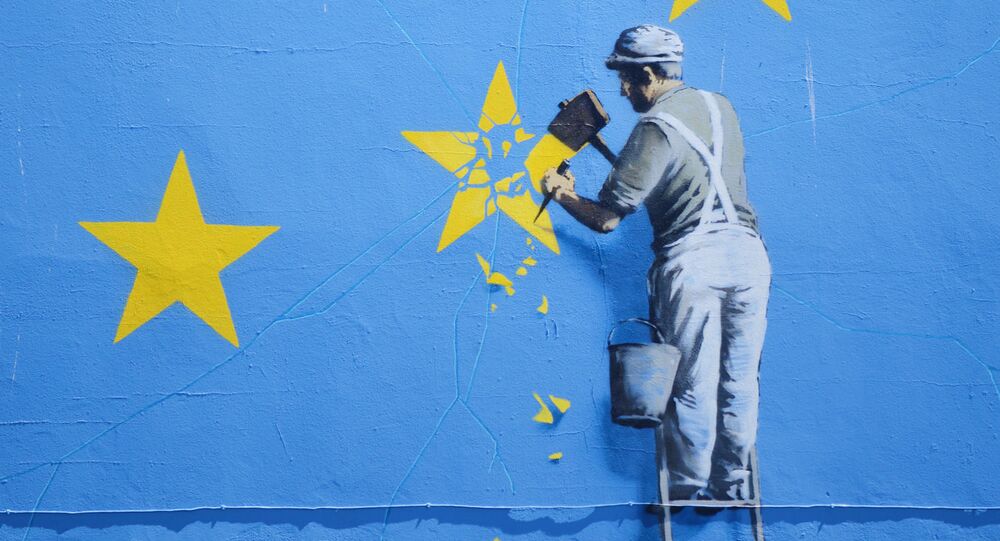 With EU budget commissioner Guenther Oettinger warning about spending cuts and increased budget payments by EU countries to fill the gap left by the UK’s withdrawal, Patrick Minford, a professor of applied economics at Cardiff University, told Radio Sputnik that time is running out for Brussels to ink a divorce deal with London.

Sputnik: It has taken them almost nine months to come to a negotiated agreement, albeit a trade agreement hasn’t even been initiated yet. This is obviously causing a lot of issues with the remaining member states, though some of the regions seeking compensation have been in an economic slump for a few years now. How likely is it that they are using Brexit as an excuse for receiving additional funding?

Patrick Minford: Yes, there will be a big hole in their budget. Obviously, they don’t want the spending to be cut, but actually the spending will be cut and now they are asking for more spending. There will be more spending, I think, to stakeout a position ahead of time when the budget negotiations get going in earnest. As you know, the thing ends in 2020, so they don’t have much time to work out what happens from 2021 onwards.

Sputnik: With this massive financial gap of 10 billion euros, which is 12 percent of the EU budget, it’s a massive hole to fill, and it’s a challenge to the EU, creating a lot of stress and pressure while moving forward in the next few years. Countries are now asking for compensation. Do you think the EU will be able to offer such compensation?

© AP Photo / Francois Lenoir
EU Leaders Approve Second Phase of Brexit Talks - Tusk
Patrick Minford: It’s about cuts, not about compensation. The whole of the [EU] budget will have to be cut up to over 10 percent, and that’s something they will really need to focus on pretty soon. I think they also need to realize that if they don’t reach a deal quite soon with the UK, the UK may just walk away. There is a bit of hardening of positions about no deal going on in the UK, because a lot of people think that the EU is not very cooperative, is dragging its feet and just wants money and not willing to do the sort of a trade deal we all thought would be a reasonable thing to do. Without doing a deal soon, I think they may face a situation when we say: “Well, we actually don’t need it and we are actually better off without a deal. You pay tariffs to us, that’ll be painful for you and we won’t give you any money either. And that is up to 2020 and certainly not beyond, so I think that what’s happening in the EU really should be a wake-up call to Mr. Barnier to get his gates on and do a deal to reduce the uncertainty and perhaps get a bit more goodwill going around the table.”

Sputnik: What do you think are the key Brexit gains for the UK in terms of trade, the quality of life?

Patrick Minford: [There will be] big gains from free trade, control over migration, and control of regulation, so that we face less intrusive and excessive regulation by Brussels, but make our own pragmatic laws to deal with our own businesses. This will bring big gains in the order of seven percent of GDP, big gains going forward spread over the next decades making it possible to cut taxes as well and spend more on infrastructure.  This is a big prospect and a big revolution in our affairs that will lead us to a much better economy in the long term.

© AP Photo / Geert Vanden Wijngaert
Brexit Tax May-hem: UK Firms Could Be Obliged to Pay Upfront for VAT on EU Goods
European regions most exposed to Brexit are demanding compensations from the EU, as Brussels is poised to demand an increase in budget contributions for from members of the bloc in order to fill the 9 billion euro annual gap left by Britain's departure.

Regions such as Andalusia in Spain and others in Portugal have urged the EU to create a special fund for areas most impacted by Brexit. However, net contributors such as Austria, the Netherlands and Sweden have refused to pay extra to plug in the Brexit hole, leading to cuts in spending.

The demands come as European leaders begin negotiations on a new seven year budget after Brexit and a transition phase,when Britai will continue to pay into Brussel’s budget until the end of 2020.