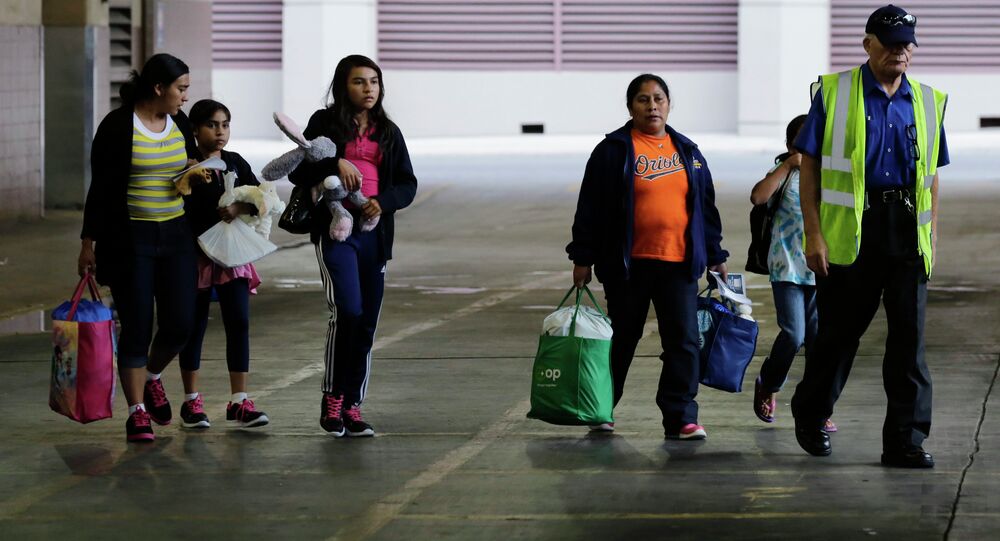 Activist: DHS Order on El Salvador Will ‘Break Up Families’

The White House has announced that it will be revoking the Temporary Protected Status (TPS) of almost 200,000 Salvadorans, which will likely end in most of them being forced to leave the country. The first of the TPS recipients came to the US following a pair of devastating earthquakes that hit the tiny Latin American nation in 2001.

Brian Becker and John Kiriakou on Radio Sputnik's Loud & Clear spoke to Heather Benno, an immigration attorney with the Esperanza Center and political activist with the ANSWER (Act Now to Stop War and End Racism) Coalition.

"Nobody has a crystal ball, but in terms of where momentum has been, the Salvadoran community has been putting pressure on Congress for quite some time in preparation for this announcement. We're not abandoning hope that Congress could come to a realistic assessment of what's actually going on in El Salvador today, which is extremely unsafe and very difficult conditions for nationals," she noted.

The attorney pointed out that the Salvadorans who would be affected "have been living in the US for quite some time; according to recently released figures, there are approximately 190,000 children of Temporary Protected Status holders. This announcement very callously breaks up families and says that, with very little to no lead time, families are going to have to make preparation for being separated or deported."

Becker added that the Salvadorans were far from the first community to face a revocation of their TPS, and thus, tens of thousands of deportations. Other Latin American communities, such as expatriates from Haiti or Mexico, are also being pushed into large-scale migration.

"There are approximately 20,000 Salvadorans in Maryland alone who are TPS holders," Benno added. "And of those, over 17,000 have US born Maryland children. On top of Haiti, the most recent terminations of temporary protected status were from nationals of Nicaragua, which also happened in November. Then, of course, we had Honduras, where there are tens of thousands. of nationals protected by temporary protected status and no designation or determination was made. Those tens of thousands of people were left in limbo."

This uncertain status leads to enormous pressure on communities, Benno noted. "Whether it's direct pressure to just deport black and brown people out of the US, or psychological pressure, saying ‘you're not wanted here, you're not a part of the community, people should just leave,' that's the kind of pressure that our clients, our community members at the Esperanto center in Baltimore are facing."

The conversation then turned to the Democratic Party, nominally the party that more closely aligns with the interests of immigrant communities, and how little effort they seemed to be putting into aiding the communities being stripped one by one of TPS status.

"I was interested to learn that the statute was passed in the early 1990s for temporary protected status under George H.W. Bush," added Benno. "So to call it a problem with the Republican Party would be to ignore the history of this particular remedy. It specifically recognizes the point that there are things that happen in the world that make it such that we should all agree that people shouldn't be sent home to those circumstances."

But according to Benno, TPS status has "been used as a tool for the the ruling class, people who are seeking to engage in deals around the world, to find friendly administrations within those countries, granting temporary protected status only under certain circumstances. Here, we're seeing the revocation being used as a way to threaten not only Salvadorans in the US, but El Salvador as a country."