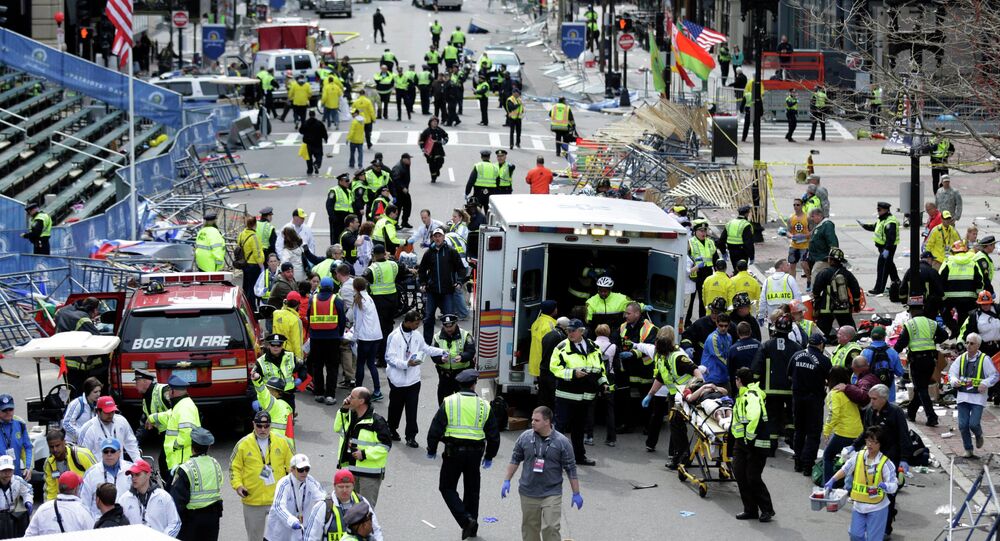 'Three-Sided Coin': Analyst Looks at Root Causes of Home-Grown Terrorism in US

Jihadists are not the only terrorist threat the US faces these days, as “far-right” and “far-left” radicalization is no less dangerous, Albert Ford, a program associate with the programs International Security and Fellows at the New America think tank, told Radio Sputnik.

The FBI has released a report which concludes that home-grown radicalized US individuals are the main terrorist threat to the US in 2018.

“The FBI has set up a database that has traced all jihadism-related terrorists crimes since the 9/11 [attacks], and we have 425 people in that database coming from 34 states. The FBI has additionally said it has investigations ongoing in all 50 states,” Albert Ford said.

© CC BY-SA 3.0 / w:User:Coolcaesar / United States Department of Justice
US Citizen Convicted on Terrorism Charges Gets 13-Year Sentence
When asked about what can be done to quash the sources of radical propaganda in the United States, Ford mentioned a past tendency to separate jihadist ideology from the terrorism itself.

“And this is a problem because these individuals, who either attempt to or successfully carry out [terrorist] attacks, can open up their web browser and get their hands on videos, twitter postings or encrypted chatrooms. It’s going to be a hard problem, as it starts and ends online. We’ve tracked 27 cases this year in the US and 80 percent of them have revealed some sort of radicalization via the internet,” Albert Ford noted, elaborating on the radicalization process of potential homegrown terrorists.

He said that the government has to walk a very fine line between being respectful of people’s rights while ensuring that violent forms of propaganda do not have an online haven.

“In addition, many of these people have troubled pasts, whether it is failed marriages or jobs that have gone south, or feeling disconnected from their communities. I think the problem could be solved from the bottom up. It’s not necessarily the federal government imposing solutions down on local communities, but rather working together  having local and state governments  reach out to the communities, especially to people who feel disaffected and bringing them closer in [instead of] pushing people further out to the fringes, thus exacerbating the problem,” Albert Ford emphasized.

Home-Grown Terrorism: Who Sows the Seeds?