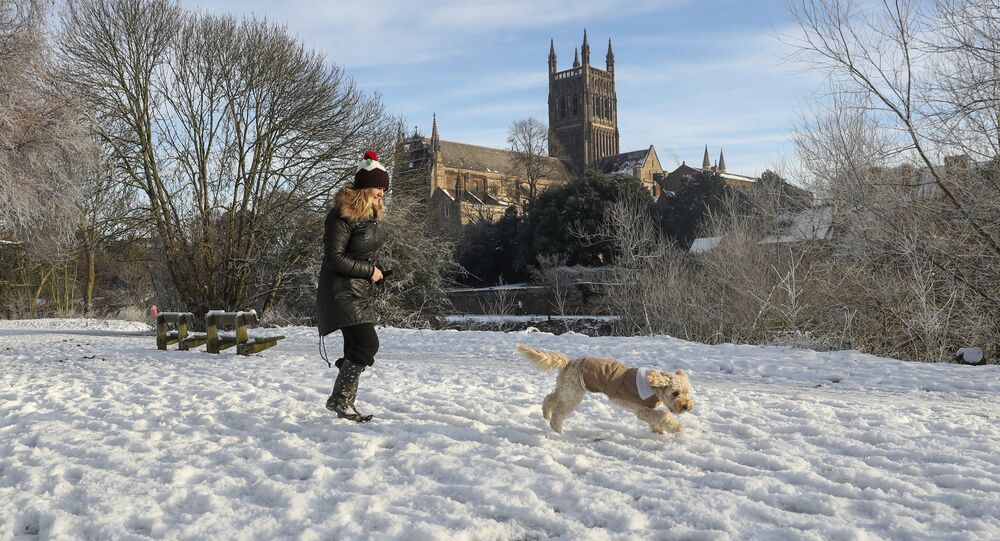 The planet has natural mechanisms to cope with the mini ice age due to hit Earth in the 2030s as a result of fluctuations in the Sun's activity; however, humans need to prepare for the impact of the cold spell on food supplies, Professor Valentina Zharkova of Northumbria University told Radio Sputnik.

Fluctuations in solar activity could mean a mini ice age on Earth in the 2030s, according to a mathematical model of the sun's magnetic field produced by scientists in the UK and Russia. Professor Valentina Zharkova of Northumbria University, who led the research, told Radio Sputnik that the Sun regularly goes through a "hibernation stage."

Sputnik: Are there any historical records of similar ice ages and what impact did they have on the environment and people?

Professor Valentina Zharkova: Yes, of course there are. The closest was the Maunder Minimum the 17th century, which lasted from 1655 to 1715, about 70 years, and we will have a slightly shorter ice age than there was 300-370 years ago.

Prior to that was the Wolf Minimum, which was something similar, during Roman times. They keep repeating every 350-400 years because the Sun goes through this [period of] minimum activity.

Sputnik: You've previously said that the magnetic waves from the Sun could become more active again in the 2050's and that we have to be ready for the next big solar activity. What measures can be taken to prepare our planet for this?

Professor Valentina Zharkova: The planet is pretty prepared, it's obviously been doing this for billions of years and survived. It has natural mechanisms which respond to solar activity in different ways. The problem will be for us to pass through the minimum of current magnetic field activity, which will come in the next 30 years, because I can only guess that the vegetation period will start reducing.

© REUTERS / Emmanuel Foudrot
Ice Age Revisited: Mammoth Skeleton Fetches Over $600,000 at French auction
If you have less [solar] emissions, less radiation and a dropping temperature it means that vegetables won't be able to grow properly, wheat can't grow properly, so we might have a problem with some sorts of food which we will probably need to think through.

When the Sun comes back, it will be like the previous 100-200 years, there will be some fluctating activity but mostly a standard which people at the moment are very used to and have very nice models describing it.

Sputnik: Have you had any communication or reaction from other researchers regarding your study?

Professor Valentina Zharkova: I have strong support from a few hundred [researchers], maybe more. They invite me to international conferences for talks. I also have some people who criticize [my work] very strongly, these are mostly people who rely on the single [solar] dynamo model.

We just invited a Russian dynamo expert Elena Popova to help us to understand what we found, and this is how we got involved with the model. In our case, we assume there are two layers where the dynamo layers are generated and this is how our observations can be explained.

Those people who have worked all their lives producing rays from a single layer, they strongly resist [a different theory] for the reason that they invested so much time and effort in papers and other work. To some extent, it takes a while to accept new ideas but things are moving on because seismic observations show that the Sun has two cells with different regional circulations in the solar interior.

So, this idea of two dynamos is not alien, the Sun is trying to tell us, "Guys, look at me more carefully! And if they look more carefully they will discover that indeed it has these two cells which have been discovered.

We found two waves from magnetic field observations, not from theory. We got two of them [waves] with similar values. So, the Sun is telling us, "look, we have two waves, not one!" This is how we came up with the two dynamo waves, because the Sun has shown us this during observations.