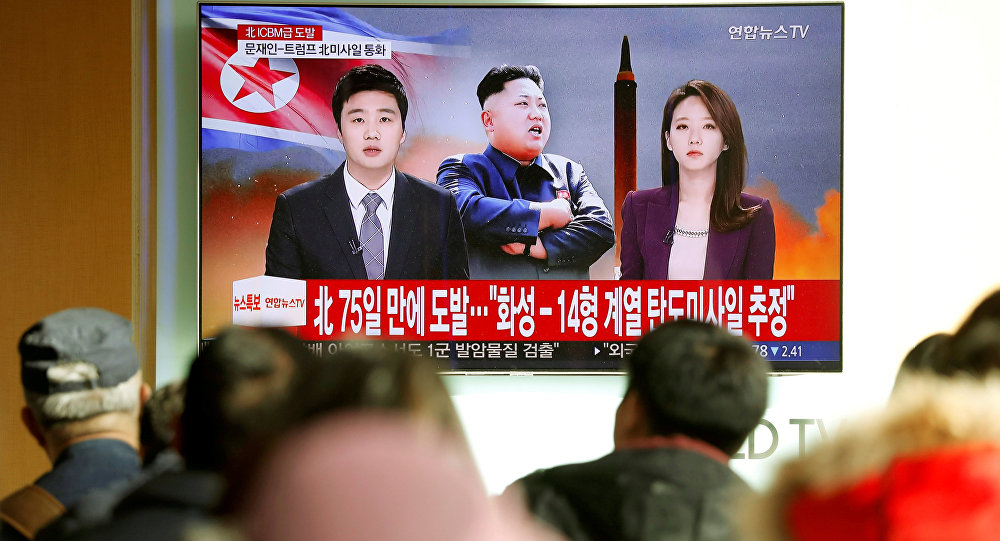 North Korea might be willing to negotiate, but is extremely unlikely to give up its nuclear weapons program, no matter how hard sanctions might bite. This is according to Xu Qinduo, political analyst at China Radio International, and senior fellow at the Pangoal Institution, in an interview with Radio Sputnik.

Xu Qinduo: I'm thinking not really much. Obviously this is because from their point of view, the US missile presence in South Korea and Japan are a challenge to their national security. Also, their annual military exercises between South Korea and the United States seem to be a military preparation to invade or attack North Korea.

I think there is a genuine fear among their national security [planners]; they have learned their lesson from what happened to Saddam Hussein in Iraq, or Muammar Gaddafi of Libya, after they gave up on nuclear armaments; they gave up their weapons of mass destruction, and look at what happened to them. For the North Korean leaders, I think they are smart.

If they gave up their nuclear weapons, if they somehow take the word at face value from the US side and say, "Okay, you're not going to attack me," they could lose their independence. The country could see a regime change, like other countries.

Sputnik: The UN Security Council is meeting later today to discuss sanctions against North Korea. This is going to be another round of sanctions. We've seen new sanctions recently, just a few months ago actually, and there have been rounds and rounds — more than six rounds of sanctions. I don't know if you can assess how effective they've been. Do you think that these new restrictions will have any effect; how do they differ from the previous ones that have not stopped North Korea from pursuing their nuclear ambition?

Xu Qinduo: So-far North Korea hasn't shown any signs of concession, any signs of giving up its nuclear ambition. You know, as Putin pointed out, they would rather eat grass than give up their nuclear weapons. I think that is a perfect description of their psychology, of the understanding of the situation in North Korea. This is about the survival of Pyongyang, survival of the party, survival of the nation, of the top leadership. There is no will for them to give up nuclear weapons.

The views and opinions expressed by Xu Qinduo are those of the analyst and do not necessarily reflect Sputnik's position.