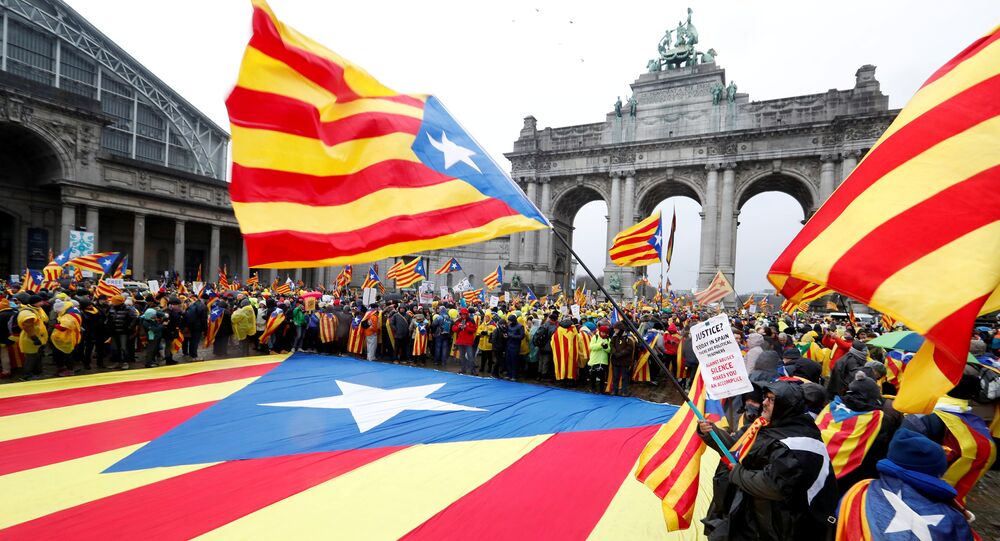 MOSCOW (Sputnik) - Social problems, such as employment and health-related issues, that have been "forgotten" amid the recent struggle for the Catalan independence should be at the top of the agenda during the ongoing snap election in the regional parliament, a member of the European Parliament told Sputnik on Thursday.

Earlier in the day, the polling stations opened across Catalonia. The local residents are able to cast their ballots electing the region's legislative body in the snap election called by the Spanish government after Madrid dissolved the regional government in response to the resolution on the region's independence, adopted on October 27.

"My hope is that the voters really want to get addressed the real problems of the people, like unemployment, education, economical normality, health, stability and progress. These are things that have been unfortunately forgotten during last years of independentism process. This must change, and this is what I personally want addressed most in this election," Javier Nart from Spain's the Ciudadanos (Citizens) party said.

The official said that he hopes Catalonia would return to "the democratic, social and economic normality" and the voters would prefer rationality to "the mess of separatism and nationalism."

© AP Photo / Emilio Morenatti
Belgian Authorities End Proceedings Against Ousted Catalan Leaders
The resolution on Catalan independence was adopted by the regional authorities after the majority of Catalans, who participated in the independence vote, backed the secession from Spain.

A total of 10 parties and electoral blocs are participating in the ongoing election. During the vote, about 5.5 million people are be able to vote at 2,680 polling stations across the region.