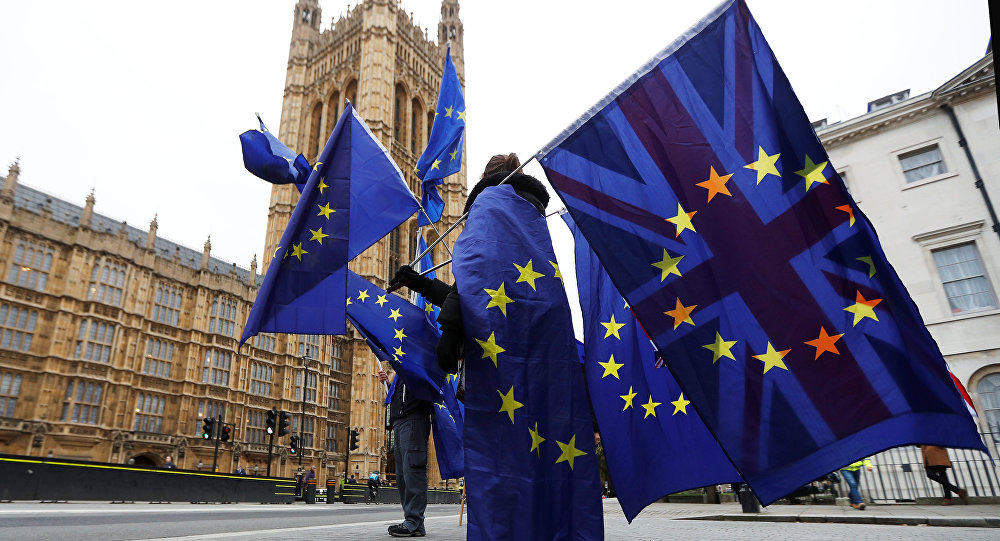 Bloomberg has published an annual guide with a pessimistic global prognosis for the upcoming decade. Speaking to Radio Sputnik, Dr. Benjamin Selwyn, professor of international relations and international development at the University of Sussex commented on the report, stressing that the EU needs to abandon its neo-liberal strategy of development.

Sputnik: The recent Bloomberg report suggests the rise of socialism in Europe. Could it be a new reality in Europe and why is it so?

Benjamin Selwyn: This is typical Bloomberg, I mean, this is Bloomberg representing the voice of financial investors. So obviously they are going to be antithetical to anything [related] to socialism, because socialism means social ownership, collective ownership and Bloomberg and the private sector are based on private ownership, they are based on a private rule of gains. But, of course, when you see the financial system crashing, they want to socialize all of the losses. So, they socialize the losses, but privatize the gains. That's what Bloomberg stands for. One reaction to that is the rise of left-wing socialist movements. You have lots of examples of this, of people saying: "We've had enough of neo-liberalism, we want a much fairer system."

Sputnik: How do you think the EU is going to fare in the coming decades?

Benjamin Selwyn: The EU has many good things about it. The free movement of labor within the EU is very positive. The attempts by the EU, quite successfully, to limit conflict to the diplomatic sphere is something very positive. A lot of safeguards that the EU has placed on things like food and the environment compared to, say, the United States; this is positive. And the native things are the ones that will actually undermine it, if they are not addressed. The way the EU wrecked the Greek economy was shameful. The EU needs to shift away from its neo-liberal strategy of growth; otherwise, the EU will become increasingly riven by these tensions.

Sputnik: Do you see a direct link between the polarization in the world that we see all over the place: the inequality, the income inequality and the wealth distribution inequality?

Benjamin Selwyn: Of course, you can see across Latin America, if you look at the last 15-20 years you've had quite a lot of wealth redistribution taking place and you've had quite a lot of positive moves by the governments in Latin America, the so-called "pink tide" ["turn to the Left"] in the 2000s. But that was undermined with the fall of the commodities boom. The old order basically started pushing back, moving to a much more reactionary mode: in Brazil you've got Michel Temer, for example, Dilma Rousseff and other examples like that. These dynamics are about how much wealth can be redistributed, what are the social forces ranged for redistribution of wealth and what are those forces ranged against them. And you see that those battles are getting quite intense across the world. And [US President] Donald Trump is an example of that, I mean with his tax cut for the rich in America, whereas you've got large sections of the American population living in poverty in places like Alabama.

Sputnik: Bloomberg also saw Jeremy Corbyn coming to power in the UK. Do you see that happening? They also say that if he does come to power then the UK is going to go into default in the coming 10 years.

Benjamin Selwyn: He [Corbyn] could come to power and it would be a very positive thing if he did. People have to understand that Bloomberg's voice is the voice of a very small section of business. They are antithetical to any kind of socializing trend at all. What Corbyn would do would be to redistribute wealth. He would start investing a lot in the British economy, pumping billions into infrastructure, billions into technology, billions into the green sector, which would actually raise productivity, raise employment, raise wages and could actually lead to quite an economic shift and economic growth. […]

Sputnik: Do you see potential for similar political trends or political leaders emerging in the rest of Europe?

Benjamin Selwyn: What you have is a process of polarization. You've got the extreme right emerging, but you've also got the left, the socialists, emerging and becoming stronger and more confident. So I am not going to predict that's going to go one way or another, but what I am predicting is that you have more polarization, more opportunities on both sides. And it's a question of which side is better organized and better able to articulate the crisis that most people are facing at the moment and real alternatives to that that will determine which of the left or the right forces emerge more successfully, but I very much hope it's the left forces because they do offer hope to the mass of the population as opposed to just a small minority.

The views and opinions expressed by Dr. Benjamin Selwyn are those of the speaker and do not necessarily reflect those of Sputnik.