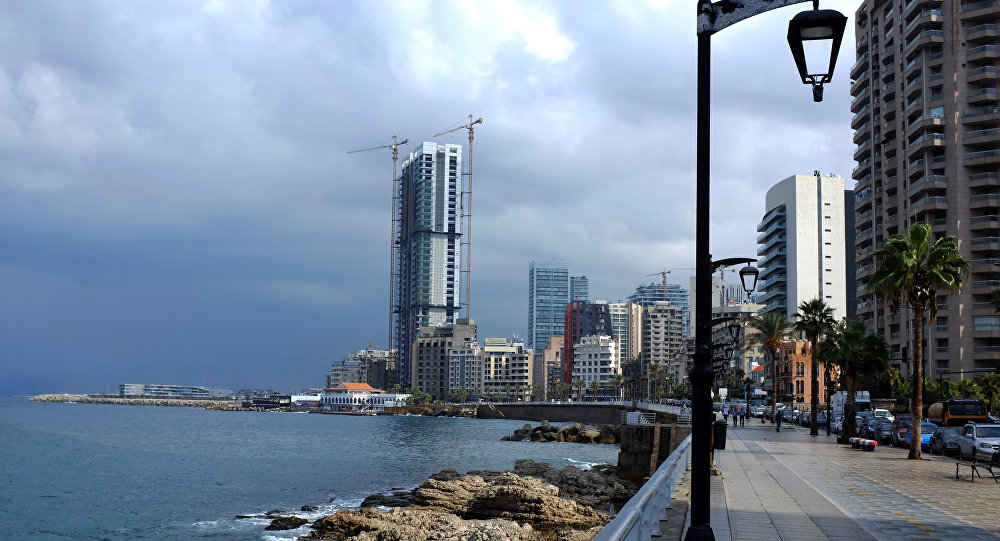 Beirut's approval of a bid by a consortium of Russian, French and Italian energy companies will help the Lebanese economy overcome the present difficulties, Muhammed Qabbani, the head of the Lebanese parliamentary committee on energy, has told Sputnik, adding that Russia's involvement is especially important for the project.

The Lebanese government decision to engage Russia's Novatek, France's Total and Italia's Eni energy companies in the exploration of coastal oil and gas fields will contribute to the country's economic development, Muhammed Qabbani, the head of the Lebanese parliamentary committee on energy, told Sputnik Arabic.

"The development of the deposits gives hope to the Lebanese people that they will overcome economic hardships and the difficult situation [the country] has been unable to cope with for a long period, even in case the revenues begin to flow [into the economy] is several years," Qabbani highlighted.

Beirut has granted a consortium of Novatek, Total and Eni its first offshore drilling rights to explore natural gas and oil in blocks 4 and 9, Lebanese Energy and Water Minister Cesar Abi Khalil said in a statement on his Facebook account. According to Khalil, the works will start at the beginning of 2019.

The exploration of the offshore hydrocarbon reserves will begin in about two years and, it will take 3-4 years to build the necessary infrastructure for the extraction, Qabbani admitted.

"That means that we will receive the income in 6-7 years," the parliamentarian said. "Yes, it's a long way. However, we will feel the positive effect of this work much sooner. [Exploration] works on the fields will help strengthen the Lebanese economy and change the current gloomy situation."

© AP Photo / Ivan Sekretarev
Lebanon Asking Middle Eastern Nations to Sanction US in Retaliation to Trump Assertion that Jerusalem is Israeli Capital
Citing the International Monetary Fund (IMF), Bloomberg notes that Lebanon's public debt presently amounts to about 150 percent of the country's GDP, adding that the Lebanese economy has also been hit by the refugee crisis prompted by the Syrian civil war.

The Lebanese politician focused attention on the fact that the world's largest energy companies will be involved in the project. He highlighted that Total is one of the five largest oil companies in the world, while Eni is the largest company engaged in the exploration of oil fields in the eastern Mediterranean, adding that it also works with Egypt and Cyprus.

"As for Novatek, it is important that it is Russian, and therefore it has political significance," Qabbani noted. "Its presence will not allow Israel to carry out aggressive actions against offshore oil fields in Lebanese waters. I think that the cooperation of these three companies will be successful and that the Lebanese will benefit from it."

Block 4 is located in shallow waters; it is expected to be a promising natural gas deposit, while block 9 is regarded as a potential source of oil. However, working on block 9 the companies may face a dilemma given the fact that it is situated in a zone claimed by both Lebanon and Israel.

The views and opinions expressed by Muhammed Qabbani are those of the parliamentarian and do not necessarily reflect those of Sputnik.