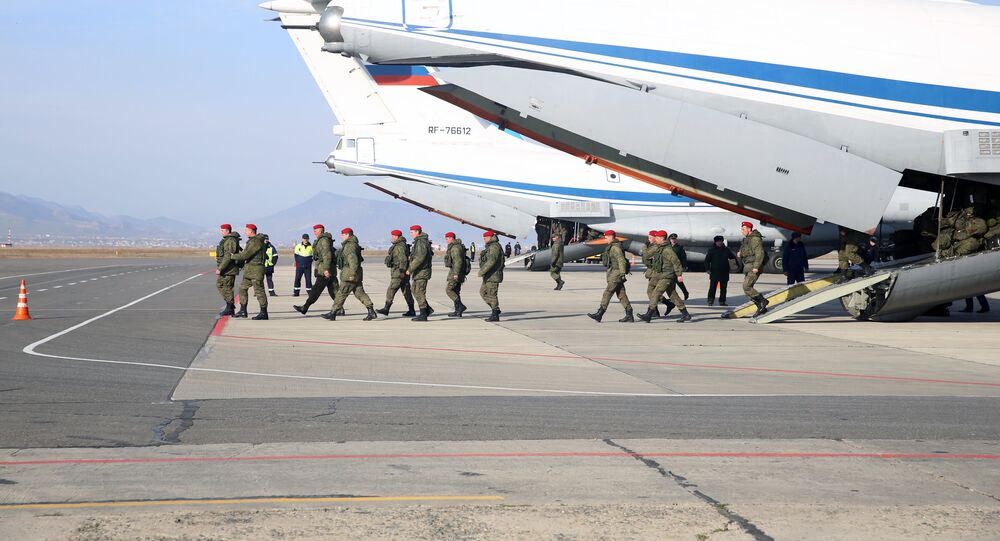 On December 11, President Vladimir Putin instructed the Defense Ministry to start the pullout of Russian servicemen from Syria. French military analyst Jean-Bernard Pinatel has told Sputnik that it is the success of Russian diplomacy that added significantly to this decision.

French military analyst Jean-Bernard Pinatel underscored that in 2017, Russian diplomats managed to create the right political and military conditions for "a real de-escalation in Syria, achieving the disintegration of the so-called 'Arab NATO', a Sunni alliance which includes Saudi Arabia, Turkey, Jordan, Qatar, the United Arab Emirates and Bahrain […]."

He said that the disintegration of this coalition, "which in a certain sense signaled the refusal of its members to further destabilize Syria, led to the possibility of de-escalation in many areas where Islamists still remained."

As for Saudi Arabia, it "has pledged to Russia to unite various Arab, non-Islamic movements in order to involve them in negotiations for the restoration of peace," according to Pinatel.

When asked how the withdrawal of Russian troops will affect the situation in Syria, he said that right now, Syrian troops are capable of maintaining security in their country on their own and that a Russian military's presence is only needed in Idlib Governorate.

"In other words, there will be ongoing de-escalation with a gradual withdrawal of the Russian contingent and a reduction in the number of troops. There is no need to preserve a 5,000-strong contingent and 60 aircraft in Syria," Pinatel noted.

He recalled in this vein that President Putin ordered that ten Russian planes and a special force unit should remain in Syria "so that they could intervene in case of problems."

Referring to the peace talks on Syria at the upcoming summit in the Kazakh capital Astana, Pinatel emphasized that "it is the Russians who have a say in the matter."

"They can move on to peace or at least to a cessation of hostilities [in Syria] without holding [peace] talks in Geneva," he pointed out, touting an agreement between Putin and his Turkish counterpart Recep Tayyip Erdogan as a "key moment."

Separately, Pinatel pointed to the fact that Vladimir Putin made the announcement regarding the Russian servicemen's withdrawal from Syria three months before the presidential elections in Russia.

"The return of soldiers to their homeland has always been of great importance to the presidential campaign," he said, adding that Putin'sannouncement indicates that "the situation has substantially stabilized since the beginning of the Russian air campaign in Syria in October 2015."

Pinatel concluded by saying that Putin is seeking to uphold Russia's interests in Syria, "which are an airbase [in Hmeymim] and a naval base in Tartus, rather than President Assad."

I believe that Putin as well as Trump and French President Macron act primarily in the interests of their countries," Pinatel said, also citing the Russian and French leaders' push for multilateralism.

On December 11, President Vladimir Putin instructed the Defense Ministry to start the withdrawal of Russian troops from Syria after a two-year Russian anti-terrorist campaign, which was conducted in the Arab Republic.

The views and opinions expressed by Jean-Bernard Pinatel are those of the analyst and do not necessarily reflect those of Sputnik.