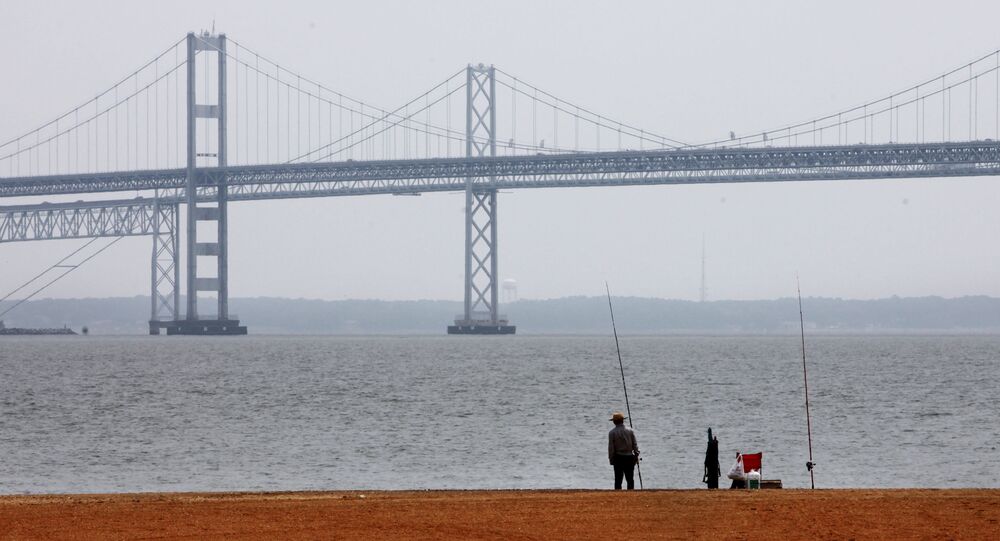 During last year's presidential elections Donald Trump made much political capital out of the terrible state of US infrastructure - but he has done little to address it. Kristina Swallow, President of the American Society of Civil Engineers, spoke to Sputnik about the magnitude of the job facing the US government.

Donald Trump has been in the White House for almost a year now — but still there is no sign of work to replace the US' crumbling roads, railroads, bridges or waterways, despite his campaign trail promises.

His plans for an Infrastructure Council collapsed in August when most industry executives involved backed out, in the wake of Trump's lack of condemnation for white supremacists, after clashes in Charlottesville, Virginia led to death of a young woman.

​Kristina Swallow, President of the American Society of Civil Engineers, told Sputnik the ASCE's latest Infrastructure Report Card estimated a $2 trillion gap over the next 10 years and graded America's infrastructure at D+ across 16 categories.

US 'Underinvesting For Decades'

She said most of the US's infrastructure was "beyond its useful design life" and the country has been "underinvesting for decades".

"Engineers are doing what they can to patch older infrastructure and ensure the safety of the public, but ultimately our infrastructure needs modernization that will only happen through increased investment," Ms. Swallow told Sputnik.

Much of the US's existing infrastructure was built between 1933 and 1970, a period which began with President Franklin D. Roosevelt's famous New Deal, which involved huge public investment in projects such as the Hoover Dam in order to tackle the high unemployment of the Great Depression.

He set up the federal Public Works Administration, which built landmarks such as the Lincoln Tunnel, the Triborough Bridge and LaGuardia airport in New York and Los Angeles international airport, as well as thousands of smaller projects.

"In the 1950s, President Eisenhower created the Interstate Highway System. That revolutionized Americans' abilities to travel around the country, and move goods more effectively. In the 1970s, Congress passed the Clean Water Act, which cleaned up America's rivers and streams. Since then, we've largely been living off of those investments. In the 1980s, President Reagan made some efforts to improve our infrastructure, as he deeply valued its significance to the economy, but it was not as wide or as sweeping. Largely, we're living off of infrastructure put in during the 50s and 60s," Ms. Swallow told Sputnik.

In the evening rush hour on August 1, 2007 one such bridge, in the center of Minneapolis, collapsed hurling dozens of cars and buses into the Mississippi river. Thirteen people were killed and dozens were pulled from the water. It could have been worse but 63 children were rescued from a school bus which was left tottering at the edge of the precipice.

Despite that incident the issue of infrastructure has faded behind more high profile issues such as gun laws, abortion, race relations and even transgender equality.

Ms. Swallow said the ASCE was encouraged during last year's elections that both Trump and Hillary Clinton were talking about infrastructure on the campaign trail.

"We had hoped that the passion and energy would mean it would be the first legislative priority. Unfortunately, we're still waiting and meanwhile inadequate infrastructure costs every American family $3,400 of disposable income a year," she told Sputnik.

Ended the day meeting with @RepPeterDeFazio and @SenatorCarper on the need for a smart #infrastructure bill to improve our quality of life and drive our communities forward! Thank you both for your #leadership on infrastructure! @ASCETweets @ASCEGovRel pic.twitter.com/4oZ3gSGno7

"We're hopeful 2018 will be the year we see a major infrastructure investment package signed into law," Ms. Swallow told Sputnik.

One of the first things Trump did when he arrived in the Oval Office was to speed up environmental reviews in order to speed up his planned $1 trillion infrastructure program.

In June, Trump said his planned Infrastructure Bill would include improving broadband in rural America.

"My administration is working every day to deliver the world-class infrastructure that our people deserve and, frankly, that our country deserves," Trump said in August.

Last week the White House said it would be sharing its infrastructure priorities with Congress in January and on Monday, December 11, Trump met with Transportation Secretary Elaine Chao and House Transportation and Infrastructure Committee Chairman Bill Shuster, who are expected to be key players in pushing through the legislation.

The US Chamber of Commerce has also launched a Let's Rebuild America initiative and is working closely with the ASCE to lobby Congress.

But the US has a national debt of $20 trillion, which is rising, and Trump is planning to cut taxes, which will make the federal government even poorer.

Getting closer and closer on the Tax Cut Bill. Shaping up even better than projected. House and Senate working very hard and smart. End result will be not only important, but SPECIAL!

So does the US have enough money to fund what needs to be done?

"Broken down across 10 years, our funding gap is $200 billion a year. With an $18.57 trillion GDP and these needs shared across the federal, state, and local governments and the private sector, it is a manageable increase in investment that will yield a far greater return," Ms. Swallow told Sputnik.

She said spending on infrastructure would boost US jobs and the domestic economy.

The views and opinions expressed by ​Kristina Swallow are those of the expert and do not necessarily reflect those of Sputnik.