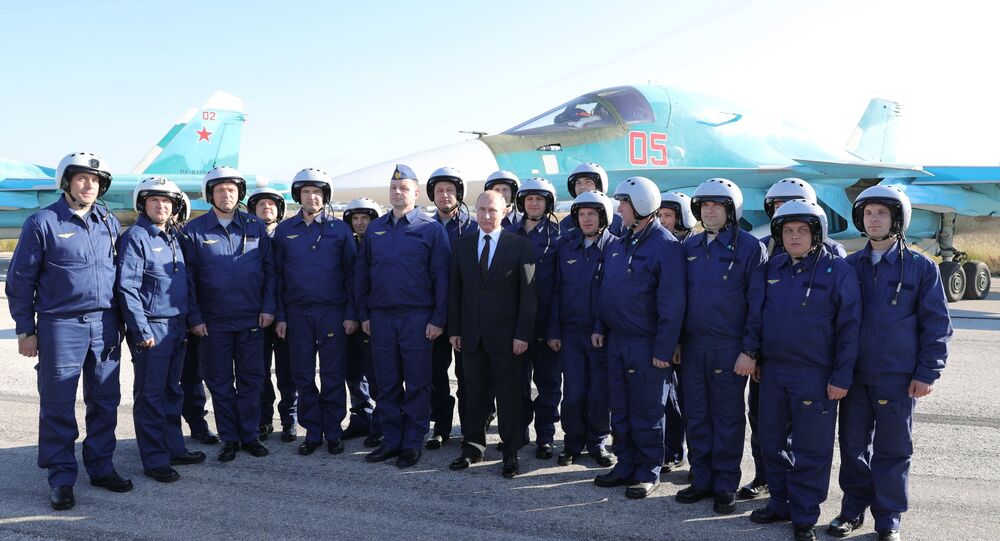 The chairman of the Foreign Affairs Committee of the Iraqi Council of Representatives and a negotiator from the Syrian opposition delegation have spoken to Sputnik about President Vladimir Putin's announcement ordering the withdrawal of Russian troops from Syria.

The withdrawal of Russian troops from Syria "signals the success" of the country's military campaign against terrorist groups, Abdulbari Zebari, the chairman of the Foreign Affairs Committee of the Iraqi Council of Representatives, told Sputnik, adding that he believes that "the region still needs military support from their allies, and the threat of Daesh is still there."

"Any failure of the regional governments to provide what’s required for basic life needs for their citizens will help terrorist groups grow under a different name," Zebari stated.

At the same time, a negotiator from the Syrian opposition delegation Mohannad Dlykan told Sputnik that the withdrawal of the Russian troops from Syria meant it was high time to proceed from military victories to a political solution in Syria.

When asked whether the Russian troops' withdrawal may be a signal for other foreign troops, including the US forces, to disengage from the country, Dlykan said that "this is a signal to all, not just the United States."

The statements come after President Vladimir Putin has ordered to begin the withdrawal of a significant part of Russian troops from the country, while visiting the Hmeymim airbase in Syria. According to the president, the two Russian bases, in Tartus and Hmeymim, as well as the center for Syrian reconciliation, will continue to operate.

Assad, who had a separate meeting with Putin at the airbase, has thanked the Russian president for the effective assistance in the country's fight against terrorism.

© Sputnik / Dmitry Vinogradov
Top 5 Facts About Russia's Military Operation in Syria
The announcement was made several days after the Russian president has declared a "complete" victory over Daesh in the Arab Republic, adding that the terrorists had been defeated on both banks of the Euphrates River.

The views and opinions expressed by Abdulbari Zebari and Mohannad Dlykan are those of the speakers and do not necessarily reflect those of Sputnik.