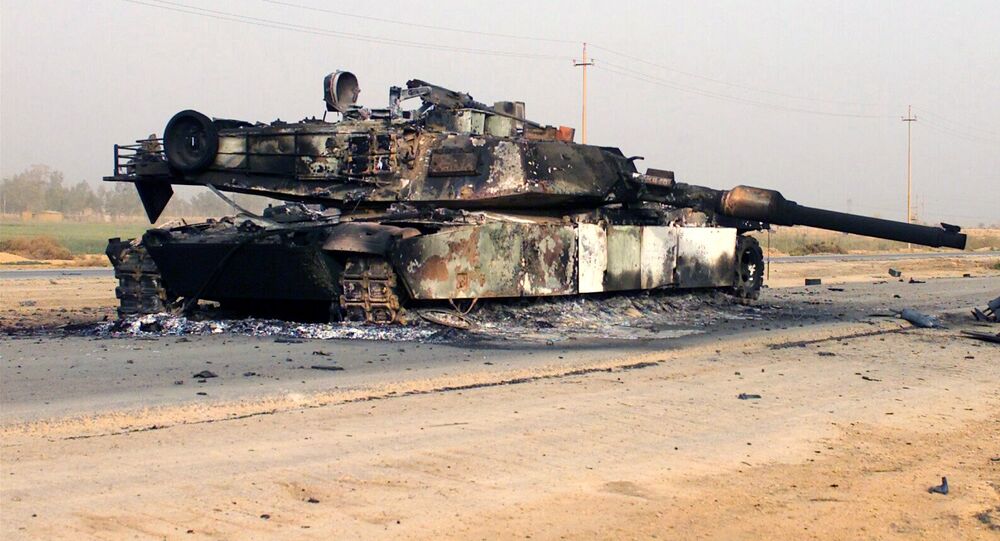 RAND Corporation: US May Lose Potential Conflict Against Russia, China

A new report issued by the US-based research think tank RAND Corporation has suggested that under the threat of open confrontation with Russia and China, the United States is likely to suffer sufficient losses and eventually will be defeated.

The RAND Corporation sees the potential weakness in the US Department of Defense's controversial focus on the Two Regional Wars standard. This currently enabled military doctrine implies the US capability to wage two minor wars simultaneously.

"Assessments in this report will show that US forces could, under plausible assumptions, lose the next war they are called upon to fight, despite the United States outspending China on military forces by a ratio of 2.7:1 and Russia by 6:1. The nation needs to do better than this," the report issued on Saturday said.

© Wikipedia / Aquatiger127
‘Enhancing Deterrence’: Chinese War Games Near Guam a Message to US
The think tank pointed out that the focus on the Two Regional Wars standard neglected the fact the US national interests were being challenged by two major powers — Russia and China, not minor countries.

"This disjuncture is partly to blame for the fact that the United States now fields forces that are, at once, larger than needed to fight a single major war, failing to keep pace with the modernizing forces of great power adversaries, poorly postured to meet key challenges in Europe and East Asia, and insufficiently trained and ready to get the most operational utility from many of its active component units," the report noted.

The US-based think tank also atressed that along with Russia and China, North Korea, Iran and Salafist jihadist groups also pose a threat to US national security.