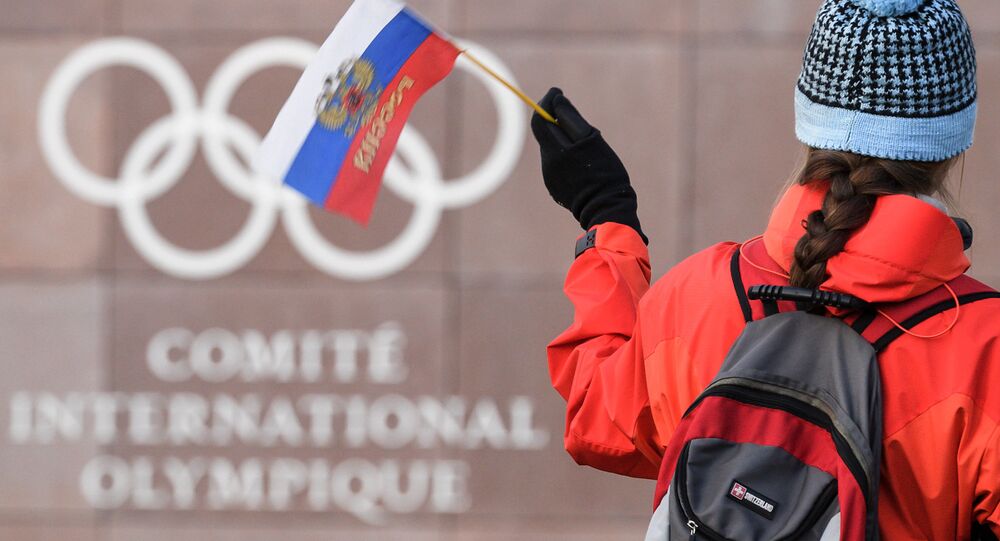 The International Olympic Committee decision to ban Russian athletes from competing under the Russian flag is legally "very problematic," since its dependence on "doping" allegations made by one man, Grigory Rodchenkov, does not meet the necessary burden of proof, lawyer for Russian canoeists Emmanuel Kilchenmann told Radio Sputnik.

On Tuesday, the International Olympic Committee (IOC) announced that the Russian Olympic team is banned from the 2018 Winter Olympics in Pyeongchang amid doping allegations, although "clean" Russian athletes will be able to compete under a neutral flag. Lawyer Emmanuel Kilchenmann told Radio Sputnik that the IOC's decision does not have enough basis in fact.

"From a legal point of view, I am absolutely convinced that there are not enough hard facts," said Kilchenmann, who represents the Russian canoeists named in the McLaren report, which was commissioned by the World Anti-Doping Agency (WADA) and published in December 2016.

Sputnik: Do you expect the Russian side to declare a blanket boycott?

Emmanuel Kilchenmann: The International Olympic Committee (IOC) issued this decision, without considering the future of so many young people working very hard and in good faith for their passion – sport.

The decision doesn't take into consideration the individual rights of the athletes, training very hard to participate in the Olympic Games.

© Sputnik / Ramil Sitdikov
‘A Kangaroo Court’: Expert Weighs in on Russia’s Olympics Ban
Sputnik: The Olympics only come around every four years, and a lot of Olympic athletes who are ready for competition this time around won't be in a position to compete in four years' time. What do you think about the position that these athletes are being put in?

Emmanuel Kilchenmann: They have been taken hostage, the individuals want to participate but then they probably have a loyalty problem with their country. It's really insane to put the athletes in such an ethical dilemma. It's very problematic.

But I'm even sadder for the rule of law than I am for the athletes. There is a burden of proof and you can issue sanctions based on indirect evidence, but there has to be a lot of such evidence, not just one person which you base everything on and build up the whole case. From a legal point of view, that's very problematic.

Sputnik: How will this affect the popularity of the Olympics and the validity of medals that are won in disciplines where the Russian team has historically dominated, for example figure skating, gymnastics, synchronized swimming and Greco-Roman wrestling?

Emmanuel Kilchenmann: It's really [bad] for the Olympic spirit. Sport and politics should not be mixed, because the spirit of sport is something universal. By issuing such a decision, the IOC is taking a big risk that it will decrease the popularity of sport across the world, not only in Russia. More and more people are saying that there is only politics behind this, and that kills the Olympic spirit.