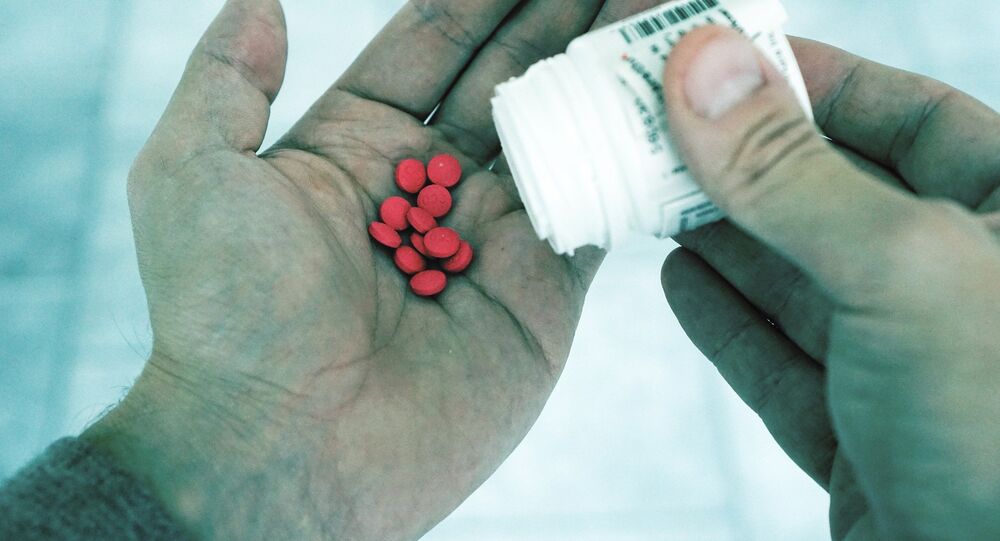 The scale of the drugs culture within British prisons has been exposed in a damning new report that found inmates repeatedly under the influence of illegal substances.

HMP Holme House, one of the UK government's trailblazing reform prisons, is awash with drugs — with nearly 60 percent of prisoners claiming it's easy to access illicit substances, according to a report carried out by the HM Inspectorate of Prisons published December 5.

This big, relatively modern prison (25 years old) where men can't get clothes, cleaning materials or bedding but is awash with drugs, illustrates the shambles at the heart of the penal system https://t.co/zcNpedrXkm

​Inspectors admitted they "rarely having seen" so many serious and repeated incidents of prisoners under the influence of harmful substances during visits to the category B local prison, near Stockton-on-Tees. They have warned the scale of the drug problem has resulted in a knock on effect to overall prison safety.

Conditions in the prison have deteriorated despite it being one of six jails where governors were given greater powers last year over the prison regime, family visits and rehabilitation services.

In an interview with Sputnik, Robin, a former convict, admitted there are two primary problems inside British prisons — supply and demand.

"The demand isn't generated by drug addicts in prison, but rather by the prison itself. When prisons ruin people with no chance of rehabilitation, and when prisons are institutions designed to harm people, there's little else to do other than get high just to get through the pain. It's often said if you don't have mental health problems or addiction problems before you go in, you will have them when you're in. No matter how much people resist, they'll be crushed and turn to drugs to deal with it," Robin told Sputnik.

In terms of supply, Robin, director of the film Injustice, admitted everybody knows where it comes from. Although, more recently, drones have been used they are merely a distraction.

© Flickr / Lee
UK Smugglers Use Drone to Deliver Drugs to Prison
"Ask anyone inside and the supply lines are clear — that amount of drugs cannot be supplied without the complicity of bent guards. The problem the Ministry of Justice faces is they know prison doesn't work. They don't stop from crime. They don't rehabilitate. They just make people worse. So a policy to stop the supply of drugs will fail as long as prisons exist to harm already damaged people," he revealed.

The ex-inmate says the UK government cannot admit its failure in tackling the drugs menace without undermining the justice system itself, so any initiatives are doomed to failure without addressing the underlying issues.

"To do that would mean to fundamentally change the system. But to do that would be be massively unpopular when we have a media system thriving on stoking public ire towards people who have been convicted. It is for this reason we have to understand prisons as a system rooted in failing public culture," Robin explained.

His comments were supported by Dr. David Scott, senior lecturer in criminology at the Faculty of Arts and Social Services at The Open University, who agreed the main routes for drugs getting into jails are through prison staff, family visits and drop-offs over the fence, perhaps via drones.

​"It is very difficult to control the supply of drugs because there is enormous demand for illicit substances in prison. There is massive demand for drugs in prison because prison life is so boring, mundane and prisoners find it hard to deal with the awareness their lives are wasting away behind bars. Prisoners take drugs to cope with the daily grind of prison. It is a way of making them less conscious of the pain of incarceration. Prisons have always had problems with substance usage, and prison is not conducive to helping people come off drugs," he told Sputnik.

He added there is an urgent need for a harm reduction strategy for substance use in prison including therapeutic interventions that can help people to turn their lives around.

"If we want to deal with drug usage more broadly we need social policies in wider society that allow people to have fulfilling lives and make lasting relationships and connections with their communities. Taking drugs is a reflection of loneliness, isolation and despair, whether in prison or elsewhere," Dr. Scott argued.

​Similarly, Andrew Neilson, director of campaigns at the Howard League for Penal Reform, said drugs is a serious issue in Holme House as it is in many other prisons.

"Where there is drug abuse there is also debt and violence, and these problems have become more severe as prisons have become increasingly overstretched," he told Sputnik.

In order to reduce the supply of drugs in prisons, the demand has to be curbed, which means ensuring prisons are properly resourced and prisoners are occupied with purposeful activity, such as work, education, training and exercise, Mr. Nelson explained.

He called for bold but sensible action to reduce the prison population as this would save lives, protect staff and prevent more people being swept away into deeper currents of crime and despair.

During their investigations, inspectors found 36 percent of mandatory drug tests at the 1,2000 inmate jail were positive when new psychoactive substances were included, while 60 percent of prisoners admitted it was easy to get drugs.

Peter Clarke, chief inspector of prisons, said: "The prison was not as safe as it had been — at the heart of our concerns was a very serious problem with drugs. The threat to the well-being of individuals was manifest and rarely have we seen so many serious and repeated incidents of prisoners under the influence of harmful substances. Illegal drugs, principally new psychoactive substances, were too easily available and were leading to potentially life-threatening medical incidents. The jail did not have an effective strategy to reduce the drug supply."

In July, it was revealed officers at the prison were becoming ill after inhaling the so-called zombie drug Spice.

The report concludes there is a need for greater attention to the basic requirements of safety, decency, and prisoner rehabilitation.