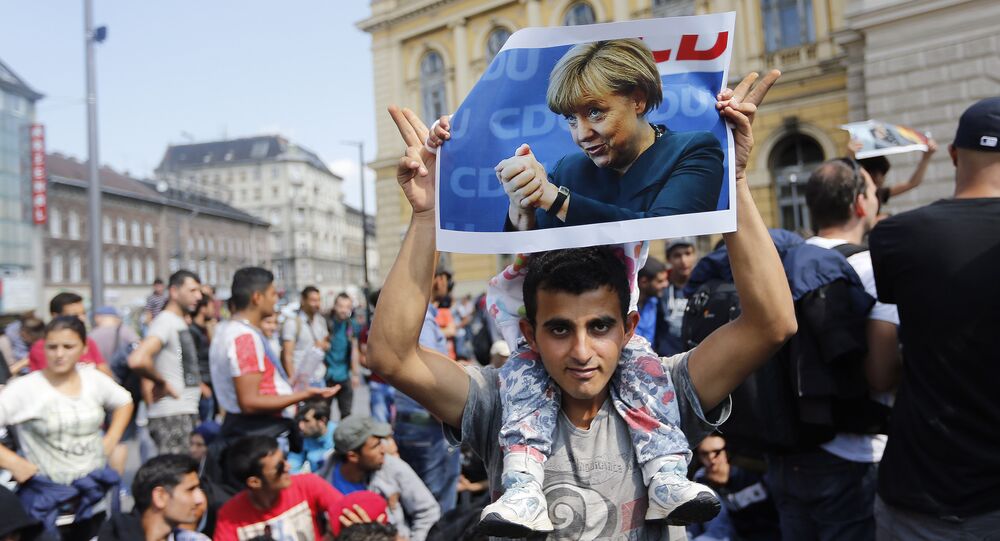 Facing the Inevitable: the Full-Throttle Islamization of Europe

Given the refugee crisis and the steady increase in the Muslim population, the EU is likely to face three scenarios that will determine its future, RIA Novosti contributor Igor Gashkov writes, adding that none of them could prevent inevitable ethnic, cultural and religious changes on the Old Continent.

The size of the Muslim population in Western Europe has been increasingly growing in recent years; however, even if the migration flow from the Middle East and North Africa is halted, Europe is destined for huge changes, due to the high birthrates of the Islamic citizens of the European Union (UN).

According to RIA Novosti contributor Igor Gashkov, the EU is facing three scenarios. The first one envisages tough anti-immigration measures including border closures.

However, "the adoption of cardinal measures will not stop the change in the ethnic ratio in European societies," the journalist stressed, adding that the share of the Islamic population will still increase from 4.9 to 7.4 percent in the next few decades.

Under the second scenario, if Brussels fails to take the migration process under control the EU Muslim population will soar up to 11 percent. Thus, by 2050 its share will mount to 16 percent in the UK and 20 percent in Sweden.

The third, "radical" scenario will lead to a sharp and unpredictable transformation of the European Union in case the current pace of migration remains intact.

"If migration continues at the previous level it will mean that by 2050 in Sweden and neighboring Norway Muslims will amount to 30 and 17 percent of the population, respectively," Gashkov elaborated.

© AFP 2020 / DANIEL SANNUM LAUTEN
World to See More Babies Born to Muslims Than Christians by 2035
In any event it is clear that Europe will never be the same again, the journalist highlighted.

There is yet another problem with the increasing Islamization of Europe: it may become a stumbling block in the way of liberal developments within the EU.

"The combination of the Koran and liberalism is, basically, possible, but this approach will not be popular," Roman Silantyev, a Russian sociologist specializing on Islam told RIA Novosti. "Attempts are being made, but, according to sociological data, there are only a few [Muslims] who support them."

Among the proponents of this approach is Sadiq Aman Khan. The British politician and mayor of London supports homosexual marriages, while being a Muslim.

On the other hand, the aforementioned trend requires certain concessions on the part of the Europeans, Gashkov noted, referring to the fact that in recent years some fashion styles compatible with the requirements of Islam are gaining popularity in the EU.

Hypothetically, Muslims and European Christians can find common ground by seeking in Islam concepts potentially close to views prevailing in the West, the journalist surmised. However, Alexei Malashenko, chief researcher at the Dialogue of Civilizations Research Institute (DOC), remains skeptical about the possibility of such a rapprochement.

"One can find both human rights and democracy in the Muslim heritage. All these do not contradict the Koran. But Islam's democracy and understanding of [human] rights is not the same as that of the Europeans," Malashenko told RIA Novosti.

© Photo : Pixabay
Germany's Migrant Crisis: 'At This Rate, by 2060 There Will Be No Germany as We Know It'
There is yet another problem, according to Gashkov: The Europeans appear unwilling to increase their birthrates in order to restore the demographic balance.

Speaking to RIA Novosti, Evgeny Andreev, of the Center for Demographic Research at the Moscow-based New Economic School, remarked that attempts to boost the fertility rate in Sweden, France and Hungary have not succeeded.

According to Andreev, "a significant part of modern Europe comprises countries with a strong memory of totalitarianism. The latter often tried to intervene in demographic processes, eventually causing rejection. For this reason, for example, in the Federal Republic of Germany (FRG), there have never been attempts at the state level to bolster the country's birthrates, he explained.

"The Germans are comfortable with the situation — they just do not want to have more children than they have now," Andreev highlighted.

Given this, the secret government report published in April by Germany's Rheinische Post newspaper, which envisages bringing about 1.5 million Muslim migrants into the country between 2015 and 2016 to slow the decline of Germany's population, does not look surprising.

The report said that Germany's current fertility rate was far below that which would be necessary to reproduce the population. Accordingly, the German government calculated that the country needs an estimated 300,000 migrants each year, in order to preserve its economic stability up to 2060.

Commenting on the matter RIA Novosti contributor and Europe observer Igor Pshenichnikov warned that these trends threaten to bring with them tectonic changes to Germany's ethnic, culture and religious traditions. It appears that other Western European states are facing the same prospect.