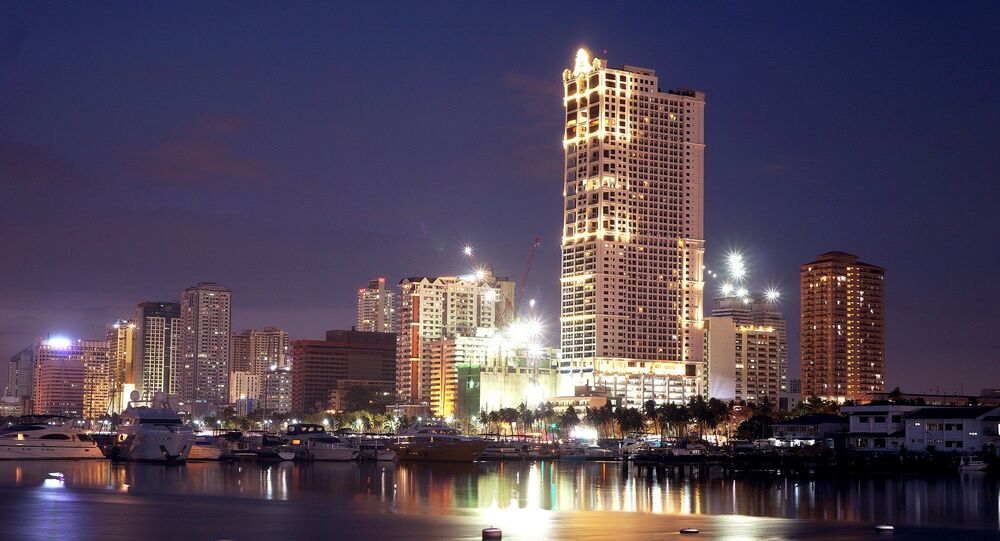 The Philippine economy expanded 6.9 percent year-on-year in the third quarter of this year, faster than China's 6.8 percent, making it one of the fastest-growing economies in Asia.

Foreign trade and investment have grown relatively fast during the Duterte administration. Known as a pragmatic leader, Philippine President Rodrigo Duterte has attached great importance to economic development and made a strong effort to boost exports and foreign investment.

However, the Philippine economy is caught in a bit of a rut. The economy performed quite well during the Aquino III period, from 2011 to 2016, with GDP growth rates generally above 5 percent and sometimes even exceeding 6 percent. It also received high levels of investment from Japan and the US. But Filipinos don't feel the rapid economic growth, due in large part to fast population growth. The country added 8.6 million people from 2010 to 2015, bringing its population above 100 million, according to a report from rappler.com that cited data from the Philippine Statistics Authority. That population surge mostly offset the effect of economic development.

As a medium-sized country, the Philippines needs to intensify efforts to further open up and attract foreign investment if it wants to develop a relatively complete industrial system and promote sustainable economic development. Duterte has made great efforts in this regard, as shown by the easing relationship with China. For Duterte, economic development is the top priority, and the South China Sea issue is "better left untouched" as China can provide the country with exactly what it needs for economic development.

The Philippines remains an agricultural country, but it is undergoing rapid urbanization. According to a joint study by the Philippine government and the World Bank, about 45 percent of Filipinos live in urban areas, and the figure is expected to more than double by 2050. Rapid urbanization can lift a country's modernization level, but it may also signal bottlenecks. As people are concentrated in the cities, the higher demand for housing, basic services and transportation puts great pressure on urban planning. The nation's urban infrastructure, such as public transport facilities, already lags the urbanization pace.

The Duterte administration is pursuing its "Build, Build, Build" program with a series of infrastructure projects, such as the two bridges to be built in Manila.

There are also risks facing the Philippine economy.

© Photo : Ministry of Defence of the Russian Federation
Russia Provides Philippines With Batch of Military Equipment

First, as US President Donald Trump has criticized imbalances in US trade with other countries, the trade deficit between the US and the Philippines may not bode well for the latter's exports. Data from the Philippines Statistics Authority showed that during the first three quarters of this year, exports to the US reached $7.04 billion, while imports from the US stood at only $5.15 billion, resulting in a trade surplus of $1.89 billion. Since the Philippines is unable to buy US products like airplanes in bulk in the short term, its exports to the US may be affected.

Second, although the Philippine economy expanded rapidly in recent years, its economic foundation is not that sound. As a highly open economy, it is vulnerable to external risks. Given the close ties to the US economy, it is more vulnerable than some other Southeast Asian countries in the face of global financial risks.

Third, the Philippine peso has been relatively weak amid a rapid credit expansion. In October, the peso weakened against the US dollar to hit a fresh 11-year low. In November, the IMF warned against the country's overheating risks due to its strong credit growth.

This is a common problem for most Southeast Asian countries, as they often tend to maintain high growth by means of high inflation. While economic growth is accelerating, inflation and credit rise at the same time. These factors are essential to maintain economic growth, but they may lead to potential risks that are inevitable for developing countries undergoing rapid growth.