Turkish Deputy PM Explains Why Turkey, Russia are Complementary in Many Respects

The recent meeting of Russian and Turkish businessmen, held on November 24 in Moscow, has once again demonstrated that the two countries have a wealth of mutual investment and business opportunities, Turkish Deputy Prime Minister Mehmet Simsek has told Sputnik.

One can say with confidence that Turkey and Russia are complementary in many respects, Turkish Deputy Prime Minister Mehmet Simsek told Sputnik Turkiye, while commenting on the recent business summit organized by Russia's Sberbank that brought together representatives of major Russian and Turkish corporations.

Simsek underscored that Turkey and Russia provide investors with ample opportunities for investments in the coming decades: "While we are facing a shortage of energy sources, Russia has plenty of them. In addition, Russia really has vast experience in the field of fundamental science, as well as considerable human resources."

For its part, Turkey has "a highly developed entrepreneurial spirit" and "flexibility in its approach to the development of certain products," the official underscored. 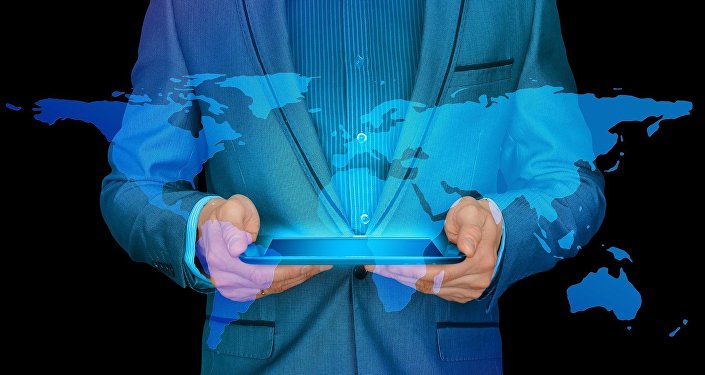 © CC0
Russian Business Abroad: Which is the Correct Response to Discrimination?
He highlighted that the issue of how the two countries could jointly exploit these resources for mutual benefit has shaped the agenda of the latest meeting in Moscow.

Additionally, Simsek focused attention to the fact that Moscow and Ankara are currently making considerable efforts to ensure peace and stability in Syria: "In the near future, when this task is accomplished the issue of the joint restoration of the region will come to the forefront."

The third topic discussed during the meeting was the prospect for Russo-Turkish cooperation in neighboring regions, in particular Central Asia, the Middle East and the Balkans, the deputy prime minister elaborated.

"In terms of purchasing power Russia is the sixth largest economy in the world, while Turkey is in 13th position," Simsek said. "This alone shows how large our markets are; in addition we can work together with third countries."

© Sputnik / Kirill Kallinikov
Russia's Rosatom to Start Turkish Akkuyu NPP Project Implementation Shortly
According to the Turkish official, the countries have managed to form a highly favorable investment climate. He stressed that the leadership of Turkey and Russia are ready to provide comprehensive support to businesses, adding that many Turkish companies are very successful in Russia.

"One can also witness a gradual increase in investment flow from Russia to Turkey," Simsek noted, "We intend to take the necessary steps to diversify this flow."

The deputy prime minister emphasized that the presence of Sberbank in Turkey and the role it plays in the country, indicate that the banking company may become a sort of bridge bringing Moscow and Ankara even closer, contributing to "the expansion and deepening of Russo-Turkish cooperation."

Yet another important factor for bolstering ties between the two powers is the strengthening of interaction between the people of the countries, the Turkish official believes.

"This year the flow of Russian tourists to Turkey has exceeded 4 million people," he pointed out. "Perhaps, this figure will reach 5 million. In general, from 3 to 5 million Russians come to Turkey for work, for travel and recreation [annually], and this enables them to better know our country. This is very important."

Saying this, Simsek underscored the necessity of facilitating the entry of Turkish citizens into Russia. According to the deputy prime minister, "it is in the interests of the two countries." 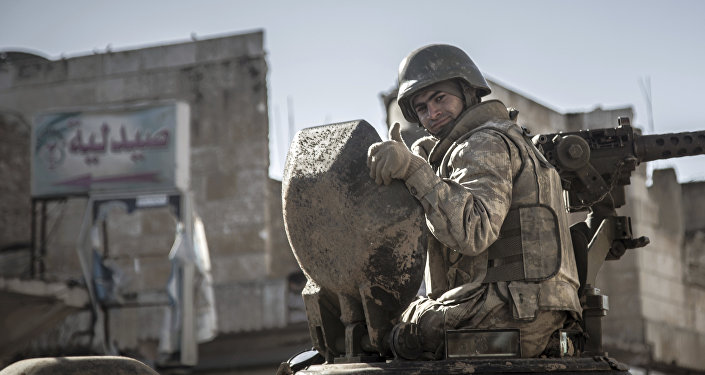 © AP Photo / Mursel Coban
Three Reasons Why Turkey Needs to Establish Direct Dialogue With Damascus
The official noted that recently Turkey and Russia have been subjected to unfair criticism from the Western press: "Therefore I attach great importance to interaction, to direct contacts between people," Simsek said. "Those who come to Turkey and have the opportunity to see the reality with their own eyes, in most cases, change their vision of Turkey for the better."

"Let's be realistic: yes, we are not perfect, we have our shortcomings, but the reality looks much better than it is being depicted by the press," he noted, "We have significant joint potential, as well as active entrepreneurs and financial elements that are able to exploit this potential. An increase in the tourist flow to 5 million people and synergy in the business sphere will further deepen our cooperation."

The business meeting took place in Moscow on November 24, involving CEO and Chairman of the Executive Board of Sberbank Herman Gref, Deputy Prime Minister of Turkey Mehmet Simsek, and CEO of DenizBank Hakan Ates.

Sberbank has been operating in Turkey since 2012, when it acquired DenizBank, one of the largest subsidiaries of the Group. According to Sberbank's official site, the two banking companies have invested almost $6.8 billion in the Turkish economy, jointly conducted about 60 major projects, "including the construction of three airports, several hospitals and plants, and a new Bosphorus bridge."