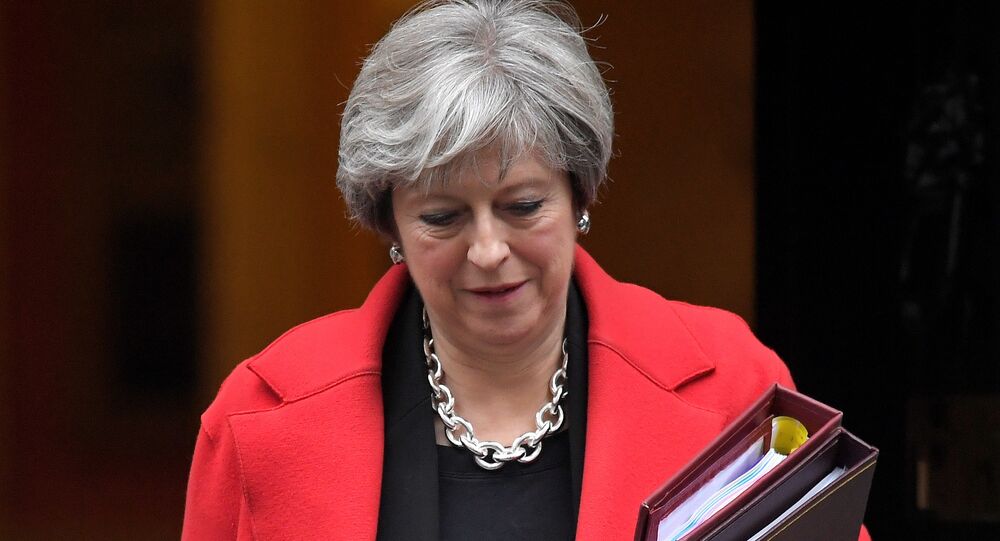 The Telegraph has reported that the UK and the EU had come to a preliminary agreement over Brussels' demand for a multi-billion euro financial settlement of Brexit. Speaking to Sputnik, David Lindsay, a writer and editor of an influential blog, The Lanchester Review, gave his vision of the situation.

Sputnik: The report on the divorce bill was downplayed by the spokesman for the UK government shortly after its publication. Do you personally believe the report is true?

David Lindsay: […] It is more the case that a large number of people simply want to be Prime Minister.

The Foreign Secretary Boris Johnson, who would have access to everything to do with the Brexit negotiations as foreign secretary, wants very badly to be prime minister and he or people around him are the very obvious source of this leak, in order to damage both Theresa May and David Davis.

Sputnik: How much of a blow does it serve to Prime Minister May and her government?

David Lindsay: She is not really governing her part at all and she is in a very weak position. This is the weakest government.

Sputnik: If Theresa May is ousted, who would you like to be the Prime Minister?

David Lindsay: I would say that the Corbyn government would have a clear concept why it wants Brexit and what Brexit should look like. It would in fact be in a stronger negotiating position.

Sputnik: What are the next steps of the government in terms of pacifying the electorate before the UK-EU negotiations?

David Lindsay: I honestly don't know when they will release the final figures [on the completion of UK-EU Brexit talks] because they have no idea when they are going to have one and that is the problem.

Labor should take the opportunity and Corbyn should say Labor has been successful in the past in opposing far smaller increases in Britain's contribution to the EU budget, and it should take this and run with it as politics in the country at large, saying if you don't want to pay this ludicrous sum of money then you need to change the government.

It's already a weak government and this is a real opportunity for Jeremy Corbyn and the Labor Party.

Toughest Job in Politics: Is This Man Capable of Delivering Brexit Laws for May?