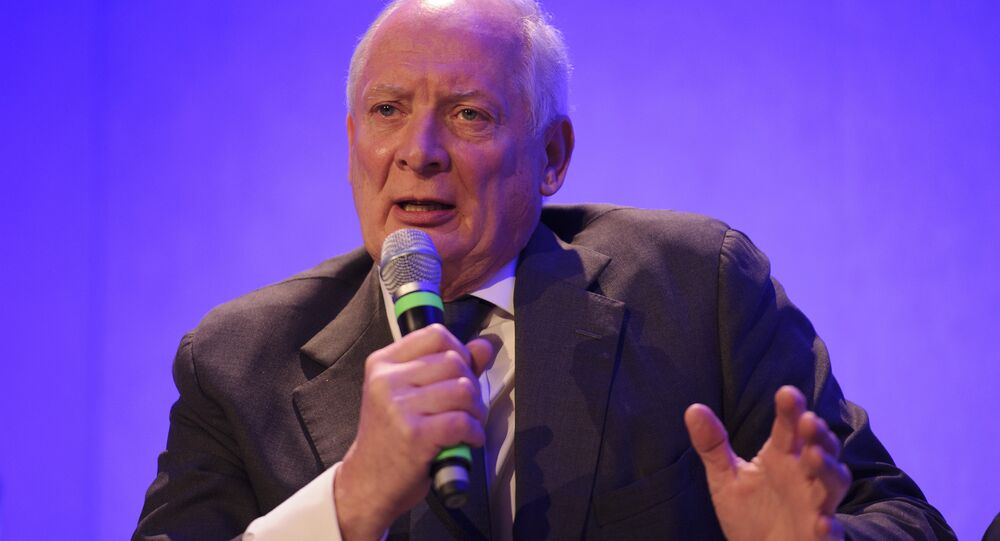 Roger Munnings, chairman of the Russo-British Chamber of Commerce, spoke to Sputnik about why he is hopeful Boris Johnson's visit to Moscow next month can pave the way to improved trade relations.

Speaking to Sputnik at the Russian-British Business Forum on November 29, Mr. Munnings described his work with British tax advisers and auditors KPMG in Russia between 1996 and 2008.

Sputnik: That sounds like the golden era when the relationship was going well and there was a lot of investment.

Roger Munnings: Yes I think so. If you look at the period immediately after President Putin took over from President Yeltsin, there was a feeling that Russia was embracing democracy and the market economy and it would become more and more like western Europe and the United States. I think we found a strong swing of the pendulum in the other direction. Russia doesn't want its strong inherent culture destroyed by what it sees as Western culture. Interpersonal behavior is different in Russia. Russia is more assertive than it was at the turn of the century. During that period the oil price increased a huge amount so there was large budget surpluses building up in Russia and it emboldened Russia to think that growth would be at that rate, around five and nine percent. When the oil price fell and we had economic crisis in the rest of the world in 2008 it was a hard lesson. The lower oil price and the sanctions regime have forced Russia to localize, to diversify and to modernize much more quickly. We are seeing a very positive period again in Russian history and I think it is now understood that there are differences between the way the West goes about business and conducts its political life and the way Russia does.

Sputnik: You mentioned today that some British boardrooms are a bit risk-adverse and in fact sanctions do not apply to most areas of trade between the UK and Russia.

Roger Munnings: That's exactly right. If you speak to representatives of either government, they are very keen to do more business between the two countries providing sanctions aren't infringed. I spoke to the British ambassador in Russia the other day and I said I'd like to say that the British government was keen to introduce trade between the two countries and he said yes you can, subject to sanctions. But the problem is that if Russia is constantly getting a bad press, which it does in the UK, if there are very serious issues which separate the two countries and are not being talked about at the highest level  — then boardrooms are quite understandably nervous about investing in the country.

So they don't bother to make the journeys that are necessary, they don't bother to build the relationships that are necessary, to take advantage of the very clear opportunities in a country which is trying to increase its GDP from around $8,000 per head to more western levels of around $30,000 per head. Companies who have already invested in Russia understand that it's possible to do business there to a high standard without infringing any of the values that you would have as a British business.

Sputnik: Brexit is seen as a big opportunity for Russian to become an alternative trade partner, and Boris Johnson is going over there next month. Do you hope he will make a big difference and maybe Liam Fox will follow up with trade talks?

Roger Munnings: What I hope most of all is that when the Foreign Secretary visits [Russia] he establishes the relationship with mutual respect with his counterpart so they can discuss difficult issues. Businesses are generally comfortable when there is an umbrella where discussions on difficult issues are taking place over time. I see Brexit slightly differently. Brexit is going to require British companies to think adventurously and be faster on their feet — all of which is good.

Because the newer economies companies, like those in Russia and China, don't have the British legacy they are fast on their feet and if we can get to the stage that we are as quick and as flexible and effective as some of the best ones there, then I think we can make bridges for doing business together and increasing wealth and the well-being of the population, which is what business is about.

Sputnik: You mentioned earlier 'respect, rather than appeasement' (of Russia)?

Roger Munnings: Yes. Appeasement shouldn't be in the lexicon, it shouldn't be in the attitudinal approach. If you have disagreements you have to hammer out those disagreements and state your point of view. Russia is very good at that, very straightforward. We have to do the same. I don't think appeasement comes into it. Appeasement is a weak thing, not a strong thing. If you hold strong views you have to advance them strongly and your interlocutors will respect you for it. That's what I found in business. Certainly not appeasement but you have to get on.

Sputnik: Like in the 1980s Thatcher and Gorbachev spoke to each other at the height of the Cold War?

Russian Business Abroad: Which is the Correct Response to Discrimination?