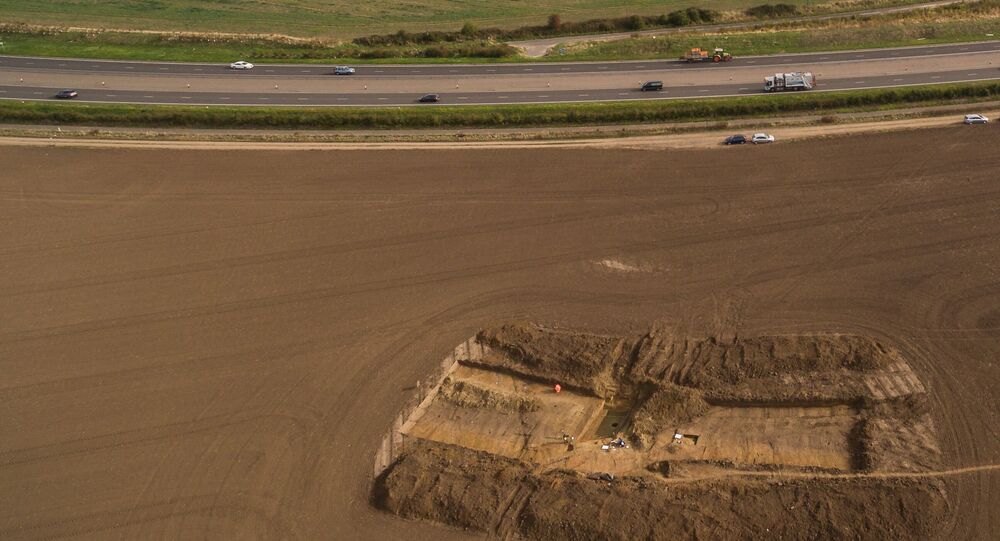 Dr. Andrew Fitzpatrick, a research associate from the University of Leicester's School of Archaeology and Ancient History, said that during excavations in Kent, they found "the remains of the defensive base that takes shape of a ditch five meters wide and two meters deep".

"It covers at least twenty hectares which are in normal terms [tantamount to] about twenty five football pitches, so it's a very big site. It was first discovered when a new road was built and we came across the ditch," he said.

Fitzpatrick added that the archaeologists then realized that they "have something very big and very unusual," and subsequent research concluded that they'd discovered the landing base of Julius Caesar.

The scientist explained that the purpose of Caesar's defensive base at Pegwell Bay was to protect his fleet at sea as he fought a ten-year war across France, Germany, Belgium and Britain.

"The topic of Caesar's landing site has been neglected for over a hundred years and it was thought that the landing site was about fifteen kilometers further south [of Pegwell Bay]," Fitzpatrick said.

According to him, "the main significance of this discovery is that it will refocus attention on an event that has been looked at for a hundred years.

"There is a much bigger historical merit that followed this, because a hundred years later, after Julius Caesar, Britain was invaded by Emperor Claudius. And that becomes a permanent occupation of Britain which lasts between three and four hundred years," he pointed out.

The excavations were conducted at Ebbsfleet, a hamlet on the southern coast of the Isle of Thanet in Southern England's County of Kent. The archaeologists managed to unearth an array of Roman weapons, including a javelin, and other artifacts.