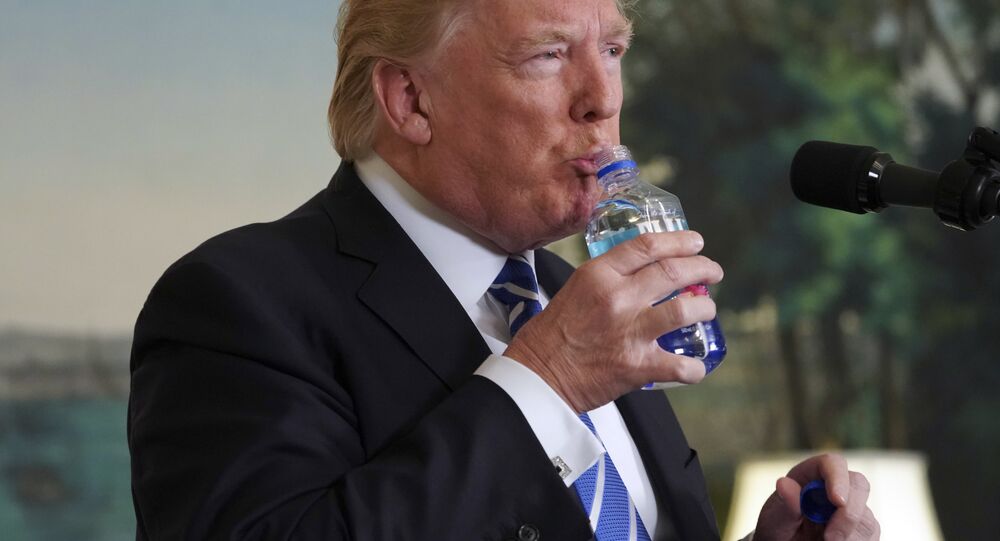 Is Trump Rallying His Base With Anti-Muslim Tweets?

US President Donald Trump had the Twitterverse ablaze Wednesday after retweeting three tweets from Jayda Fransen, the deputy leader of Britain First, a British far-right group.

Of the three tweets, Trump shared video footage of alleged Muslim extremists throwing people off buildings, breaking a Virgin Mary statue, and of a Muslim immigrant beating a boy on crutches.

​Though many, shocked, quickly called out Trump over his offensive behavior, including UK Prime Minister Theresa May, not all say it was bad move for the commander-in-chief.

In fact, Lionel says, they're basically cheering him on.

© AP Photo / Andrew Harnik
'They Just Wanted a Photo Shoot': Trump's Person-of-the-Year Tweet Sends Shockwaves on the Internet
Though both Kiriakou and Becker don't necessarily agree with Lionel's viewpoint, the 59-year-old radio personality noted that Trump is just adhering to the thoughts and beliefs of some Americans, which in turn, only helps him to grow his base.

According to Lionel, Trump, if asked, would say that his tweets "[helped] the United States of America by reaffirming the fact that we stand up against hate and violence."

Sad! Most Liked Tweets of All Time... and Donald Trump Isn't Even in the Top 10

Trump Tweets That He's Named a New Chief of Staff