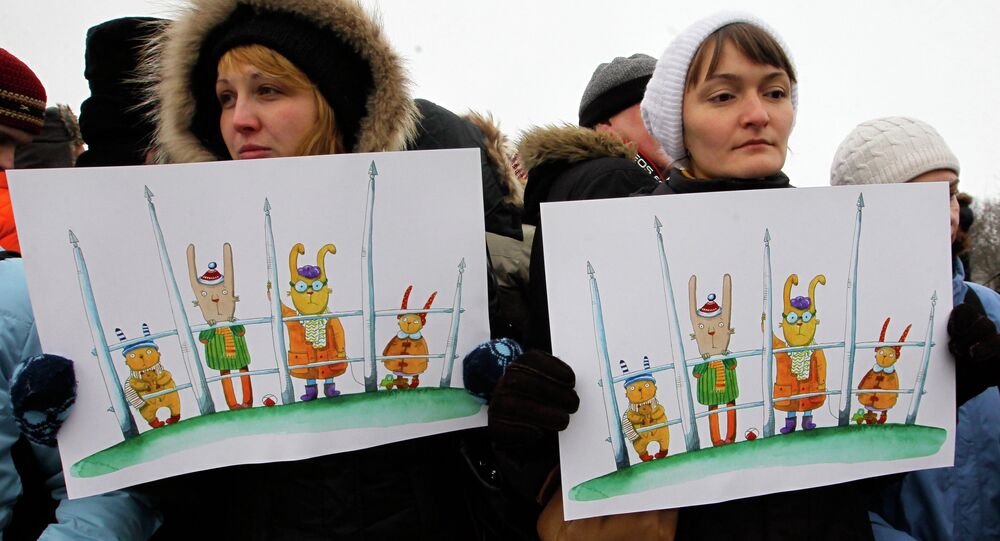 The controversy over the 2009 death of Russian auditor Sergei Magnitsky and the 2012 US sanctions bill bearing his name continues, as Radio Sputnik examines the architect of the sanctions, lobbyist Bill Browder.

The 2012 Magnitsky Act, passed by the US Congress under lobbying from investment fund manager Bill Browder, sanctioned several dozen Russian government officials accused of being complicit in killing Magnitsky to allegedly silence him from exposing fraud in the Russian tax system.

Russian documentarian Andrei Nekrasov, a known critic of Moscow whose biggest claim to fame was a 2007 documentary linking the Russian government to the death of spy Alexander Litvinenko, decided to investigate Magnitsky's death himself. He came up with the controversial 2016 documentary "The Magnitsky Act — Behind the Scenes," which argued that Browder was behind the fraud and supported the Magnitsky Act as revenge against Russian leaders who kicked him out of the country in 2006.

Garland Nixon and Lee Stranahan of Radio Sputnik's Fault Lines spoke to Nekrasov to get his side of the story. "Bill Browder loves talking to the media, but only if a journalist is basically prepared to copy-paste Browder's version of events," Nekrasov said. "He is very clever about not allowing anybody who might challenge his version. I genuinely believed him [at first], but I started to doubt and had some very simple, very polite questions for him."

"The moment I asked those questions, he completely changed. I remember his body language. He became confrontational. He became aggressive. He walked out of an interview, the staff interview, saying that I was spreading the Russian government's propaganda and that was it. He started this campaign against my film even before the film was finished."

When the film was completed, Nekrasov wrote, he scheduled several high-profile viewings, including one before the European Parliament. But Browder intervened to prevent the film from being shown. "The premiere at the European Parliament was canceled at the last moment with the audience already in the room waiting to see the film, which they couldn't show it because the Browder lawyers had basically attacked everybody involved in trying show it."

"The biggest public European TV network asked that its German branch basically canceled the film at the last moment, with trailers already running and the film having been announced. The network boss told me directly, he was afraid of Bill Browder's lawyers. Political pressure to basically denounce my work as Russian propaganda [began] because officially, it was just a legal case. The perception in the press is that the film presents a Russian version of the events, which is completely false because the film is totally independent, very well researched."

"This is telling me that Browder is basically helped by a western political establishment and that's what's troubling. The real story is that there's a censorship in countries which claim not to have any censorship, and not at all a dialogue." Nekrasov adds that he was never given an

© AFP 2020 / GEOFF ROBINS
Canada Sanctions 30 Russian Individuals Over Magnitsky Case
opportunity to present his side of the story in the media. "I was attacked in the press and my answers were not published. This is a very clear political attack on a story, which was researched and told in a totally independent and democratic way."

Nekrasov described his rival Browder as "a formidable political and media operator. One can't deny that, but it's not just because of his talent. He's being helped by some politicians who don't mind being mentioned as part of his campaign, but I'm sure that those are just tip of the iceberg."

"[Browder has] become a public figure. Why? Only because he was making money in Russia. I personally think this is no longer a Russian story, I think the West should be asking questions. The West should be worried that somebody like that, his only credit is that he was successful in making money in, by the way, fairly dubious situations. Here I am again, criticizing Russia, but Browder was a part of that system, which is in many ways corrupt. That's the only track record we can talk about."