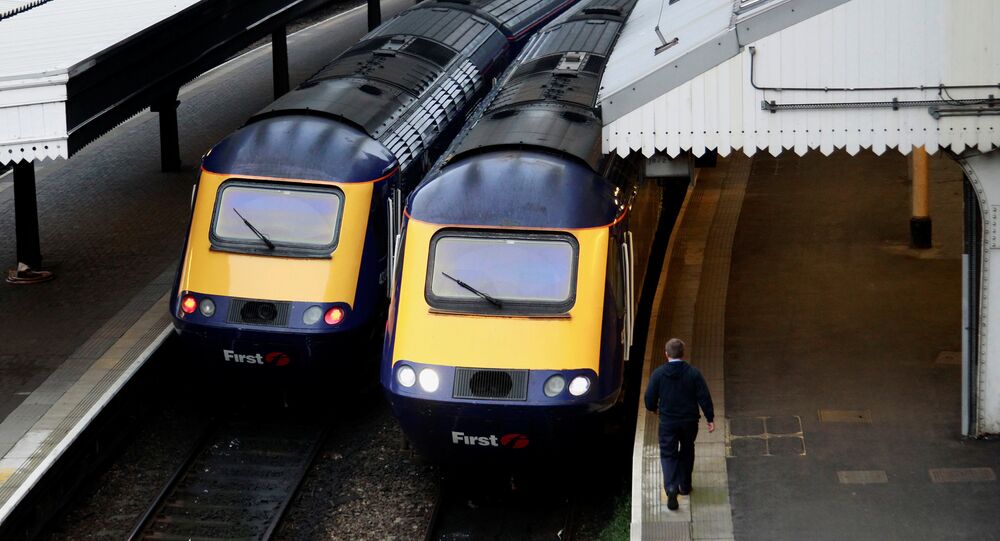 Tories Accused of Wanting to Re-Privatize British Rail by Stealth

The UK Government November 29 unveiled its plans to split up several regional rail services and reopen lines closed decades ago amid accusations from the Rail, Maritime and Transport Union (RMT) that it is working to covertly push further privatization of the nation's railways.

Under the plan, the private operators of different rail lines will also be responsible for maintaining the tracks they run on.

In a statement responding to the government's plans, the general secretary of RMT said:

"It appears that Chris Graylings answer to the disaster of rail privatisation is yet more privatization. Still they rule out the highly popular option of public ownership. That is a scandal."

When asked on the BBC Radio 4 program, the Transport Minister Chris Grayling denied claims the government was seeking to further privatize the rail system.

Ellie Harrison, a spokeswoman for the public group 'Bring Back British Rail,' which campaigns for the renationalization of rail services echoed the sentiments of the RMT.

"The last thing we need is further fragmentation of our railways. This is the cause of many of the problems we currently have, including: incoherent service, duplication and increased costs. We need to re-unify our railways (track maintenance and train operation) under one publicly-owned body," Ms. Harrison told Sputnik.

© AP Photo / Rebecca Naden
UK Labor Leader Corbyn Calls for Railways Renationalisation Over Rail Fare Hike
Many have criticized the break-up of the national service provider for creating a more chaotic and inefficient system which piles fares and added costs onto commuters in addition to paying for the construction of rail infrastructure through taxation.

The sell-off of Britain's rail-transport system has been a highly contentious issue for decades. The national rail service provider, British Rail was privatized between 1994 and 1997 during the Conservative Government of John Major and split into around 100 individual organizations. The Conservative Party used the pretext of the system's poor performance and its allegedly being a drain on government subsidies.