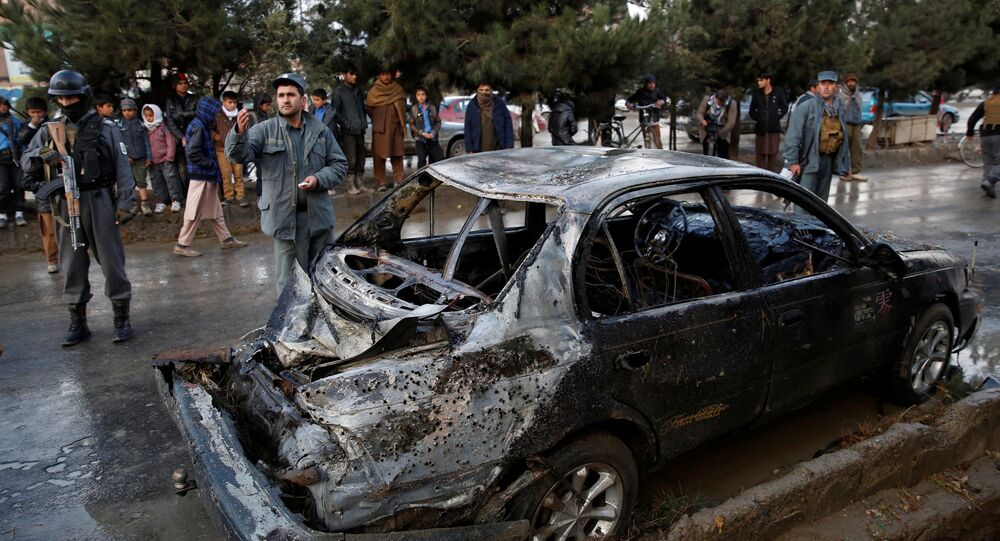 © AP Photo / Allauddin Khan
Members of a breakaway faction of the Taliban militants walk during a gathering, in Shindand district of Herat province, Afghanistan. File photo