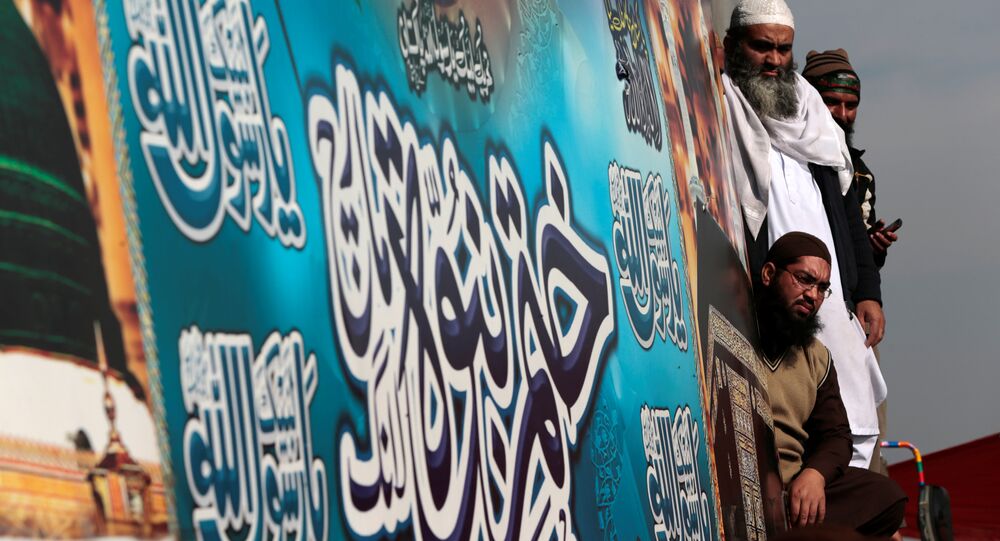 An Islamist group in Pakistan has agreed to end nationwide protests following the resignation of government minister Zahid Hamid. Supporters of the hard-line Tehreek-i-Labaik had accused the minister of breaking strict laws on blasphemy, which in Pakistan is considered a serious offence.

Violence broke out last weekend, as police attempted to violently clear a protest camp in the capital Islamabad and it has led to widespread speculation that Islamism poses a serious threat to Pakistani national security and politics.

Sputnik spoke with Imtiaz Gul, the Executive Director of Centre for Research and Security Studies to get his view on the current situation in Pakistan.

Sputnik: To what extent does Islamism play a role in contemporary Pakistani politics?

Imtiaz Gul: Islamism is being used as a political instrument for power, for all sorts of exploitation. It's nothing new. The past four decades have seen the use of Islamism and Islamic ideologies as a political instrument. Increasingly a lot of politicians, including the ruling party as well as Pakistan's military establishment, have been using this to suit their own objectives and this is what has given rise to smaller groups, which are on the fringes but they end up extracting concessions that the protesters struck yesterday.

Sputnik: Could this lead to an increased security and terrorism threat?

Imtiaz Gul: Islamism and terrorism are two different things. The society as a whole is increasingly perhaps becoming more religious. More and more people are applying the religious prism to understanding socio-political problems vis-a-vis Pakistan's relations with outside countries. Terrorism is something entirely different, the kind of violence that we have seen in Pakistan in the last ten years or so, largely comes from groups, from entities from which are aligned presumably to external forces. They are part of a proxy war that has been imposed on Pakistan by Afghanistan, by India and by groups such as al-Qaeda, so they are two distinctly different things.

Sputnik: What is the Islamists' stance on foreign policy?

Imtiaz Gul: The Islamists of course have a common agenda, almost all religious political groups as well as Islamists look at the West with contempt. They also look at India with disfavor, as well as the United States of America. They look at Muslims as being victims of Western imperialism. So this is the outlook, regardless of which religion or political party and groups we are talking about, whether it's the pacifist party or mainstream religious parties. They all have the same outlook as far as foreign policy is concerned and they want to sever ties with a number of European countries and western countries, which they see as aligned with Israel or with India.

Pakistani Law Minister Steps Down Amid Protests in Capital

Over 200 Injured in Islamabad as Police Disperse Religious Protest- Reports