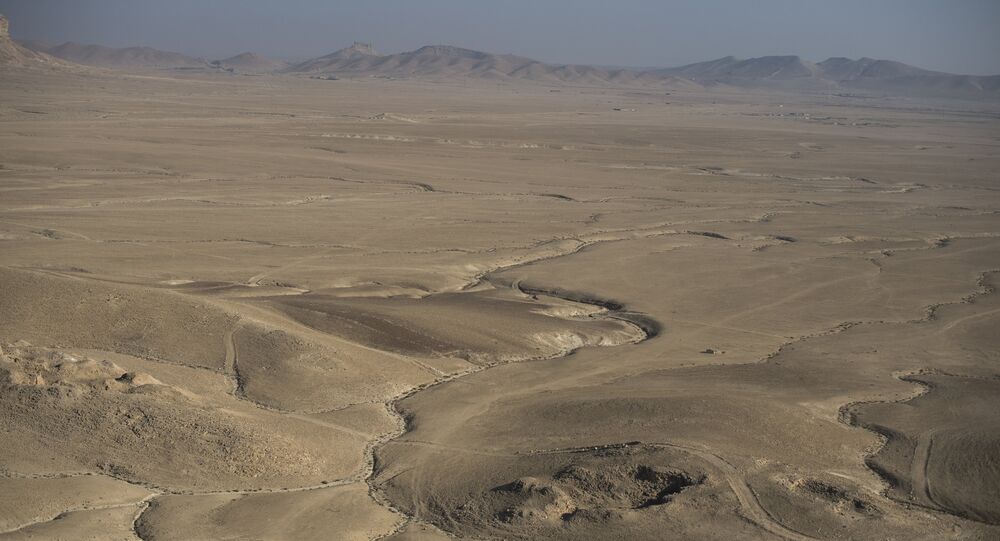 A Russian traveler Dmitry Zhikharev says he is the only rightful owner of Bir Tavil, a no-man’s land in Africa spanning over two thousand square kilometers, bordering Egypt and Sudan. Radio Sputnik spoke with Zhikharev, who now calls himself the Mediterranean King Bir Tavil Dmitry the first.

Sputnik: What is your mission, the idea behind the state that you are creating?

Dmitry Zhikarev: In the beginning it was just a hobby, like operating from a remote unique location. For four years I have been reading stories of some virtual claims of people from homes trying to claim Bir Tavil and rename it or something by creating passports, driving licenses and everything. So my idea in the beginning was clean every claim, get there first, own the land, rename it to Middle-Earth Bir Tavil.

Sputnik: How did you learn about your competitors, you apparently have competitors out there?

Dmitry Zhikarev: They are not competitors, they are pretty much imposters. Keaton claimed that he reached Bir Tavil on camels for 14 hours, so it means he would have to go by air to Bir Tavil with speeds of approximately 16 kilometers per hour and this is not the way you travel through the desert. He had told me that he was driving a car, but knowing this area because immediately after his claim we went there in 2014 and we met with the head of the army of Egypt, we met the head of the police in Egypt; both of them said they never gave permission. They were laughing about the claim and they told us, “Yeah, you can just do the same. You can just step outside the road, take a picture and claim that you have been there.” So we just decided to make it real. We traveled to Sudan.

Sputnik: The trekkers who help you get to Bir Tavil are locals? Do they live there at the same time and are they happy about you creating another country on their land?

Dmitry Zhikarev: There are like 400 people working there as gold miners and they are pretty much expanding. We went there, we introduced ourselves. They don’t really care who is a king or not a king of the area because they are doing a job, just digging for gold, working with very poisonous materials.

Sputnik: So they were okay with you telling them that you will be their king now?

Dmitry Zhikarev: We provide them some tents, because we have several tents with us. Now we have a generator there, we have two [18 square meter] tents and every time we come we stay in these tents. As soon as we leave they can do whatever they want with it. We have an agreement with them.

Sputnik: Do you have any other followers besides the 400 people that are already present there?

Dmitry Zhikarev: We have 3,400 people who are already enlisted as potential citizens of Bir Tavil, although there is no citizenship in a kingdom, of course. But still, the people who want to help us, contribute and they are the ones who are providing us with support in order to build a radio beacon on the land, so now we are going to be broadcasting 24/7 the message “Long Live King Dmitry.”

Shift in US Aid to Africa Signals Emphasis on Politics

About 600 Migrants From Africa Rescued off Spanish Coast

Africa's Growing Importance in the Struggle Between East and West